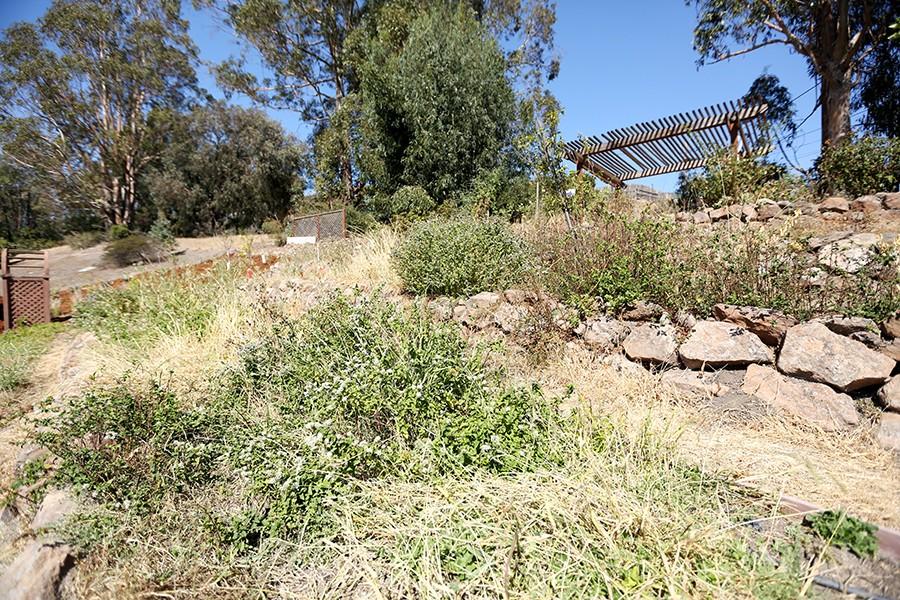 The culinary arts garden received little to no attention over the summer period leading into the fall semester due to the lack of students present and initial semester setbacks such as instruction and picking up seedlings scattered around the hill.

The student-run garden behind the culinary arts department is set to receive restorations after a summer of minimal upkeep.

As students returned for the fall 2015 semester, it was noticeable that the quality of the garden had diminished significantly.

“During the summer no one is here so (the garden) was ignored. But when we get back we usually clean it,” culinary arts department Chairperson Nader Sharkes said.

He said it is common for the garden to diminish in quality but return to bloom several weeks into the new semester.

Sharkes said there are more pressing matters when it comes to initial instruction, roster finalization and picking up seedlings.

But once culinary art students collect seedlings from Sunnyside Farm on Oct. 10, they will begin planting on Oct. 11, after trimming.

Having only walked through the garden to estimate the amount of work ahead of them, culinary arts student Camilo Alberto said they only took a tour to familiarize themselves (with the garden).

“We haven’t started working on the garden yet,” he said.

Playing a role on the progress of the garden has been the weather.

Heather Hansen, a freshman student said, “We’ve only worked on it about one time in the past four weeks. We’re actually avoiding it this week because it’s very hot.”

Culinary arts instructor Elisabeth Schwarz said consistent work began on the garden but is not where she would like it to be at this point in the semester.

Delaying work has made catching up to where they want to be difficult.

Culinary arts student Shuelle Alcaraz said somebody should have been working on the garden over the summer to maintain it.

Because if someone was working on it over the summer it would not be so difficult to improve the garden each semester, she said.

The culinary arts department uses the garden to grow its own herbs and vegetables.

Not only edible resources, it also provides roses to be used in the Three Seasons restaurant as table decor.

Sharkes said he wants to make improvements to the garden to hopefully make it a better place for the culinary arts department and the campus community as a whole.

“I wish I had more bench seating because if you look any time there are people there relaxing, so it’s a good place to just relax,” he said.

Sharkes said he would also like to expand the garden and fixing the hill in need of “help” would add to the garden.

“The main idea, which is ambitious, is to take a little bit of the hill slowly, and expand (the garden)  little by little.

“I would also like to get a trail so you could walk to the other end of the hill (along Campus Drive),” he said. “You could get some exercise.”

Expanding the garden to other parts of the hillside and other improvements are long-term goals that he said will begin to take shape in the fall 2016 semester.

“I would also love to have some grape vines,” Sharkes said.

His primary concern, however, will be helping the garden recover from another summer of minimal upkeep.