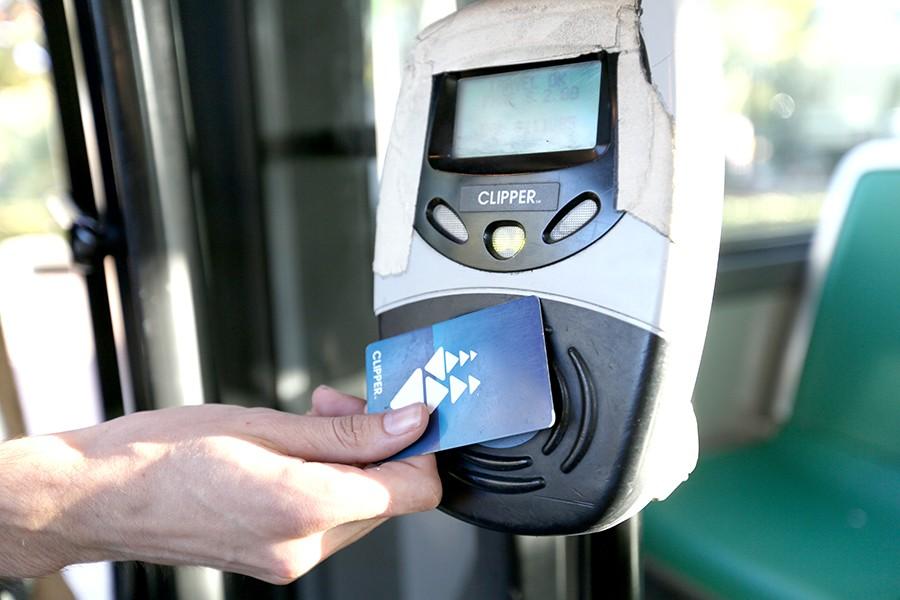 The AC Transit EasyPass program if approved, could implement a fee of $35 to $45 for students to gain total access to the bus system. The EasyPass imprint can also be added to the back of a Clipper Card.

AC Transit has solicited the ASU and Sustainability Committee at Contra Costa College to participate in its EasyPass program for students and staff.

At the Sustainability Committee meeting on Thursday, Goodwin said if the college administration and faculty work with the ASU to implement the program, students would pay an additional fee of $35-$45 each semester  — or about $90 annually.

“That’s pennies on the dollar compared with the regular price of $151,” Goodwin said. “And compare that further with the $7 cost of a ticket for the transbay link.”

If the college were to join the program, she said, it would need administration and faculty support, with the ASU’s endorsement to push a student referendum to the district level to institute the additional fee.

“(EasyPass) would create a fee that every student would have to pay at the start of the semester,” Goodwin said. She said the college would have to assure that at least 100 students will use EasyPass for it to be implemented.

Contra Costa 511 Representative Danielle Carey, who was at both meetings, said, “All students will have to pay a fee if EasyPass passes, but all students can take advantage.”

Counseling assistant MaryKate Rossi, who was at the Sustainability Committee meeting, said she is unsure how students would react to imposing another student fee on top of the $5 Student Activity Fee and $1 Representation Fee.

“When the college first imposed the ($5 SAF), there was an uproar,” Rossi said. “And that was only $5. I can only imagine what that reaction would be now.”

At the ASU meeting, Goodwin said the college administration would create a working committee to define specific costs and limitations based on the definition of all included groups.

“(AC Transit) cannot sway (the college’s) vote,” she said, “but we can show up to events and promote services, and make a priority for (students and faculty) to know about the program and consider a decision.”

Both the ASU and Sustainability Committee supported the idea with the notion that it will cut down the college’s carbon footprint, comply with California’s push to reduce carbon emissions and provide transportation support to those who cannot afford to ride the bus, pay for gas or get to class all together.

Buildings and Grounds Manager Bruce King is in support of the college’s further discussion of the possibility of joining the EasyPass program.

“Students will have to pay a little more now,” King said, “but gain a lot back later.”

Student Life Coordinator Erika Greene agrees with King. Greene said she plans to schedule a meeting for Goodwin to meet with CCC Interim President Mojdeh Mehdizadeh before the end of the month.

Greene said the meeting would consist of Goodwin, Mehdizadeh, ASU members and the college community, and would discuss creating a referendum that can work with the Contra Costa Community College District’s policies and procedures.

“If we get the process going now, we can roll out the (EasyPass program) by spring,” Greene said. “All we need is to have (the ASU) vote by the end of the semester and we would spend the rest of spring advertising.

“This is a chance for the ASU to do something big that isn’t just voting on another event,” she said.

However, not all feel the same as the current ASU board. Hispanic Serving Institution STEM employee Ysrael Condori said, during his term as former ASU president, the board rejected the EasyPass program because of the cost to students.

“The price per student for EasyPass goes down the more students who participate,” Condori said. “It seemed like a great idea, but we were not sure we would have enough students to (participate).”