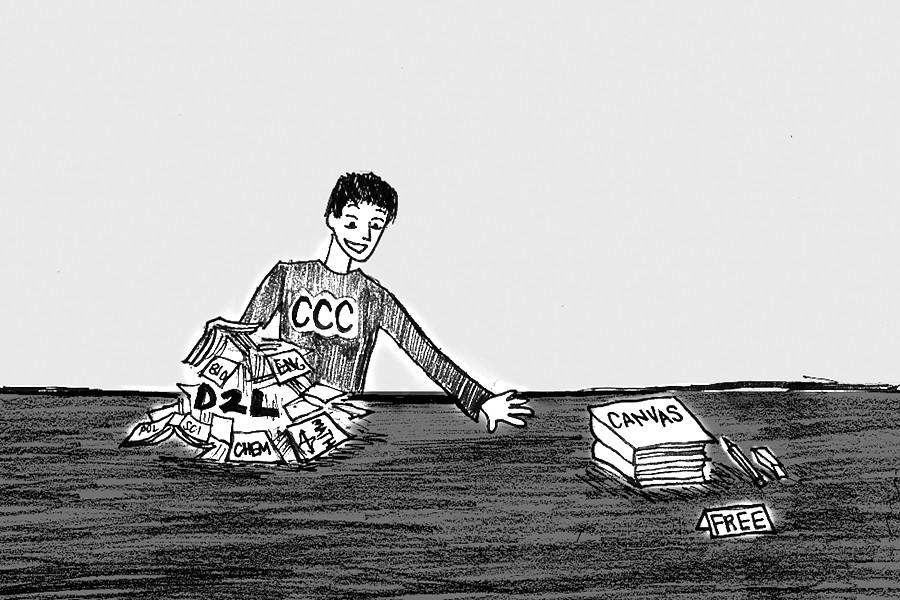 It is clear now.

Since the Contra Costa Community College District experienced its first semester using Desire to Learn as its only online learning system, it should have picked its second choice — Canvas.

The Advocate agrees that deciding between the four vendors that responded to the district’s request for proposals in order to select a districtwide online education vendor was no easy task. Especially in 2012 during times of economic uncertainty and ongoing budget cuts.

This year, however, the California Community College Chancellor’s Office has received its largest budget in recent memory from Gov. Jerry Brown to bolster student success than it had anticipated when it created its Online Education Initiative in the midst of that recession.

So when the state is offering to pay the district to switch over from the maddening lack of support from D2L as an online learning system to Canvas’ user friendly, regularly updated software through 2018-19, and at a discounted rate of two thirds of the price afterward without having to sever ties with D2L immediately — it is an obvious choice.

The Advocate urges that the academic senates from Diablo Valley College and Los Medanos College act quickly to follow the example set by Contra Costa College’s Academic Senate and endorse the switch over to a new online learning system that is much simpler for faculty, and especially students, to use.

OEI Statewide Program Director Steve Klein said if the Governing Board voted to join, then the college would be able to begin the 18-month long transition period by April 2016.

This timeframe would give faculty and students across its three campuses enough time to wean itself off D2L and embrace Canvas’ tools and resources.

Further, The Advocate partially agrees with Interim President Mojdeh Mehdizadeh who said the district was approached at a convenient time, considering that it just renewed its contract with D2L for another two years.

At first it may seem like a waste of money, but Mehdizadeh said the experation date of the renewed contract with D2L coincidently matches up with time frame that would allow the district to adopt Canvas districtwide without having to endure another year of blackouts and its inept email system.

But this scenario will only happen if people involved with the decision at all three colleges act quickly to ensure that the Governing Board will vote to join the OEI based off the recommendation that the district’s Consultation Council will share with the board at its Nov. 10 meeting.

And while Klein said that if the state’s OEI funding runs out after 2019 the district would be stuck with having to pay $10 per student to keep Canvas, that amount would still be cheaper than D2L’s current annual rate.