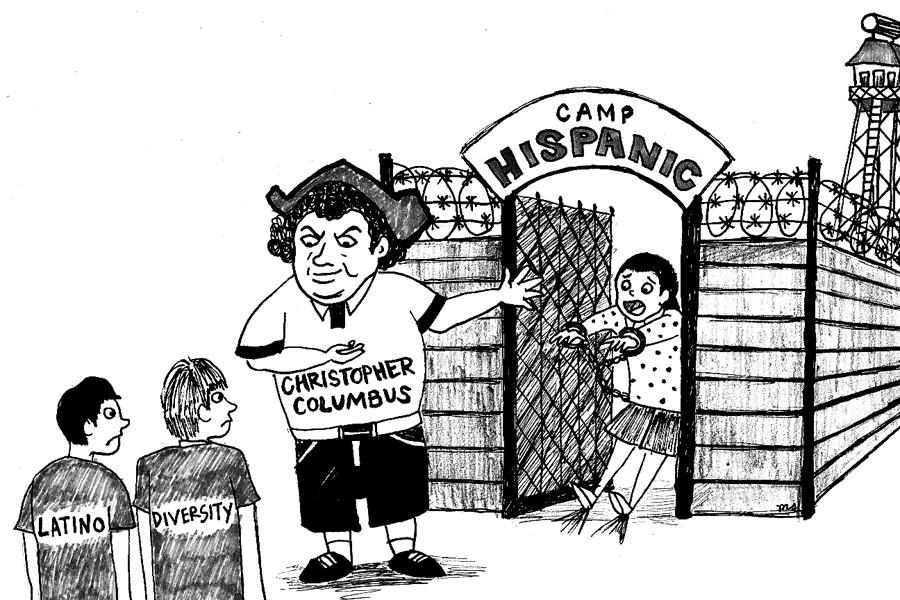 The United States Census Bureau gives people who have cultural ties to Central and South American countries the option of filing as either Hispanic or Latino.
It seems that many federal and state institutions, including the California Community Colleges Chancellor’s Office, consider these umbrella terms that are interchangeable, but they are not.
According to the Chancellor’s Office online DataMart, Hispanics made up about 39 percent of Contra Costa College’s student ethnic demographic during the 2014-15 academic year.
And out of the 2.4 million students statewide, 40 percent of these students filed as Hispanic, but only because they were not given the option to identify themselves as Latino.
The Advocate denounces the umbrella term Hispanic because of the derogatory implications to the Chicanos and Chicanas who battled for access and fair treatment in education during the Civil Rights Movement of the 1960s and early 70s.
Further, it is appalling that the Chancellor’s Office only gives its students, who have cultural ties to Central and South American countries, enrolling into its 113 campuses, the option to file only under Hispanic.
Latino is a more acceptable term, as it was developed to categorize the pan-ethnic populous of immigrants from South America to the United States in the 1980s, an influx sparked by various civil wars fueled by the War on Drugs under the Ronald Reagan administration.
While the categorization of people ranging across dozens of different cultures under the term Hispanic was developed as a political tool that would give Republican candidates more votes as Mexican, Cuban and Puerto Rican populations increased in the early 20th century, the term is more offensive than Latino because of its ties to European conquistadors who eradicated cultures indiscriminately.
The origin of the umbrella term Hispanic dates back to 1492, when Christopher Columbus landed near the Americas with the intent to conquer and enslave.
While Columbus never reached the continents of North or South America, his arrival in the Caribbean doomed the indigenous people throughout the Western Hemisphere and set the foundations for 500 years of subjugation and racial violence.
He planted the first seed of racialism in the island he would come to govern by force — Hispaniola. This legacy of hate, greed and xenophobia lives on within the word Hispanic.
The Advocate realizes there needs to be an umbrella term to describe such an eclectic group of cultures in the political scape in the U.S.
But unless institutions take steps to eliminate the word Hispanic, then they are perpetuating the lingering legacy of racial hate that Columbus instilled into the modern world.