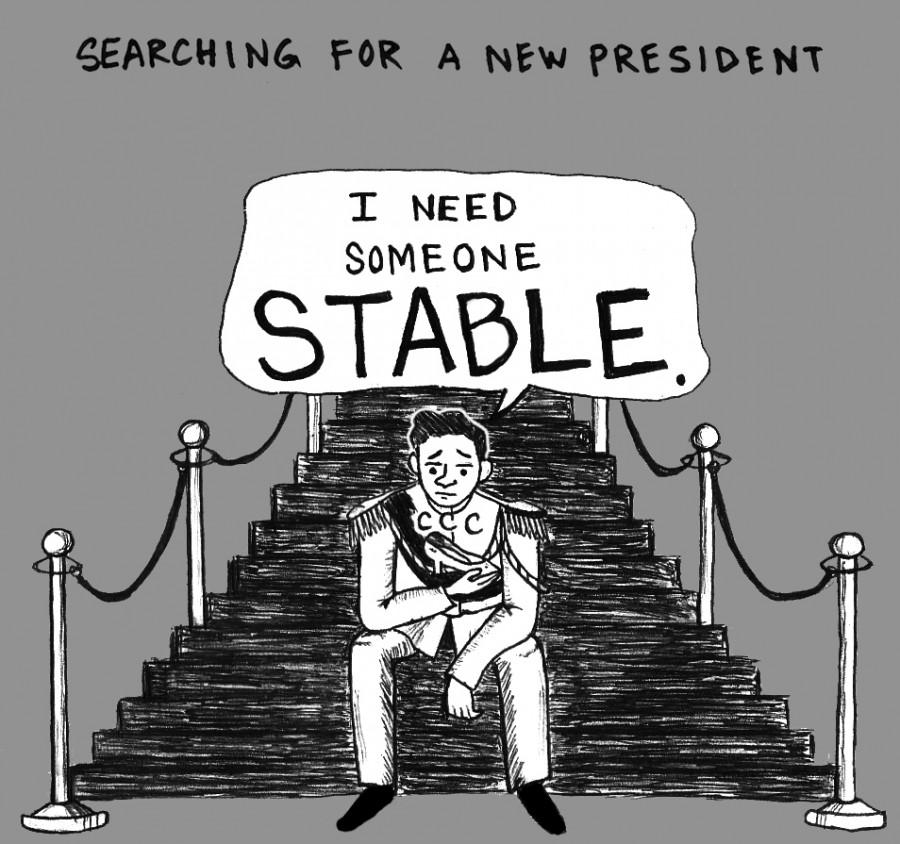 Almost a year has passed since the search for Contra Costa College’s president began, and there has been nothing to show for the efforts other than having to turn away three presidential finalists last spring and spend $40,000 of the district’s money.

During the 2015 spring semester, the Contra Costa Community College District contracted the Association of Community College Trustees Executive Search Service to advertise the position online and narrow the nationwide search down to 20 candidates.

Meanwhile, the district appointed a Presidential Search Committee that was comprised of 15 members from various constituencies on campus and at the district. This group narrowed the list of candidates to three finalists.

Based on district hiring procedures, members of the committee were solicited by Chancellor Helen Benjamin from the college Management Council, United Faculty, Academic Senate, Local 1, Classified Senate and the Associated Students Union president.

At the district level, Dr. Benjamin appointed two representatives each from the Governing Board and Chancellor’s Office and one from the Diversity, Inclusion, and Innovation Office for the committee.

So when an open forum was held on May 20 in the Knox Center, featuring the three presidential finalists, many faculty, students and community members took the time to show up to ask questions of the candidates — and they hoped their participation would show results.

Instead, the only explanation Benjamin gave when the finalists were discarded after consulting with the Governing Board and the Presidential Search Committee was that they were “not qualified” for the position.

Now, as the college begins its search for a president again, transparency is needed during this search to avoid unanswered questions that arose when the three candidates were turned away without much of an explanation.

One hurried decision, however, needs no explanation.

The Advocate commends Interim College President Mojdeh Mehdizadeh during her short term for taking charge to improve the college’s strategic plan — to address the accreditation stipulation given to the college earlier this year — and agreeing to hold the interim position until the presidential search process is repeated and the college has a new leader.

There have been only 10 presidents in the college’s storied 66-year history. Yet, there has never been a time within the last 20 years that the presidency at CCC has loomed so precariously.

Once the Campus Center and Classroom Building project is done by the fall of 2016, the college is expected to see an increase in enrollment.

Inclusive decision-making is needed for the college to appoint a permanent president who is “qualified” to capture enrollment and grow FTES through stable leadership.