Winning effort does not translate to victory 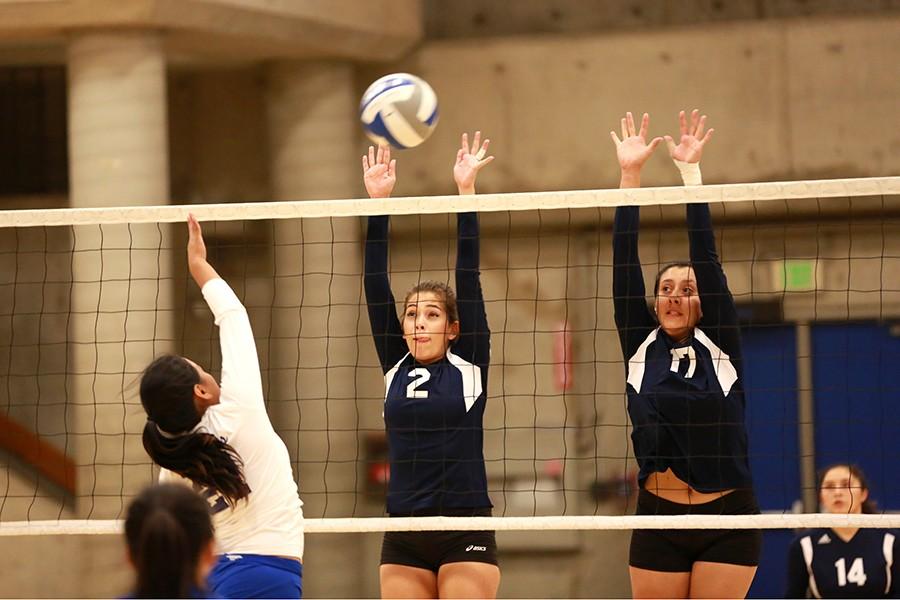 The volleyball team played its final road match of the year, facing the College of Alameda for the second time this season and falling once again in straight sets 25-10, 25-6 and 25-18 Friday in Alameda.

The Cougars are by no means a volleyball powerhouse, nestled just two spots above the Comets who own the bottom spot in the BVC.

In the pair’s first game, CCC matched its highest point total in any set thus far (21), but still fell in straight sets Oct. 14 at home. The Comets failed to match that output in Friday’s game but still remained competitive, tallying 18 points in its final losing set.

“In the last set we got back to working as a team,” Comet outside hitter Arcenia Macedo said. “We knew we could play better like we did in the first set, so we really tried our hardest in the last.”

To open the match, CCC mirrored the Cougars’ effort and intensity.

When the set got out of hand, Comet players held firm, refusing to quit in the face of a relentless Cougar attack.

Offensive output was not lost for the Comets. Outside hitter Deanna Craighead (four kills and 16 targeted attacks) and middle blocker Alejandra Galvez (six kills and 17 targeted attacks and six digs) worked to keep the squad in the match.

“I felt like we played at the same pace as them (Alameda),” Craighead said. “We had a good chance, so it helped me play tougher.”

However, in the second set things fell apart for CCC.

Rather than fight through miscues, the team began to focus on its mistakes. The trend devolved into poor defensive communication and completely dissolved the unit’s ability to work as a team.

The third was the most productive match for the Comets.

The team put aside its poor showing in the second set and galvanized around the unified effort it offered in the first.

It began to play with the confidence of a team that came just four points shy of winning a set versus the same Cougar team just a month earlier.

The Comets battled in the third, exchanging volleys and solid serving with the Cougars, keeping the match close from beginning to end.

In practice, with such a young team the focus has been learning to work through adverse situations and maintaining a positive attitude while improving fundamentally.

“The third was the best set we played this year,” CCC coach Christy Tianero said. “We were neck and neck until the end.”

The team’s valiant final effort fell short and the 25-18 third set eventually slipped into the hands of Alameda.

The Comets played their final game of the season Tuesday night after press time.