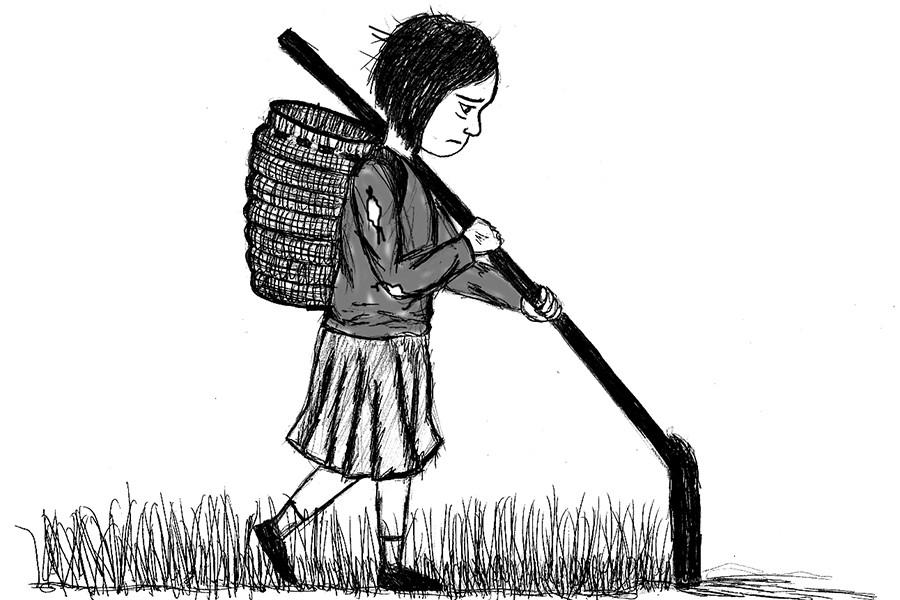 The lack of immigration reform and the nonacceptance of immigrants entering the country has been an big issue for quite some time now.

The idea that many have, and refuse to see a different side to, is that immigrants come here to steal jobs, increase crime and benefit from the government’s aid without working for it. People opposing immigration do not take into consideration the reasons that lead people to choose to leave behind everything in hopes of something better.

In many cases, the common factor for immigrating to the U.S. is the violence occurring in their countries. The main cause of the violence is gang related. Not only does the presence of gangs produce violence in the areas which they occupy, but gang members also recruit new members from ages as young as 10 years old.

They often do not take “no” for an answer and the family of the youth then opts for sending their children to the U.S. According to the Huffington Post in 2014, 69,000 children from El Salvador, Guatemala and Honduras crossed the U.S-Mexican border into the U.S.

The children and teens crossing the border to the U.S. are doing so alone — that is, without their parents or guardians to accompany them. Rather than being treated as refugees, nothing is being done for the children who have successfully crossed the border.

While there are some who have been granted immunity there are still 67,699 of the 112,784 pending cases unresolved, regarding immigrant children, according to the U.S. immigration program for Migration Policy.

The overwhelming amount of children entering the country leads to detention facilities being filled. Many of the children could not be claimed by their biological parents because of the fear of being deported, so they are put in the custody of other relatives. That would seem fine, but the negligence with which the process takes place causes many of these children to fall victim to “modern day slavery.” Such was the case of several Guatemalan teens who were found in a rundown trailer park in Ohio where they were being forced to work on an egg farm.

This moved Ohio Sen. Rob Portman to launch an investigation into the process and policies regarding the assigning of the immigrant children to “relatives.”

A 56-page Senate investigative report was recently released in which the details of this negligence is explained. According to the report by the Office of Refugee Resettlement, which is an agency of the Department of Health and Human Services, it did not take the necessary steps to ensure the protection and well being of the children. Proper background checks, for the adults that took in migrant children, were not done.

To make matters worse, sponsors were permitted to take custody of many children even if they were unrelated to them.

Oftentimes the children were  placed in homes that were not vetted first and were not visited later on. This process led to the labor trafficking of hundreds of migrant children. The children, subjected to labor trafficking, were kept in locations against their will and were forced to work long hours for little to no pay. In other cases, the sponsors gave incorrect information, so when social workers did attempt to check on the children they were not found at the address that had been given.

Even when released into the care of biological relatives, the situation did not always go well for the children.

One case was reported in The Washington Post. The article talked about a Salvadoran boy who was released into the care of his previously abusive father, despite having told this to a caseworker. The father was forcing him to work with no pay, kept him in the basement and offered him very little food.

It is unacceptable that children who have fled their countries in search of safety now have the issue of not being properly represented or cared for by the country they thought would be their savior. If the U.S. does not want to provide the children that are flooding their borders any asylum, then the least it should do is ensure that the handling of these children is being carefully done.

Regardless of their legal status in this country, they are still children and should not be subjected to abuse or carelessness, especially at the hands of the “great” United States of America.

A reform in immigration policy is necessary so that families suffering through these or similar situations can have a chance at a normal life with as many opportunities and resources as they can acquire.

And if the government does not want to assist these children or their families in obtaining legal stature, then the least it should do is to make sure that their temporary solution is actually carried out well in a way that does not put children in absolute danger.