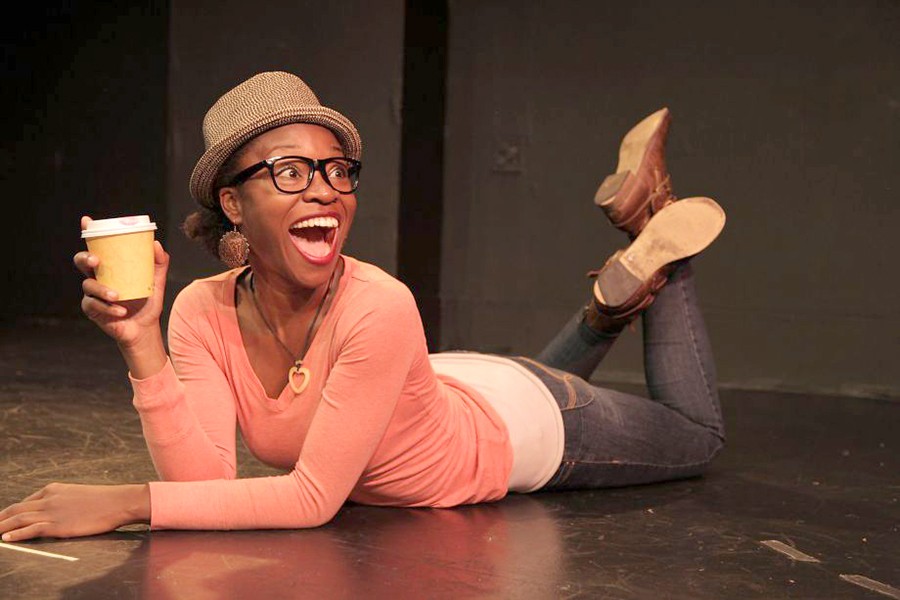 Actress Echo Brown’s one-woman show “Black Virgins Are Not for Hipsters” will be held in the Knox Center at 2:30 p.m. on Tuesday. The free performance will also have a Q-and-A session afterward.

A burst of liveliness and inspiring dialogue will be presented in the form of a play highlighting African-American experiences on Tuesday at 2:30 p.m. in the Knox Center.

The free performances are organized by Office of Diversity, Inclusion and Innovation at the District Office in collaboration with the drama department chairpersons from the three colleges in the district.

“The show is powerful and has a lot of messages about race, class, gender and identity,” CCC Vice President Tammeil Gilkerson said. “While it is one woman’s experience as a black female, it has depth that resonates across color lines and gender.”

Succinctly, “Black Virgins Are Not For Hipsters” features Brown recalling her dating experiences when losing her virginity to a white hipster and her struggles as an African-American woman.

She said the show explores the challenges of trying to embrace your beauty while being a dark skinned woman in a society that still doesn’t celebrate dark skin in the same fashion as light skin.

“The show tries to paint a picture of the multi-dimensionality of black womanhood challenging stereotypes,” she said. “It also paints a more substantial and meaningful picture of what it means to be a black woman in society.”

Her initial intention when writing “Black Virgins Are Not For Hipsters” was to produce a show depicting all her past dating “escapades” and how she found dating in the Bay Area difficult, Brown said.

“But as I started to write the show, several of my own life traumas started to emerge and I realized I was writing a very different show,” she said.

“During the development stage, I would rehearse three hours a day, for four days a week,” she said.

Not only has the play brought a sense of community to the district, but “Black Virgins Are Not For Hipsters” was nominated for both the Outstanding Solo Production and the Will Glickman Award.

“In 16 years that I have been teaching in the CCC drama department, I have never seen something so special,” drama professor Kathryn McCarthy said. “This is a play that is going to speak to a widely diverse audience.”

McCarthy said the play touches on both comedy and serious subject matter.

Some instructors on campus have even assigned their students to watch the play give them the opportunity to decipher the cultural and racial barriers in 21st century American culture.

“I have assigned the play to my students to promote self-pride,” African-American studies department Chairperson Carolyn Hodge said.

“I want for students to embrace their culture and color and understand other people of color as well because we have come together so many times in history.”

Theater major Derian Espenoza said he plans to attend it with his friends.

“What drew me into the play is that it’s a one-woman show,” he said. “The play looks modern and the hipster thing sounds new. As a theater major, I love watching plays and heard from my instructors that it is good. I am looking forward to it.”