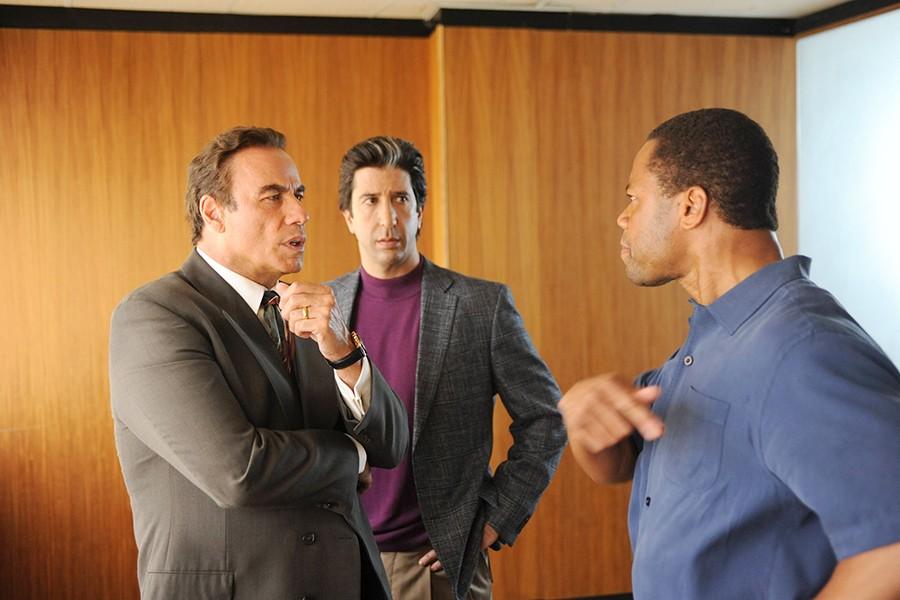 Before one of the most infamous double murders of the 1990s turned a football legend into a wanted man, O.J. Simpson (played by Cuba Gooding Jr.) had retired from his successful career and began acting and broadcasting football games.

But “The People vs. O.J. Simpson: American Crime Story,” hits the nail on the head and manages to display the darkest and most disturbing side of him — one of the reasons why it’s too good to miss.

The new FX series, aired Tuesdays at 10 p.m., re-enacts true crime stories, as well as events, and examines every aspect from every angle, giving the audience an in-depth view of what happens both behind the scenes and in the public eye. In this season, the murder of Simpson’s former wife Nicole Brown Simpson and her friend Ronald Goldman is investigated once again.

The episode, appropriately titled “From the Ashes of Tragedy,” begins with actual footage of the Rodney King riots and Los Angeles police department brutality. The intense scene gives insight into how the LAPD treated African-Americans at the time, as well as the current events happening at the time of Simpson’s trial.

But I had to note something that stood out at the beginning of the episode — the footage is unfortunately reminiscent of today’s police brutality aimed at young unarmed African- Americans. During that decade there were known to be several instances of LAPD discrimination against African-Americans. In the middle of the episode, Dennis Schatzman (Leonard Roberts) discusses the issue at a radio station. “The black-white double standard endures.”

It is all too clear for anyone to see how guilty Simpson is. Gooding Jr. does a great job playing a suspenseful Simpson. At the end of the episode, viewers are left with anticipation when Simpson writes a suicide note and flees from his home at the sight of the police. The audience is left with another infamous scene — the Ford Bronco car chase on Los Angeles freeways.

The chase was televised live on network affiliates all over the U.S. as episode two begins. It is titled “The Run of His Life.” More news coverage shows the lawyer from Prosecutor Marcia Clark’s (Sarah Paulson) team asking if anyone knows Simpson’s whereabouts, calling him a “fugitive of justice.”

As Simpson’s legal team watches, a prosecuting lawyer points out how it is obvious that he is guilty and that she hopes they catch him. Prosecutor Christopher Darden says, “You don’t know that. They are just tearing down another black man.” The scene cuts back to the freeway chase where viewers are able to see how it began, when two witnesses notice the Bronco behind them. They quickly recognize Simpson in the backseat, and excitedly pull over to the call box and report the sighting to the police.

The scene builds with anticipation, but then abruptly brings it down as the police stop the car in the middle of the freeway, surrounding Simpson, who is holding a gun to his head, and the driver, his friend Al Cowlings. But the police allow them to drive away.

Simpson’s friend Robert Kardashian (David Schwimmer) must have felt the world’s weight on his shoulders when he listens on the phone as Simpson sobs, telling him he loves his family and that he’s on his way to see his mother.

A mob of supporters and fans clear roads everywhere they drive. Cowlings finally pulls into Simpson’s driveway, the LAPD surround them once again as Simpson clutches his gun, sobbing. Kardashian convinces him to step out of the car and he is arrested.

The third episode covers the events leading to the trial. Simply titled “The Dream Team,” Simpson recruits what he believes to be the best lawyers possible to defend him. Their strategy relies heavily on race and showing how the LAPD discriminates against African-American men.

Although discrimination exists, this situation is different. Simpson is charged with killing his former wife and Goldman and there is evidence in plain sight. We will have to keep watching to see how it all goes down.