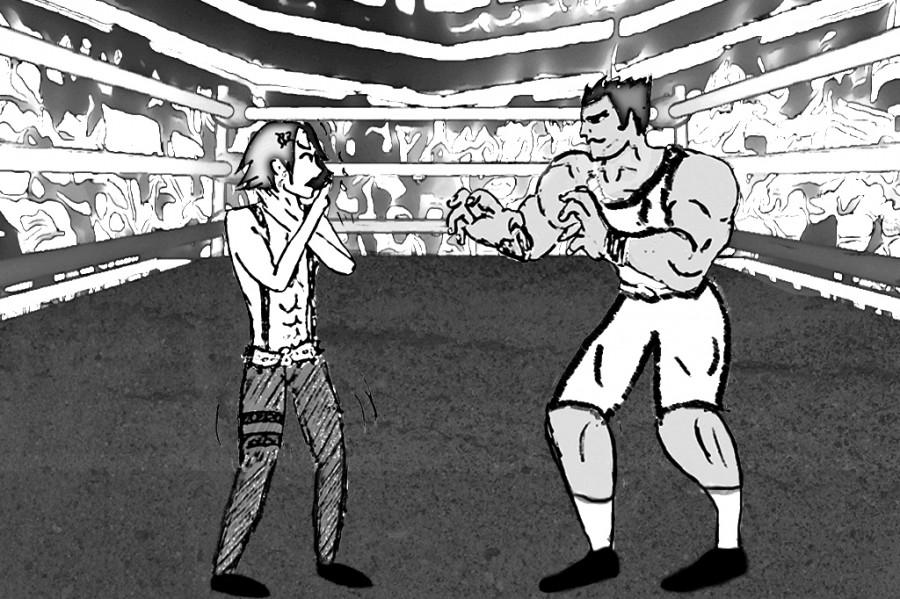 Located within the Gym Annex Building adjacent to the Fitness Center lies a room which houses classes such as yoga and Pilates. However the large wrestling mat in the room is not being used for its intended purpose.

None of the three colleges in the Contra Costa Community College District currently has a wrestling team.

Stephen Butler, a senior at John Swett High School, said attending a community college to continue wrestling at a collegiate level would be something he would consider. Butler lives in Crockett.

It would be too far of a commute to go to Sacramento City College, Santa Rosa Junior College or Chabot College to wrestle, he said.

Butler said the opportunity to wrestle in college for a nearby institution, like Contra Costa College, would be a good opportunity.

Few community colleges in or near the Bay Area have a wrestling team save for a few such as Skyline College, Chabot College and Santa Rosa Junior College.

However, these colleges are not in a local area to support the wrestlers in the seven nearby high schools in the Bay Shore Conference.

CCC freshman Andy De La Campa said he would have liked to continue wrestling after high school in college if it were available.

There is nowhere to go for the 13 other high schools students on wrestling teams in Contra Costa County’s Bay Valley and Diablo Valley conferences.

“I planned to attempt to wrestle at a university,” said Stemen, “If that didn’t work I would have tried to wrestle at Diablo Valley or CCC.”

Stemen said if wrestling was offered at CCC it would be a consideration for him because he plans on wrestling in college no matter what.

Out of the 10 Northern California community colleges with wrestling teams, zero are located in Contra Costa County or Solano County.

At CCC, wrestling is not a viable option because of the lack of student interest, Athletic Director John Wade said.

When students attempted to petition for an MMA club on campus last spring, there was not enough interest to even fill out the necessary paperwork.

Students need to show interest to make the adding of a sport viable, Wade said.

Last semester, CCC held a meeting for female students interested in athletics to discuss whether adding another sport to the women’s sports on campus was something they are interested in.

Wrestling was one of the sports up for discussion. However it garnered zero interest from the students on campus.

Rachel Smith, resuming her studies in the fall semester, wrestled two years in high school. She said the opportunity to wrestle in college would be something she would consider.

“Wrestling at a college level would be something I would like to do.”

However, there seems to be a general lack of interest in forming an intercollegiate wrestling team among both male and female students who presently attend the college.