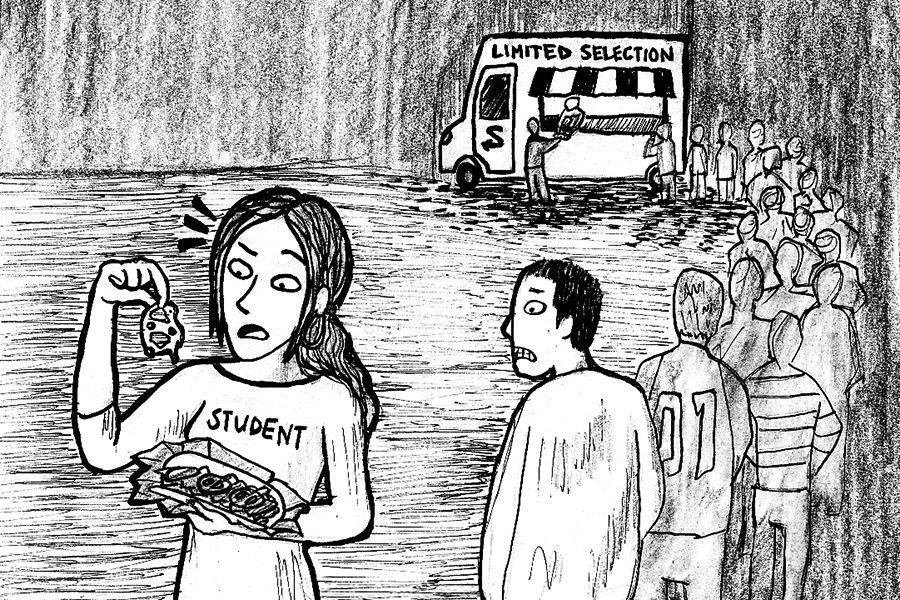 By The Advocate , Editorial Board

For more than a decade, Contra Costa College faculty and students have been limited to three on-campus food options. Until now.

A new food vendor is a long time coming for people on campus who are limited to eating at the Three Seasons Restaurant, Subway or the Bookstore. But it is unfair that the group responsible for selecting the new vendor did not ask for a wide range of student or faculty input because of a district business policy.

Business Services Director Mariles Magalong said the name of the vendor cannot be disclosed because of the college business policy states that releasing information could affect the looming Governing Board decision on May 25.

After the contract is approved, Magalong said the new food vendor, selected by a small group of administrators and ASU members, will be announced on contracosta.edu and will be housed in the Campus Center building, along with Subway and the college’s culinary arts department, beginning this fall.

Committee members and others involved in the initial selection who are refusing to provide information may want to let people know, but because of the opaque business policy they are told to keep quiet or risk having the board shoot down the contract.

Being inclusive would have been simple. Administrators could have asked the Student Life Office to create an online survey, send it to students and faculty and then analyze the results after a few weeks.

But the ad-hoc Food Vendor Committee has already sifted through multiple proposals, tasted various dishes and sent the finalist to the district for approval. So why not tell the community which business was chosen to serve us? It seems unreasonable for a group to withhold information that affects such a large portion of the campus community — not just students.

It is especially concerning that we won’t know what kind of food the new vendor sells when the options on campus, except some of the meals served at the Three Seasons, are reflective of the surrounding food desert that is Richmond/San Pablo.

A food desert occurs in a low-income area that has a disproportionate number of fast food outlets, liquor stores and few supermarkets.

Both the Bookstore and Subway lack healthy, fresh food that students need to stay energized throughout the day. Three Seasons sometimes has vegan or vegetarian options, but not consistently. And it closes early.

Night students are even less well off. They have to resort to getting food off campus, or from the vending machine in the Liberal Arts Building.

College President Mojdeh Mehdizadeh, who was one of the people involved in the vendor interviews and taste-testing, said that the new vendor will be a healthy and tasty alternative to the present options.

While that is comforting, the campus community should have been asked what kind of new food vendor we would like to see in the new building, especially after being limited to only three for so long.