ASU Board denies vote of ‘no confidence’ against its president

Compromise vote bans Syon from running for re-election, allows for ASU Board to negotiate his $500 stipend 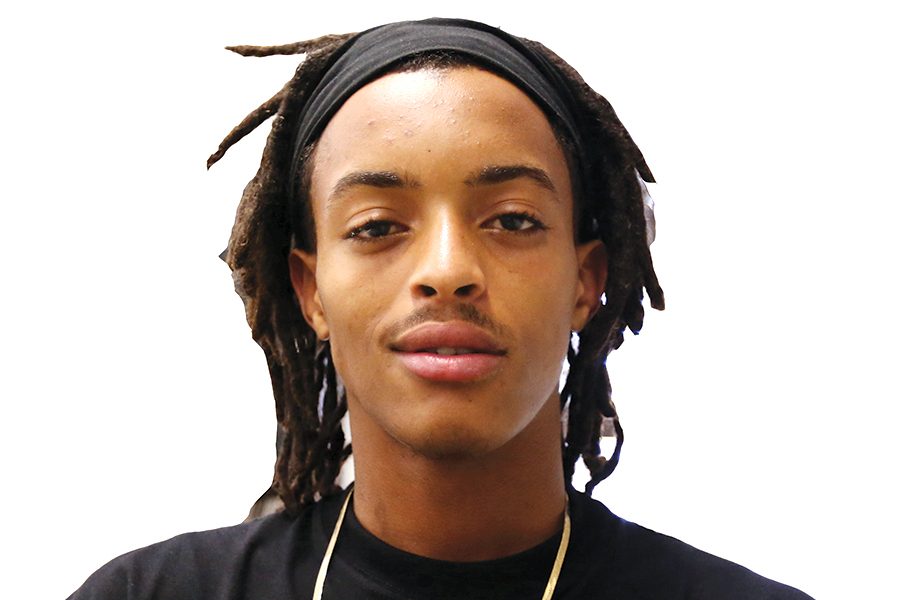 Nakari Syon will be allowed to finish his term as Associated Student Union president after all.

The ASU Board passed a compromise vote banning Syon from running for re-election after voting down a motion of “no confidence,” that would have ended his presidency and revoked his $500 annual stipend, at a meeting in AA-109 on Wednesday.

“Last week we agreed to not talk about the vote of ‘no confidence,’ but since our president talked about it to The Advocate we might as well talk about it,” Contra Costa College ASU Senator Francis Sanson said to open the discussion item at the meeting.

The vote of “no confidence,” put into a motion by Director of Public Relations Richa Dahal and seconded by Sanson, received three “yes” votes, five “no” votes and one “abstention” at the meeting.

If the motion had passed by a three-fourths vote of the ASU Board, Syon would have immediately been demoted to senator and would not have been allowed to run for any executive position for the 2016-17 college year or receive his $500 stipend.

Instead, the second motion was passed with six “yes” votes to three “no” votes.

Dahal said the compromise allows Syon to finish his term, but not run for re-election, because he failed to meet his obligations as ASU president and for his “immature” behavior in the ASU Office.

“We had countless meetings to talk about what you haven’t been able to accomplish in your term (as president) and we have given you so many chances,” Dahal said to Syon during the meeting. “(Student Activity Coordinator Erika Greene) recommended that you don’t run for the next term and you stormed out (of the ASU Office) and created a bigger mess.”

“I hear you. I hear all of it,” Syon said at the meeting. “I own up to my failures and my accountability. You know this is a touchy subject, but I’ve been trying. You know? And that’s all I can really say at this point. I’ve been trying and I have taken into consideration what everyone says. I reached out to try and get support but you know I can’t please, or change or accommodate the change that you all think is fit to see in the time frame you (all) need to see it.”

Sanson, at the ASU meeting, said the vote of “no confidence” began when Syon removed himself as the only student from the college’s Presidential Search Advisory Committee, and when they found out that he had not attended many shared governance meetings that are required under ASU Bylaws Section 2 Article II.

Chen was not at the ASU Board meeting and did not vote because she was one of the students honored at CCC’s Foundation Scholarship ceremony that was held at the same time on Wednesday.

“And as (Sanson) said, (Syon) made the whole (ASU Board) look bad,” Dahal said. “I found out that you wanted to come to a (private) compromise (with the dean on Monday ) because you felt like you were a leader and that you have learned — But judging by your actions last week I don’t think you have grown as a leader.”

At the ASU meeting, Parliamentarian Ryan Villareal said because he was not involved in the vote of “no confidence” meetings he is not quite sure if grievances aired in the letter against Syon are fair.

“I would say I feel like I’m in a relationship with all members of the ASU Board, however, I have known (Syon) the longest,” Villareal said during the meeting. “And I feel like at any point, if any one of you got a vote of ‘no confidence’ I would really question that. I feel like this right here is something that, sometimes (an individual’s) progression isn’t going to be seen right away. You know what I mean? And sometimes (it may be seen) right away. You know six months, longer or a year. But to say that no progress, no growth, (or) no changes are coming, you are giving up before the change is coming.”

ASU President of Club of Affairs Safi Ward-Davis said, “It’s not like we are saying he won’t have a chance to grow later on, but as of right now the board is not confident in him being its leader. The things listed on documentation that they wrote are the things every president before and (after) him will have to do.

“These positions that we take as leaders in here and the duties we have to do have never changed. Nothing new has been added to the mix.”

“(Syon has) been contributing, but not as much as he should be,” she said to Syon toward the end of the discussion at the meeting. “And I think a senator position would be better a fit for you because you are unable to fulfill your duties as president.”

The original compromise was agreed upon a month before the ASU Board meeting during several meetings with Greene, Dean of Student Services Vicki Ferguson, Vice President of Club Affairs Safi Ward-Davis, Syon and the ASU members who pushed the vote of “no confidence.”

Related to the vote of “no confidence” are the terms to his stipend, a check that each ASU executive officer receives for meeting their obligations.

Ward-Davis said the original agreement did allow Syon to still receive up to the full $500 stipend check despite failing to meet his obligations as president of the ASU.

Syon said he never agreed to the condition that he is not entitled to the full amount of money at the private meetings, and it was removed in the compromise vote at the ASU meeting.

Ward-Davis, during the ASU Board proceedings, said, “They were going to give you a stipend, but when you made it open to The Advocate about vote of ‘no confidence,’ they took (removing your stipend) and put it back into play.”

Greene said the final agreement removed that stipulation, and how much Syon will be paid at the end of his term will be determined by the ASU Board at an internal meeting today, Greene said.

The vote of “no confidence” was originally tabled because an agreement was reached at two private meetings between Ferguson, those who wrote the letter and Syon, Greene said.

But because Syon sent an email in late April to the Elections Committee Chairperson Chen stating that he was still planning to run for the 2016-17 presidency, the vote “of no confidence” was served as a motion at an official meeting.

“If you were in this situation that I’m in now,” Syon said in response to the grievances put against him at the meeting, “I would have taken time to schedule meetings to voice my concerns to you (earlier). So that way I could be more direct, and I could understand what it is that you don’t like, or what you want to see corrected or changed because I would have respected that input. I would have. Ask anyone else.”

The ASU members who voted against the “no confidence” letter, except Ward-Davis who voted “no” and Villareal who abstained, have only been a part of the ASU for two months.

Two of the four members who pushed the vote of “no confidence,” Dahal and Chen, have been ASU members since Syon began his term in August 2015 ‑ when the ASU only had seven members.