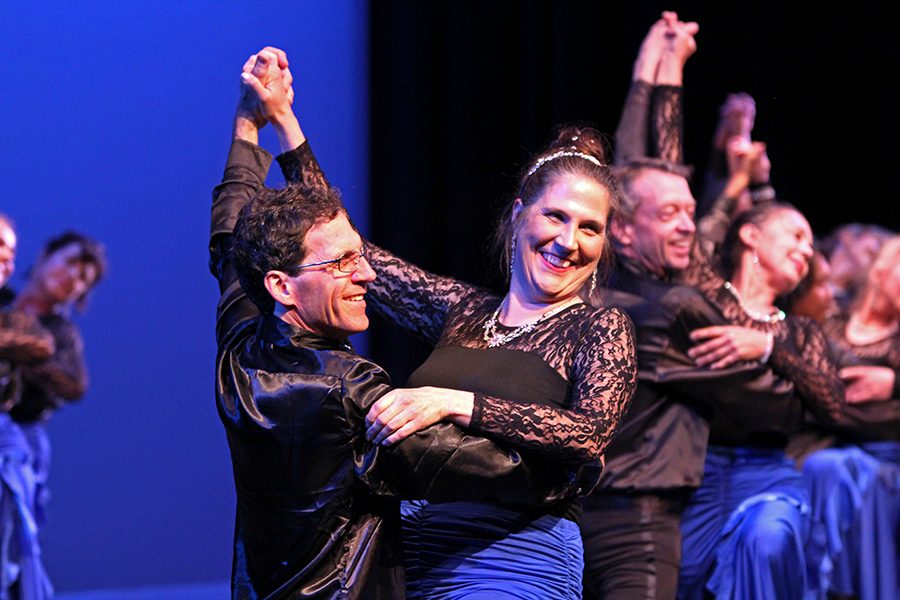 This year’s Dance Jam took place on May 13 and 14, beginning at 7:30 p.m., and included performances by students of the college’s various dance classes and local youth dance groups.

The Knox Center, nearly filled and held the audience of the evening’s performances. The dancers executing the dance pieces were mainly Contra Costa College students. The participants were students of the African, hip-hop, jazz, ballet, ballroom, Latin, tango and ensemble classes.

The dance pieces demonstrated effort in their planning and practicing on the part of the dancers. The dancers were very much in sync and often received much applause before they had even finished their routines.

“Everyone put their hearts into it,” audience member Alice Harper said.

The choreography of the performances were coordinated not only with their music and attire, but with the lights and backdrop of the stage. The technical crew ensured that everything went smoothly and correctly. “It took a lot of patience,” Latifah Mills, psychology major, said.

Many of the performances included a message behind them. “They all sent a message definitely,” Michard Johnson, psychology major, said.

In the Helms Cougars Dance Team’s performance, Aftermath, they acted out a scene in which homeless people fought one another for resources and then wielded bats as weapons as they marched back and forth and charged at the audience.

Their skit and dance was meant to show the problems going on in the world, such as police brutality, global warming, the economy and education to name a few of those mentioned.

Stewart wrote the spoken word to describe how dance helped her to find herself and develop as a young black woman by providing her with confidence and self-worth.

One of the topics of their pieces, “Things Every Woman Should Know: A Dance in Prose,” spoke about women being whole and “not in pieces” like the girls that boys seemed to prefer and “learn from the women that have been there before you, share stories of the ones who come after.”

“To see young people having a voice to speak was important. We don’t often hear from youth that way,” Latanya Tigner, adjunct dance professor, said.

The dance ensemble and Imajik Theater were the performances with bigger groups and their dancing ranged from ballroom, Latin, salsa and African reggae.

With each of the performances their clothing changed according to the kind of music.

An example was the fiery red and ruffled skirts for the Latin dancing, suspenders for the men in the ballroom dancing and neon colored tops for the Zumba performance.

The African dance students wore straw skirts and traditional clothing for their performance.

The performances showed different genres of dance and the entire event appeared quite well rounded.

Dance Jam allowed the students and professors of the college’s dance classes to show the work they have done throughout their semester.

Apart from showing their skills and what they have learned, students and professors hope that others will take in interest in joining a dance class.

“We’re a real dance family,” Melissa Hadiyanto, liberal arts major, said. Fliers with upcoming summer dance classes were handed out at the end of the show.

The dance professors encouraged the audience, and anyone else interested, to join them. “Everyone is very supportive,” Marie Frank said.

Whether people decide to take classes on campus or not, the performances allow for dance to be shared with others.

“Dancing and physical education are such an inherent part of healthy life. It has to be shared within the community, family and surrounding businesses for a multicultural community,” Oscar Ivan Solano Jr., Zumba professor, said.