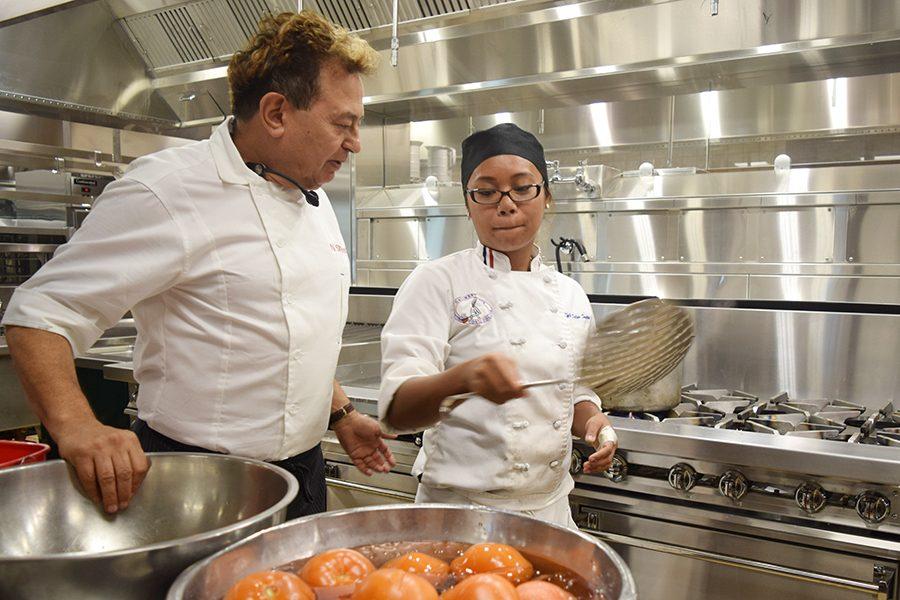 With the new Campus Center being opened fall 2016, the culinary arts department found itself transitioning into a new era and modern amenities in the Student and Administration Building.

Previously located in the Applied Arts Building, when the Campus Center opened on Aug. 12, the department officially moved into the Student and Administration Building.

The department rebranded its dietary persona opting for a different selection on campus. Pronto Cafe will replace The Switch and Aqua Terra Grill will be replacing the long-time Three Seasons Restaurant.

The new dining locations will both open Sept. 6, with operating hours of 11 a.m. to 1:15 p.m. on Tuesday, Wednesday and Thursday.

Aqua Terra, a name inspired by its close proximity to the Rheem Creek, is a formal sit-down dining experience. The tile flooring, dark wood tables, art on the wall (donated by local artists) and natural light sets the desired mood, Sharkes said.

He said Aqua Terra is a place that will not only provide a good dining experience for the college’s population, but will also be a valuable place for culinary arts students to learn.

The new space also allows the culinary arts department to hold most of its events in Aqua Terra rather than in the Applied Arts Building, Sharkes said.

The bar area inside Aqua Terra gives students the ability to practice making beverages as a barista, alongside their normal food service.

Sharkes said adding a course for students to obtain brewmaster certification is the next step in developing student knowledge. The kitchen is also improved with new  equipment like ovens, stoves and cooking utensils. Some equipment, like shelves, was brought over from the old facility in the Applied Arts Building.

“About five or six years ago, when we were planning this, I took inspiration from the top culinary schools on the East Coast, like Johnson and Wales University and the Culinary Institute of America,” Sharkes said.

He said his objective was to bring what he saw at the high-end culinary schools to Contra Costa College, extending his effort to make this the best college culinary arts department in the Bay Area.

With the completion of a big project there are naturally some issues that occur, Sharkes said. There are some issues with working on the audio-visual equipment in Aqua Terra, and some tables being off balance.

Media major Derian Espinoza said Three Seasons had mixed reviews from all of his friends. He said he is willing to try out Aqua Terra this semester. Espinoza said he has tried the newly opened Brix Grill on campus and enjoyed it.

Sharkes said he likes having competition on campus from Brix, the Bookstore and the Student Lounge snack bar.

Drama major Cody Poehnelt said he is going to eat at all the places available. He said he’s happy to finally have some variety of food on campus.

Sharkes said the competition gives the campus a university feel and is a great way to keep student morale up.