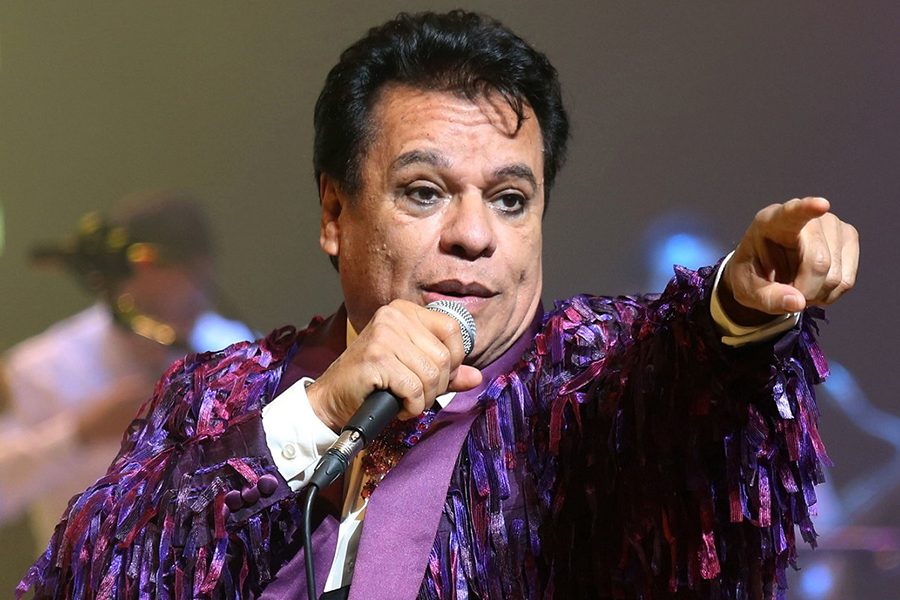 Juan Gabriel, born, Alberto Aguilera Valdez, was considered by many to be the most successful entertainer in the history of Mexican popular music.

He passed away while on his “MeXXIco Es Todo” tour in the U.S.

Immediately after his death, Mexican President Enrique Pena Nieto offered The Palace of Fine Arts in Mexico City as a place for his fans to view and pay respects to his remains.

But as an orphaned teenager, Gabriel traveled to Mexico City three times in search of getting discovered in the music industry.

Gabriel’s low income status led him to sleep in a bus and train stations during his journey.

Once he was imprisoned for stealing a guitar. Gabriel denied that he stole it and openly claimed he was wrongly accused of that crime.

Contra Costa College counselor Norma Valdez-Jimenez said, “His music crossed borders. We are going to listen to his music for a very long time.”

At age 21, Gabriel signed his first record deal when he made his third trip to Mexico City and shortly after he released his first major hit called “No Tengo Dinero.”

Valdez-Jimenez said, “Even though I do not know much about his discography, I can tell what is a Juan Gabriel song when it comes on the radio.”

Some of the most popular songs by Juan Gabriel are tied to his life and family struggles.

“‘Amor Eterno’ is a song he wrote for his mother when she died. That song is now popular at funerals,” she said.

The news of his untimely death came as a shock to everybody who was a fan of music.

“A friend of mine posted on Facebook the day of his death and said ‘Mexico suffered a heart attack (Aug. 29),” Valdez-Jimenez said.

Many reports have said that pneumonia played a part in his death, but that is yet to be confirmed.

Ordaz said, “Juan Gabriel’s death was felt very hard around Latin America and also here at home in the states.”

Durcal and Gabriel had a very loving friendship that echoed through their collaborative music projects during his long career.

Also, he has won an MTV music award for Best Track of 1999 and got a star on Hollywood walk of fame.

He is compared to Elton John, Prince and Elvis Presley by many media outlets, but he was unique and special to be compared to anyone.

“Some of the songs he wrote were specifically related to his life, but others were just vessels for his fans,” Ordaz said,

Valdez-Jimenez said, “You cannot compare him to American icons because it does not do him justice. He is his own persona and his upbringing is incomparable.”

Gabriel was born in Paracuaro, Michoacan on Jan. 7, 1950 into a low income farming family where he was the youngest of 10 children.

His father was taken to a psychiatric hospital when he was very young, so his mother moved the family to the border town of Ciudad Juarez to take a job as a maid.

Once in the border town of Juarez, Gabriel’s mother could not support her all of her children and Gabriel became an orphan.

But even after losing his family, he always kept performing in restaurants, composing songs and practicing his talents.

He leaves a lasting and extensive discography for to be enjoyed by generations to come Valdez-Jimenez said.