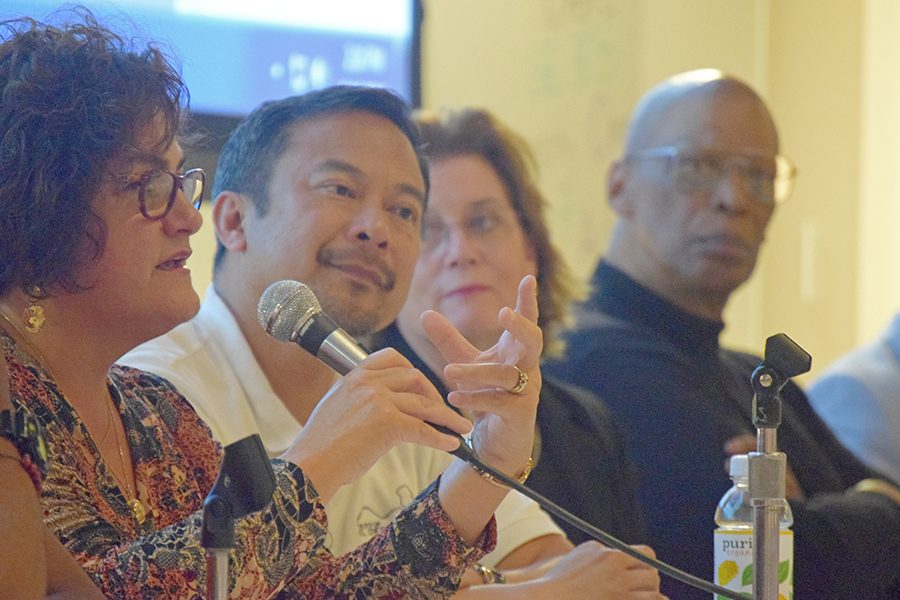 The rough and tumble world of politics and the depths some candidates sink to hoping to ensure victory were the topic of the COPA (Community Organizing and Political Activism) club’s second annual film and panel discussion, held Friday in GE-225.

The Film “Street Fight” details the failed 2002 mayoral candidacy of current New Jersey State Senator Cory Booker and the work it takes to unseat an incumbent.

“In New Jersey, the only way an incumbent leaves office is death or conviction,” Booker said in the documentary as the cameraman panned the disadvantaged neighborhood that housed the candidate’s shabby campaign headquarters.

In Booker’s case, the incumbent was Sharpe James, a man who served five consecutive four-year terms as mayor of Newark before eventually being sentenced to 27 months in jail after being convicted of fraud in 2008.

As volatile as the political climate is today, some of the tactics used by James to defeat Booker made for more than a few cringe-worthy moments.

James, to a room full of his own supporters said of Booker, “He’s a f****t white boy who takes money from the KKK.”

James and Booker are both African-American.

“Nothing changes in my opinion. The film fired me up. I’m excited to keep pursuing politics,” Walker-Griffin said. “It’s an uphill battle and the film shows that despite obstacles you must keep going.”

As with most COPA events, those in attendance were offered an opportunity to take advantage of a renewed sense of political energy.

This event featured voter registration table and paid job opportunities presented by the Asian Pacific Environmental Network (APEN) for those who wanted to get involved at the grassroots level of the electoral process.

“There were a lot of students who came by the table to check out the information, some of them registered to vote,” APEN community organizer Megan Zapanta said.

The discussion portion of the event was short, but many students who watched the film wondered how some of the tactics used to discredit Booker by his opponent did not garner a larger swath of media attention.

Hercules City Councilwoman Chris Kelley, one of the invited panelists, reminded the students of the contentious relationship between the media and the democratic electoral process.

“Media is all about ratings, and ratings come down to money,” Kelley said. “Ethical questions don’t get answered in the media. In that respect the old saying is true — if it bleeds it leads.”

McNeil pointed out, everyone involved in the political process is not there to promote the general welfare. Some are there solely for power or other self-serving issues.

“The media has political functions in terms of spin, in terms of framework and how a candidate is presented,” McNeil said.

“Street Fight” was more than a film showing the rise of a little known politician on his path to becoming a household name. It was a tale of perseverance and of not compromising moral integrity in the face of an opponent prepared to take any unscrupulous path to retain a position of power.

“If you blaze through trails, you have to be ready to face the headwinds,” McNeil said.