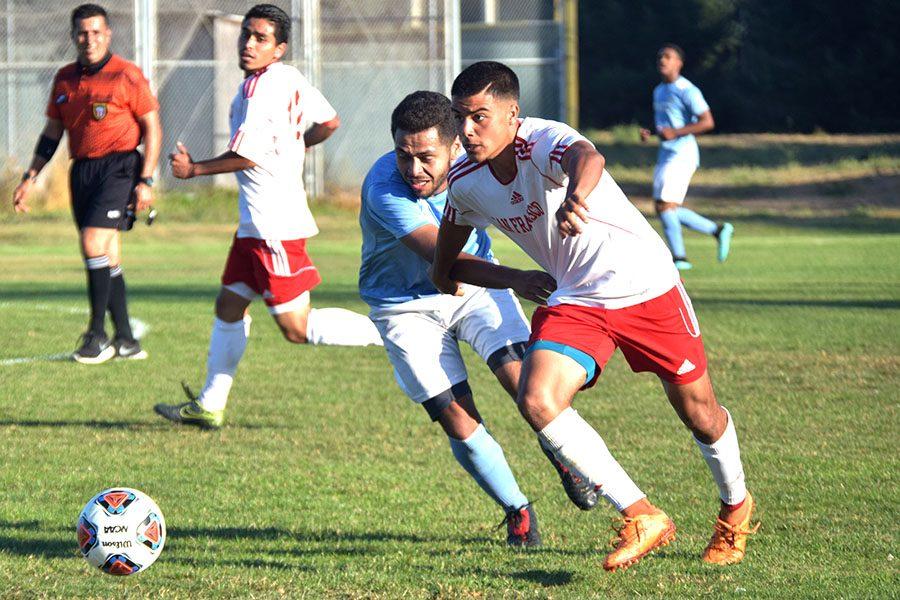 Comet coach Nikki Ferguson said, “we weren’t awake those 10 minutes, I’ll take responsibility for that, we overlooked them and did not expect them to be that competitive.”

After the two goals the Comets were alert and started to build up scoring opportunities by gaining more possession and adding pressure on the Rams first third of the field.

“I think the team responded very well, unfortunately we did not get the result we wanted,” Torres said.

In minute 41 of the first half the Comets got one back when forward Jordan Fletchero got a rebound after a few headers in the box and blasted it right down the middle past the goalkeeper.

As the second half went on the Comets started to become more dangerous in attack but could not finish their opportunities in front of goal.

The Rams coach Adam Lucarelli said, “(CCC) is a very good team, they had us on our heels for the majority of the game but we held up good against them.”

The referring in the game was very questionable at certain points, there were many fouls against CCSF that could of easily been dismissed.

Lucarelli said, “I don’t like to be a harsh critic of referees but they did make a good number of mistakes today.”

“The referring made it harder for our guys to get the win today but I’m really proud of my guys, they earned it,” he also said.

With two minutes’ left in regular time, Fletchero received a upper-hand advantage from the Rams goalkeeper when he passed the ball right to the forward’s feet. Fletchero ran with the ball into the box and tried to fake the goalkeeper to his right but the keeper was in the right position to swipe the ball away.

“(Fletchero) worked hard to get into that position but it was unfortunate that he couldn’t finish that opportunity,” Ferguson said.

The Comets have a busy week ahead of them, they play Thursday away at Evergreen Valley College at 7 p.m. Then Saturday at home against Lassen College at 6 p.m.