Snowden hacks his way on screen 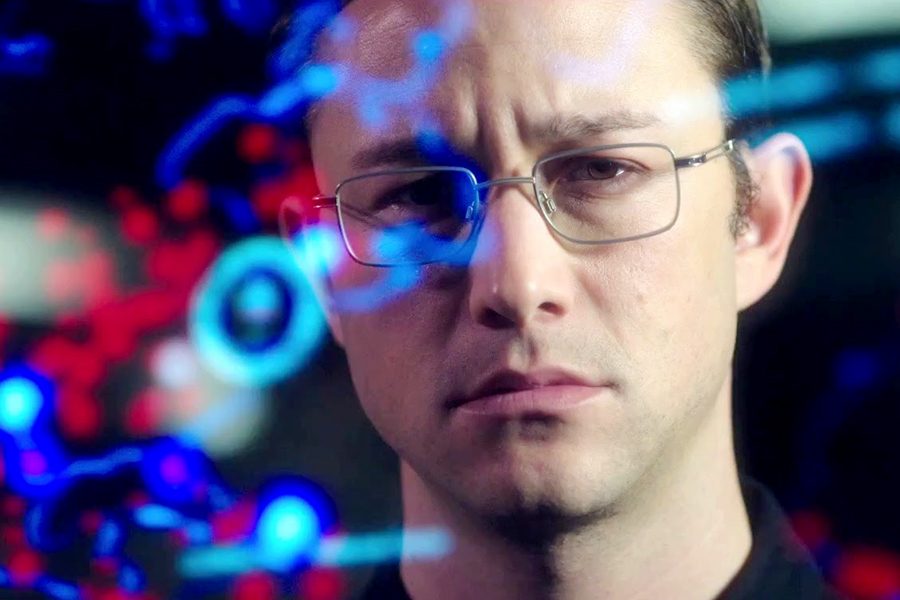 Everyone knows what Edward Snowden did to gain his fame, or as some see it, infamy. If you haven’t yet heard of Snowden this movie will teach just about everything you need to know.

The movie goes over roughly 10 years in the life of Snowden, the CIA operative that leaked NSA surveillance documents to the world. Beginning with his past in the United States Special Forces, his time in the CIA and his leak of classified documents.

One of my biggest fears when heading to the theater to see this film was that it would be a “spy movie,” but I can happily tell you this is not Jason Bourne or Mission Impossible. Director Oliver Stone did a fantastic job of not making Snowden into an action hero but instead showing people his fears, insecurities and brilliance.

Joseph Gordon Levitt is captivating as Snowden. His acting is so convincing that it was hard to believe it wasn’t actually Snowden playing himself. Levitt truly incorporates the body and mind of the whistleblower.

The way Levitt changes his tone, intonation and mannerisms to match Snowden is a terrifying treat. It’s amazing to see how far the little boy from “3rd Rock from the Sun” has come.

Shailene Woodley’s performance as Snowden’s girlfriend, Lindsay Mills, is fantastic. She does a great job of counteracting Levitt’s distant and stoic Snowden with her light hearted and optimistic Mills. Woodley’s experience in dramatic movies makes us feel every part of her characters struggle to be in such a difficult relationship.

The supporting cast is truly amazing and all do their part to bring the movie to life. My one gripe with Snowden was casting director Lucy Beven’s choice to cast Nicolas Cage into the movie.

His performance was fine, but the actor himself was distracting to the film as most people in the audience began talking when Cage appeared on screen. Despite his role being small there is something about Cage that takes away from the immersive nature of the project and reminds you that you are in fact in a theater watching actors play these roles.

That is but a minor distraction in a great film. Snowden is captivating and moving and does a fantastic job of showing audiences the struggle of a man caught between the government and his desire to expose its immoral agenda.

There are two scenes that stuck with me after leaving the theater. When given a test that required him to build a program on his computer, destroy it and then recover he finishes the test in 38 minutes. Despite the test taking most people 5-8 hours to complete.

This was a fantastic way to show the audience just how smart and apt with computers Snowden is.

The second scene to stick with me is when Snowden smuggles out the information from inside the CIA using a Rubik’s Cube. That scene is destined to be considered the most memorable moment of the film. The scence shows Snowden’s ability to quickly come up with solutions and how he used his now famous Rubik’s Cube to make a clean getaway.

If you are worried at all about the authenticity of the film and how it measures up to what actually happened, you don’t need to. The real life counter-part was in contact with Oliver Stone throughout to answer any questions that Stone might have.

In the film, Snowden’s character is so deeply developed that it doesn’t give the characters surrounding him much room to be fleshed out. We don’t get a chance to see Snowden’s up bringing or any of his life before the CIA.

The little we do learn about his childhood or family life is quickly mentioned in passing conversations. This is a movie that demands your full attention.

Missing one sentence of dialogue can leave you confused.

I was especially sad to see that we didn’t get a chance to learn too much about Mills’s character. Mills serves mostly as Snowden’s anchor to the world outside of the CIA and to show his transformation from CIA operative to paranoid whistleblower.

Their relationship is one of the most fascinating parts of the film to watch. We get to see how they meet, fall in love and eventually how the things Snowden is unable to tell her tear them apart.

Snowden does not fail to entertain, teach and amaze its audience. Its cast is fantastic and its director knew exactly the type of movie he was creating.