Undocumented residents should be able to vote legally

It is intolerable that the only way I can vote is through the “back door”of the voting process. 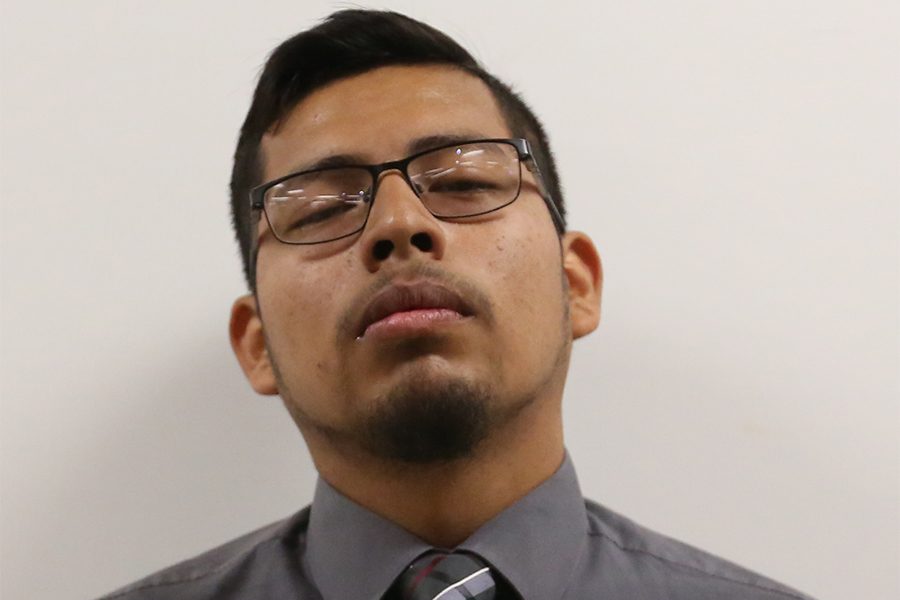 For me, being a law-abiding resident means accepting second-class status, without the right to vote.

But this is unacceptable.

As an undocumented immigrant I am seen by this nation’s government as a criminal, without any right to vote legally. The only way I could vote is through the “back door” of the voting process.

It is a mock to the Dreamers that the only way we can vote is through the “back door” of the voting process.

It wasn’t until after the voter registration period closed for the 2016 U.S. election that I learned I could muster up the courage to journey through the voting process as an undocumented immigrant.

I could present a valid I.D and a social security and hope that I could make it through.

Voting through the “back door” would have meant that I could have been able to back policies that create a pathway to citizenship without fear of my family being deported.

While others choose not to vote, I would have proudly cast my vote for the most qualified candidates based on the candidates’ integrity, history and qualifications.

Voting would mean I could  finally let my voice be heard. It would mean that I could indulge in the democracy we all praise.

I could vote for sound policies that could create policies that would ensure my 6-year-old brother would not be left here without his family because he was born on American soil.

Yet voting would make me the criminal that racists wishfully think me to be.

So I didn’t cast a vote on Tuesday.

No, I am a 20-year-old man with Guatemalan roots, born in Mexico and raised in the U.S.

I am a son of the Americas. A student of the Bay Area.

I was raised in Oakland and “found” myself while learning about street photography in Richmond. I have experienced the boulevards, avenues, courts and streets of “La Area de la Bahia”. (The Bay Area)

I’ve sat inside large houses in the hills of El Cerrito with rich friends and shared the same comforts in small apartments in the heart of West Oakland.

I’ve been able to see the contrasting conditions of the dying poor, living on the street, while giving an outlet to the homeless to voice their experiences.

I’ve also seen the lifestyle of the rich as I canvassed neighborhoods door-to-door, working to promote legislation to stop micro- beads from entering the San Francisco Bay through inlets in Burlingame.

I have seen something. There is a division.

Of course it is not black and white.  The rich are not the enemy of the poor, nor is it vice versa.

It’s much deeper than that. There is a shift in mentality in our nation with different groups thinking different ideologies.

Our country can not stay divided if it will succeed and neither can a large population ignore the rising immigrant minorities transitioning into majorities in the coasts.

I am part of a growing population of Latinos. Some of us are “legal” and some of us aren’t but we are not different because of our culture. We are the same as any other American because America is a culture-mixer nation. History tells us how immigrants care for and nurture this country and its people as much any person born inside the imaginary line called the border or “La Frontera.”

Contrary to a certain popular belief, the millions of Dreamers living in the U.S. aren’t rapists, criminals or murders. Most are hard working second generation immigrants that call this nation home.

By now a new president has been elected and the nation has chosen its route for the next four years. So why does this even matter?

It matters because the hard reality is that the United States will continue to elect candidate after inadequate candidate if all of its citizens are not able to make decisions that affect their lives and homes. Change will not come until all of the people that call this nation (U.S) home are allowed the basic American right to vote.