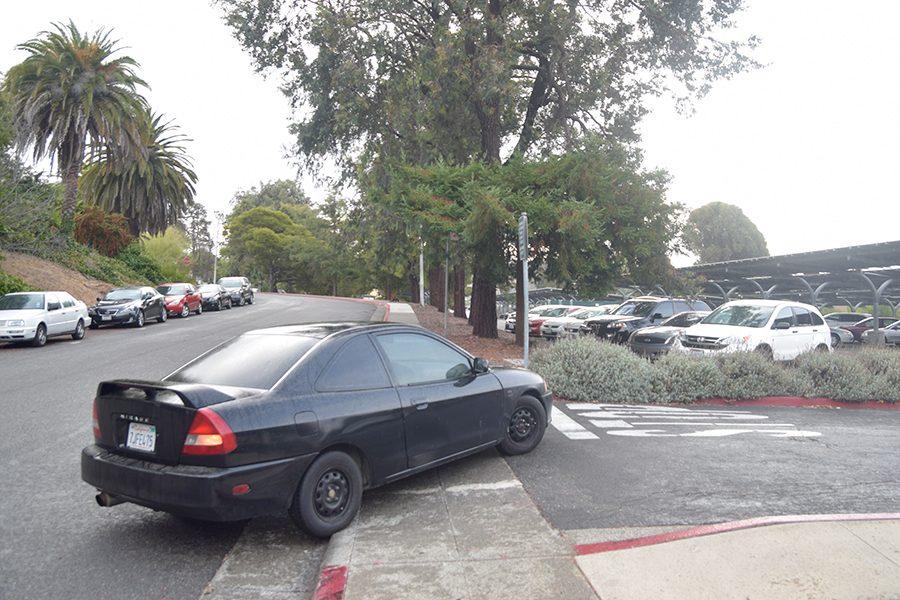 A car turns into Lot 10 behind Buildings and Grounds on October 3, 2016. On December 6, two unknown male assailants robbed a Contra Costa College student at gunpoint in the same lot.

Holt said even though the victim’s orange backpack and iPhone were stolen by the suspects, who are still at large, the male student was not injured.

He said the victim told police the incident occurred in the parking lot along Mills and Shane drives, behind the building that houses Police Services. Currently, no witnesses to the crime have come forward.

“They were very bold,” Holt said. “As the victim turned to step out of his car the two suspects were there with a handgun pointed at him.”

A mass emergency text message was sent to inform students, faculty and staff of the on-campus robbery at about 7:20 p.m.

According to the message, the suspects are described as two Hispanic males in their early 20s wearing all black.

The search for the two suspects was ongoing as the “CCC After Dark” event offered students the option to complete registration, orientation and assessment in the evening. The Admissions Office and other student services usually close at 5 p.m.

The event was not affected by the search for the suspects in the robbery. Police officers from local municipalities stayed on campus to reduce the risk that the suspects would return to rob another student.

“Ideally there is always a sense of urgency when things like this happen here on campus,” Lt. Holt said. “I orchestrated the emergency mass text, notified the college president (Mojdeh Mehdizadeh) and stayed on campus until we could make sure everything was safe.”

The search for the two suspects is ongoing. Holt urges anyone with information about the suspects or incident to contact Police Services at 510-236-2820.