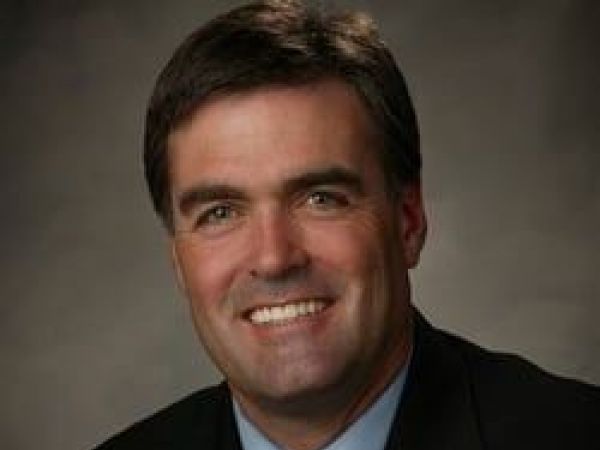 Nejedly, 52, was found lying in bed, shirtless, alone, with blood and bodily fluids running out of his mouth and down his chin by Hilton Hotel-Riverside Security Supervisor Lisa Finley at about 9 p.m., according to the New Orleans Police Department Incident Report obtained by The Advocate in October 2016.

Melancon said he cannot specify which drugs were found in his system, determine the composition of a “white-powdered substance,” provide information about the woman’s bra and cell phone found with Nejedly in hotel room 636.

The coroner’s report containing his cause of death was completed a little more than three months after Nejedly’s death, and about a month after the Governing Board voted in Gary Walker-Roberts to replace Nejedly as the Ward IV trustee on Dec. 12.

“Generally speaking, it takes a few months for us to get toxicology results back for cases like this,” Melancon said. “That’s why it took so long.”

The full report has not been released.

Melancon said while it is accessible to the public, it is the policy of the New Orleans Coroner’s Office to not email documents containing personal information.

Nejedly, who was the longest serving district trustee at the time of his death, died while attending the annual Association of Community College Trustees Conference in New Orleans.

Governing Board President Vicki Gordon said these trips are for trustees to attend strategic planning workshops and establish connections so they can share this information with the board to create plans to improve student success.

Gordon said the Governing Board approved the annual trip for three board members and Nejedly arrived in New Orleans on Oct. 5, 2016. He was found dead four days later.

He served 22 years on the Governing Board and helped the district receive $856 million in state funding through three different bond measures since 2002.

Contra Costa College President Mojdeh Mehdizadeh worked with Nejedly at the District Office from 2001 until 2015.

Mehdizadeh said she never noticed Nejedly show any behavior of drug or alcohol abuse while working at the District Office and is shocked by his death being ruled as an overdose.

“He was always extremely professional and focused in the workplace,” she said.

District Communications and Relations Director Tim Leong said because Nejedly is an employee of the district he was required to adhere to Human Resources Procedures 1018.11 and 1018.06.

In a phone interview after the initial incident report was released, Leong also said he was unaware that Nejedly was using drugs during this business trip and he did not show any behaviors associated to drug abuse while at work.

District policy prohibits the use, possession, manufacture or distribution of drugs or alcohol on “District property, during District-sponsored trips, activities or workshops, and in any District facility or in any vehicle operated by students or employees.”

While the district drug and alcohol policies requires tests during the hiring process, once employed an employee it does not require to undergo periodical drug tests — even if he or she is known to have a substance abuse problem.

While Nejedly is one of three trustees to die since 2010, Sheila Grilli in 2013 and Jesse Reyes in 2011, the evidence surrounding his death raises concerns.

Mehdizadeh said, “Because it was so sudden, and unexpected there is a deep level of sadness.”

Leong said there is a drug policy that applies to all district employees. It is difficult to know if someone is abusing a substance if they do not display erratic behavior.

“There is some testing in terms of looking for signs of substance abuse during the hiring and screening process as a condition of employment,” Leong said. “I can’t believe we don’t have a policy (for ongoing drug testing). We do have a drug free campus policy that prohibits people from smoking or getting drunk on campus.”

While no one reported Nejedly for drug use on district property, he does have a public record of drug and alcohol abuse.

In 2007, Nejedly, the son of former Republican California Sen. John A. Nejedly, sued his two siblings for reinstatement into his father’s estate after he was removed due to his history of drug abuse.

Nejedly accused his brother Jim Nejedly and sister Mary Nejedly Piepho of manipulating his late father to remove him from the family will.

He dropped the lawsuit against his siblings in 2009.

Leong said he and former district chancellor Helen Benjamin, who both also attended the conference, did not travel with Nejedly to or from the community college leadership conference, and both left New Orleans on Saturday, Oct. 8, the day before he was found dead.

At the Governing Board meeting in Martinez on Oct. 12, about 48 hours after receiving the news, Dr. Benjamin told the packed room full of people who were -there to honor Nejedly’s life and legacy that she and Leong were the last people from the district to see him before he died.

Nejedly represented Ward IV and was registered as a San Ramon resident.