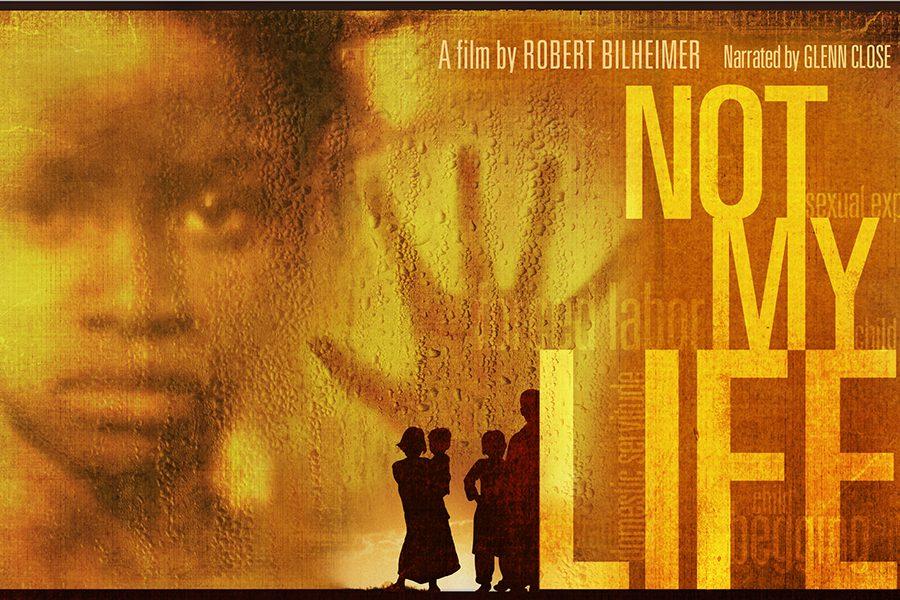 The opening shot of “Not My Life,” an independent documentary produced in 2011, encapsulates the message of the film in four simple words overlaid on a black background, “Human trafficking is slavery.”

The documentary directed and produced by Robert Bilheimer was shown in GE-225 with a discussion accompanying it after the film. “Not My Life” spurred strong discussion among those in attendance. The film provides an uncompromising look at human trafficking that’ll shock a viewer coming in with no knowledge on the subject.

With so many factors contributing to the problem the documentary stretches itself thin when covering the topics. The documentary touches on human trafficking taking place in 13 countries. The countries rang from involuntary servitude in the United States to the young girls that are sex trafficking victims in Cambodian brothels.

The film dedicates a passable portion of time to each section. However, each topic feels like it could have had more time dedicated to it. The film was a solid surface look at the broad world of human trafficking but by the end there were a lot of questions left unanswered.

Wanting a deeper look at each section isn’t necessarily a bad thing. This is a testament to how compelling each section was.

The film doesn’t settle for simply throwing statistics disguised as a message at the viewer. In fact, the film has very little in the way of statistics. There are several statistics shown on screen to give a perspective on the scale of human trafficking. Instead, “Not My Life” opts for a “show not tell” approach to getting its message across to the viewer.

“Not My Life” sets the tone with the first section focusing on young boys in Ghana forced to work 14 hour days fishing in Lake Volta. The section is very much representative of the rest of the film.

It’s raw and uncompromising. The camera follows the boys right alongside them as they fish ant the local activists explain the conditions these young boys endure. The camera doesn’t hesitate to show the wounds on the overworked boys. Instantly the viewer knows that this documentary won’t pull punches.

It’s not just the Lake Volta section that is a rough look at human trafficking. The documentary crew follows a brothel raid in Mumbai, India, led by the Rescue Foundation. Ten young girls are rescued from a crawl space and closet.

The footage of the raid is the high point of the documentary. It shows the abhorrent conditions victims find themselves in as well as the efforts people go through in order to fight against human trafficking.

Another high point is the portion of the film documenting two imprisoned Romanian traffickers Traian and Ovidiu. Both men spoke freely about beating the women they’ve trafficked. Ovidiu recounts his experience as a trafficker.

He talks and has a laugh about kidnapping and beating a prostitute when he was 14 years old. These interviews were a chilling look into the eyes of the traffickers.

The ability of the documentary to touch on many different topics, even if they are a little too brief, and still have each section be compelling is a big plus. The documentary isn’t an astonishing piece of work but it still is a must watch documentary for anyone looking to be enlightened on a topic most people don’t think about.