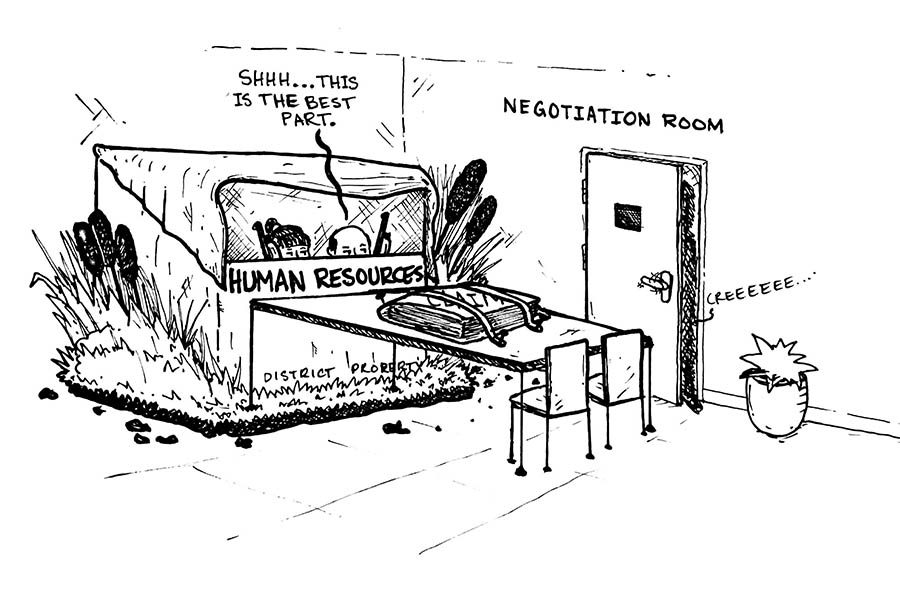 A lawsuit filed against the Contra Costa Community College District intends to fight how its lawyers handle misconduct allegations against professors at each of its three campuses.

The United Faculty (UF), a union that represents tenured and part-time professors within the district, announced in November 2016 that it filed a suit challenging the nondisclosure of documents containing personal student information and allegations against professors who are under investigation for misconduct.

While there has not been a date set for a court appearance, the UF’s decision to challenge the district is a resort that could finally bring clarity to a vague, misleading board policy.

According to the district’s Human Resources Procedure 2070.01, “Academic Employee Discipline/Dismissal,” a tenured or part-time professor can only be dismissed or suspended if there is extensive documentation and evaluation of the misconduct or unsatisfactory performance.

The procedure does not explicitly state how the district should handle a professor’s request to see the allegations, and according to the UF’s lead negotiator, this fact has been exploited.

“We’re not asking for investigations to be less vigorous,” Michels said. “But we are asking that teachers be treated more respectfully during these investigations.”

He said the UF filed the lawsuit after a series of meetings at the District Office in which professors who were accused of misconduct were not provided proper briefing or the accusations in writing prior to, during or after the investigations.

Lawyers at the District Office blindly use the Family Educational Rights and Privacy Act (FERPA) whenever they want to restrict access to information.

But FERPA is misused by many and understood by few.

While it does restrict the district from disclosing personal information like name, address, transcripts, gender, race and age, it does not restrict providing the document with this information redacted.

And when the UF brought examples of court ruling precedents to the district’s attention in November 2016, district lawyers refuted the case precedents.

Taking a dispute before a judge is a measure that Michels said the UF has not resorted to in almost 11 years.

While an investigation is ongoing, implementing transparency and fairness during disciplinary investigations for employees and students can only be beneficial.

Misconduct should be punished, but it must be a fair process that gives the UF the right to access sensitive case files with the names and personal information of the accusers redacted per FERPA mandate.

Furthermore, the board policy states disciplinary actions for classified managers, supervisors and classified staff are given the luxury of a letter with allegations from district Chancellor Fred Wood.

It goes to show that even in a diverse district that touts equality, some employees are more equal than others.