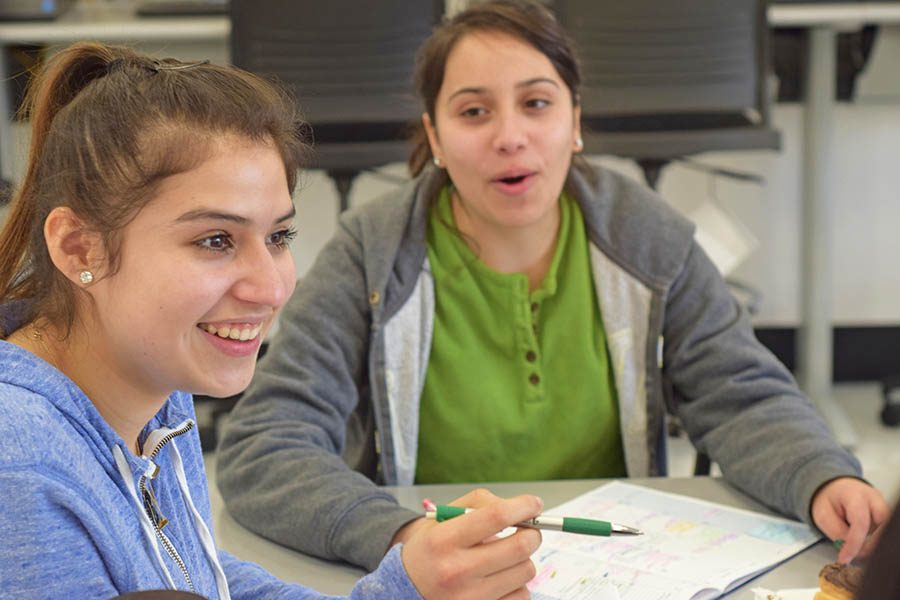 Women Advancing Via Engineering & Science (WAVES) club’s vision is to provide a supportive and safe environment where women can help and empower each other.

Biomedical engineering major and president of WAVES, Karla Cortes said that a lot of times women can feel intimidated by STEM, so the WAVES club is a safe place were women don’t have to feel this way.

Before the club was formed in fall 2016, Cortes said she noticed how most engineering and science courses were male-dominated, so it was upsetting for her seeing this, especially because there were only a few women taking those types of classes.

Lilian Hernandez, biology major and treasurer of WAVES, said she noticed how most women who were in STEM-related classes at Contra Costa College dropped out from those classes or even ended up switching their major.

“I know that the classes can be challenging, so maybe if girls had more support within STEM classes there would be a higher percentage in retaining girls to pursue a STEM career,” Hernandez said.

These concerns motivated Cortes to start the WAVES club, she said.

During the meetings, Cortes said they talk about topics related to STEM, they express ideas and troubles. She makes sure to share information regarding internships or events and basically “stay united.”

Silvia Osornio, psychology and Inter-Club Council representative of WAVES, said that during meetings everyone always seems to get excited about the different topics they talk about or the different things they have planned for the club.

“It’s been a great experience being able to be a part of a club where girls who have the same interest as I get together and just talk about great stuff from what they learn in class or being able to help support each other out,” Osornio said.

An upcoming activity that the WAVES club is planning is to invite women who have worked in STEM fields to come and talk about their experiences in the field. Also, there is a volunteer opportunity in which WAVES members will expose and teach girls from grades five to eight about science related topics at a conference at UC Berkeley.

Among other activities, the WAVES club will be hosting fundraising events for scholarships for women.

If interested in joining the WAVES club, meetings are every Friday in PS-107 from noon to 1 p.m.