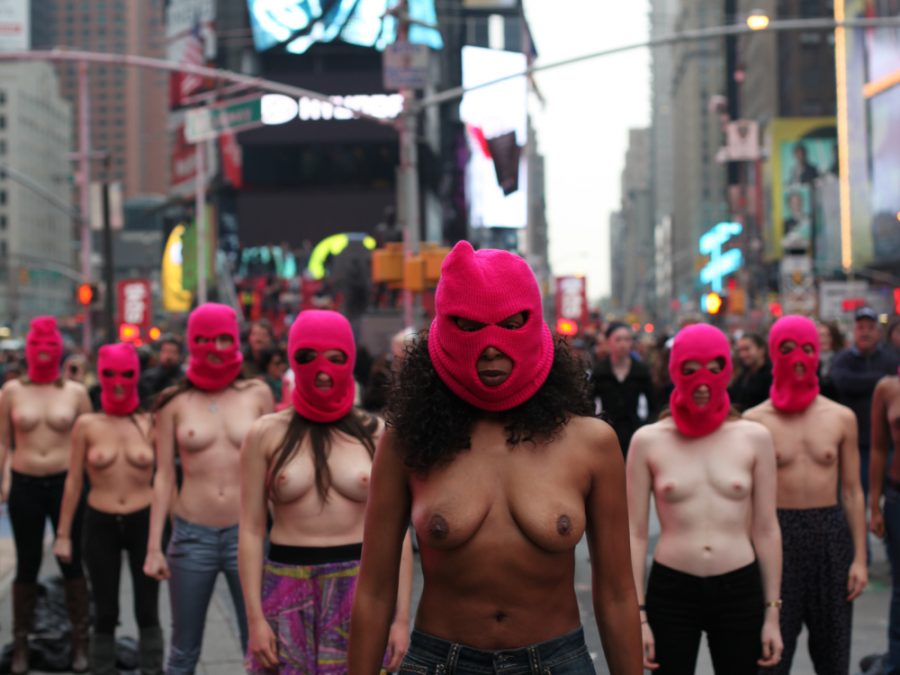 America is the land of double standards and nowhere more so than in laws that arbitrarily regulate who is free to present their body publicly in their natural form.

Free the Nipple is a global campaign for empowerment, freedom and human equality.

It argues that women should be allowed to show their nipples in public as freely as men, either for breastfeeding, or because getting an even tan in the summer sun is better than tan lines.

“Women should feel free to breastfeed in public or walk around topless if they want to,” culinary arts major Jamarei Whitelaw said. “People should close their eyes if they don’t want to see.”

Many women take issue with the idea that no matter the circumstance, breasts are seen as sexual objects, regardless of setting or situation.

Across the country, women have been inconvenienced and threatened with legal action for breastfeeding in public. Many places of business have created personal spaces or lactation rooms (like here at Contra Costa College) to serve as a buffer zone from those who may be outraged at the sight of a woman’s areola.

In an attempt to fight this unjust stigma, filmmaker Lena Esco shot “Free the Nipple,” a film that followed a group of young women in New York City as they protested the legal and cultural taboos regarding female breasts.

The women used various activities to bring awareness to their cause. They made use of both provocative methods like graffiti campaigns across New York City, to taking white collar approaches, like hiring First Amendment lawyers in an attempt to combat any accusations in court.

“I don’t have a problem with it, people should be able to express themselves however they want,” psychology major Nancy Bernal said.

“I think the reason many women opt to cover up, even while breastfeeding, is for little kids. It’s how society makes things. A lot of people just go along with things because that’s the way they have always been.”

As her attempts to get the film in theaters faltered, Esco persisted.

She took to social media to begin the Free the Nipple campaign.

Brix employee Rheanna Carpenter said, “People have no problem with topless modeling, but if it’s a woman breastfeeding it’s deemed indecent. It’s the same thing as a man’s nipple — what’s the difference?”

Hollywood stars like Rihanna and Miley Cyrus, among others, have shown support for shifting gender norms by posting pictures of themselves — breasts exposed.

Some have taken the comical approach by photoshopping male nipples on to their own topless pictures.

Most states prohibit toplessness among women, but there are a few forward thinking pockets of the country that allow bare-breasted equality to see the light of day.

New York, Hawaii, Maine, New Hampshire, Ohio and Texas are the few states that have explicitly legalized toplessness of both men and women in public places.

Most states in the U.S. have laws that list any kind of exposure of the female areola as an act of indecent exposure and therefore a criminal offense.

Any discussion of breasts or what decisions a woman should make, or be able to make, with her body is sensitive and should be determined by women.

“I think it’s bad for women to be out topless around little kids, but for breastfeeding it’s OK as long as there is a blanket over it,” kinesiology major Melissa Price said. “I really don’t care as long as they aren’t in my face.”