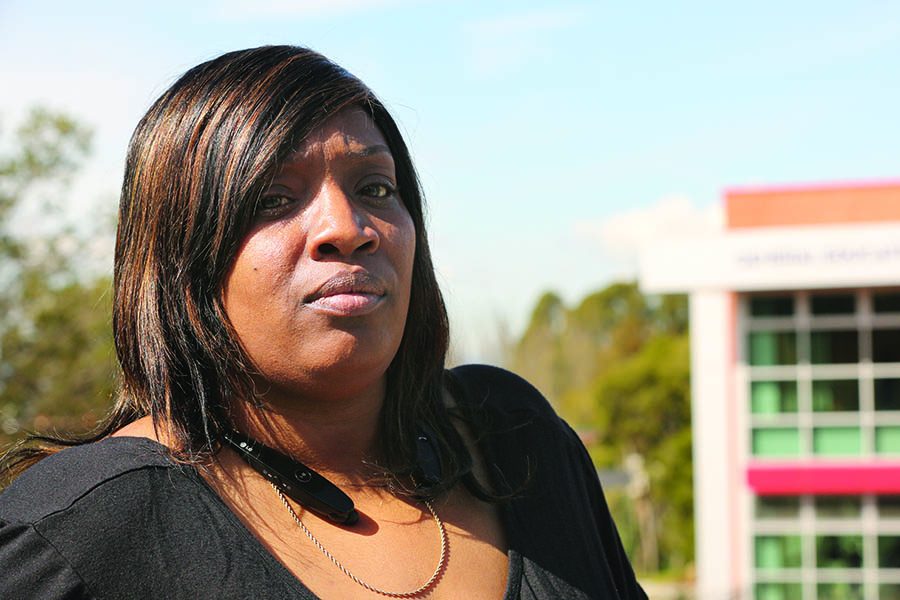 In an office tucked in the corner of the Student Life Center, the ASU president reflects on the four years she has spent nurturing the beating heart of Contra Costa College’s clubs, student government and its family.

“I’m going to come and visit, but it’s not going to be like you’ll see me all the time.” Associated Student Union President Safi Ward-Davis said. “I’ll make sure the (ASU) Board will have access to me, but I can’t be a part of it.

“I’ve been here about four and a half years with the ASU,” she said. “I’ve been a part of it since we had our office in the old Student Activities Building, were moved to the (Applied Arts Building during construction) and finally moved to the new one (Student and Administration Building).”

This semester is Ward-Davis’ final term at CCC before she transfers to Cal State-East Bay to major in psychology after having earned three associate degrees at CCC.

She said if she never enrolled in Michel Arnold’s psychology course and joined the Health and Human Services Club, she would not have had the strength to leave a valuable legacy as a student leader while overcoming tragedy that changed her life.

“When my husband died I had to revamp everything.”

The time she spent coping with the untimely death of her husband, while raising a child in Sacramento, is what brought her back to the Bay Area Rescue Mission in Richmond to live and volunteer for five months with her daughter in 2008 — just three years after marrying her husband.

“He was murdered.” Ward-Davis said. “So I had my daughter, who was in middle school, and I needed to be role model for her.

“I couldn’t break down,” she said she would tell herself. “I had to be strong for my aunties, my father-in-law and his siblings, go to school every day and go to work — I was going through the motions for so long.”

But with the support of a professor in the health and human services department, her father, brothers and the campus community, she found the strength to keep going.

“Even when I was the most frustrated with my life, I never said I would stop coming to school,” she said. “It felt like the walls were coming down on me, and the only sane part was coming to the ASU and school because I had people to talk to.”

Ward-Davis has held many positions in various leadership groups on campus, from the Health and Human Services Club, to representing the Inter-Club Council as its president and nearly every executive position on the ASU Board. When the ASU was operating out of the AA Building, from the 2013 fall semester until the 2016 spring semester, it only had a handful of members and back-to-back presidents who could not finish out their terms.

Ward-Davis said she became president out of happenchance.

When former ASU president Nakari Syon did not finish out his term due to a “vote of no confidence,” pushed by a board comprised of Middle College High School students, for failing to meet the responsibilities of the position, he was banned from re-election.

CCC Dean of Student Services Vicki Ferguson processed the vote of no confidence pushed against Syon and held several mediation meetings. She said Ward-Davis has been a strong leader in the face of challenges while part of the ASU.

“For her to be the ASU president is not a surprise,” Ferguson said. “I admire Safi’s knowledge of the college committee structure and her leadership in assigning student leaders to the shared governance committee in order for the student voice to be heard.”

Former ASU adviser Ericka Greene said Ward-Davis is a strong and astute person who likes to spend as much time researching issues as she does putting students first.

“She will find a way make sure students get guidance they deserve, be it one-on-one or pointing them in the right direction to talk to someone who can (help them),” Greene said.

While Greene said she encouraged Ward-Davis to join the Associated Students at Cal State-East Bay, Ward-Davis said she is not sure if she will join student government, but she said she wants to keep helping people.

“That’s how I’ve always been,” she said. “My grandmother used to tell me I had a ‘helper’s soul’ and I think she was right.”