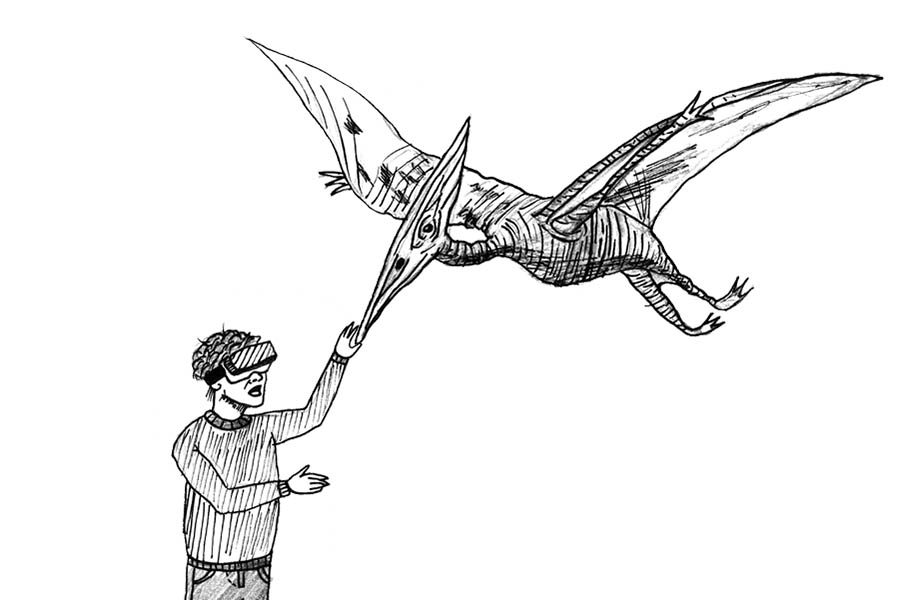 In the technology community there is a battle going on that will shape how people around the world will interact with their devices and what they will spend their money on in the next 10 years, depending on the victor.

In one corner there is virtual reality, commonly referred to as VR, which creates an artificial environment that replaces the user’s actual reality. Current VR technology is rising in popularity with the PlayStation VR headset and the Gear VR headset, which uses a smart-phone to provide the VR experience.

In the other corner is augmented reality, commonly referred to as AR, which should be considered the more compelling and useful technology. AR is a technology that superimposes a computer-generated image on a user’s view of the real world. Augmented reality technology is something Pokémon GO players, or the 150 million daily users of Snapchat, should be familiar with. The popular filters are a small-scale example of what augmented reality can be.

When looking at the applications for AR vs. VR it seems rather clear that AR technology is far more accessible and useful for consumers.

First, what must be addressed is the lower barrier to entry that AR has to provide a satisfactory experience compared to VR technology. With AR technology, most people can enjoy a solid, basic experience using apps like Snapchat and Google Translate, which has an AR component where the user can take a picture of text and have it translated in real time.

To use apps like these doesn’t require expensive technology. These apps and many more can perform well on Android OS based devices with midrange specs that cost about $300 to $450. Midrange phones now have the necessary components, like a quality camera and solid GPS, as well as strong internal processors.

For users looking to use PC based VR platforms like the HTC Vibe or Oculus Rift, they will need to make an investment of around $1,000 for a satisfactory experience with high visual fidelity and limited lag. An Intel Core i5 or equivalent processor is needed, which will cost $200. Also, graphical power is needed, a lot of graphical power. A GTX 1060 will go for about $250. Add that to the $700 for an HTC Vibe or Oculus Rift headset and that wallet is starving.

If a person is looking to use their smartphone and a compatible VR headset, a midrange smartphone won’t cut it. Usually midrange smartphones will have decent quality screens, but without a pixel-dense screen and a resolution that will keep image quality up when the phone is a couple inches from your face. Things are improving in terms of midrange smartphone displays, but it’s still not where it needs to be. These flagship phones like the Galaxy S7 Edge will go for $600 or more.

For a technology to be successful in the modern world, a big part of that equation, next to accessibility, is for the technology to complement the hyper-social society we currently inhabit. This is where VR technology falls short, again.

VR platforms are primarily headsets that obstruct any vision of the outside world. VR is an isolating experience. Usually it’ll be a person sitting down at a computer with a VR headset connected to it, or sitting down using a VR headset that uses a smartphone. In both circumstances, the user is unable to interact with the outside world in any effective way. They are also unable to share their experiences due to the isolationist nature of VR.

Looking at AR experiences, it’s easy to see an advantage in keeping up with the social world. AR overlays a computer-generated image onto the real world. Users have close to full visual and auditory awareness of their surroundings, and can share their experience with friends around them.

AR technology can stimulate interactivity and not completely replace it, like with VR. The same technology used to overlay weather information or a comical filter on an image can be used for people going out on the town.

People can point their phone’s camera at locations and receive information about buildings or areas of interest. Realtors can use it to show potential buyers what houses would look like with their particular furniture. In some Lego stores, an app can be used when pointing the camera at a Lego set box to see what it would look like completed, through the device’s display.

So what is the future of AR technology? By its nature, AR is more viable for on-the-go use and interacting with the real world. With that said, the future has the possibility for an “underground world” in major cities.

On a small scale, the Oscar nominated film “Hidden Figures” did an advertising event with IBM utilizing AR technology called “Outthink Hidden.” People can download an app onto their phones to scan quick response codes, which are a type of bar-code, and be able to see information about unknown influential figures within the STEM fields. These QR codes were placed in over 100 geofenced areas, which means software will trigger in a certain GPS location.

What IBM did with “Outthink Hidden” can be done on a grand scale. The same geofencing idea could be used in downtown areas so a restaurant can be scanned and the menu, prices, specials, reviews and available seating displayed on an individual’s device.

That isn’t the end. It leaves the potential for people in a city to leave specific geofenced markers that can be triggered using AR apps to provide important information for locals or tourists, or art they created that can’t be seen except by people viewing the content through their device with an AR app.

These are just a few examples of how AR can be used to enhance our social world.

AR will rise into prominence in 2017 with big name companies like Apple and Facebook, hopefully, taking the leap into the field sooner rather than later. Now all that is left is for the consumer to invest in the technology and see just how useful an augmented reality can be.