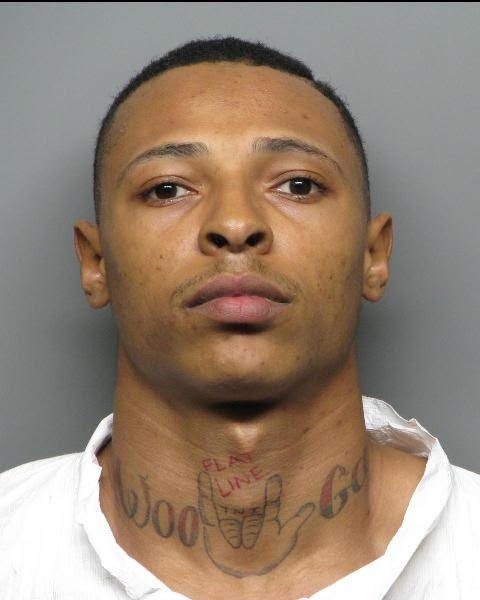 Elliot Johnhenry Johnson, 24, of Richmond, along with two 17-year-old boys, have been arrested on suspicion of shooting a man and a woman on Interstate 80 on March 9, 2017. (Contra Costa Sheriff's Office)

The driver of the shooting vehicle in the March 9 freeway shooting that killed former Contra Costa College student Demarcus Doss was arraigned at the Superior Courthouse in Richmond last Thursday.

Elliot Johnhenry Johnson, 24 years old, had the option to give a plea to his murder and attempt- ed murder charges, but his attorney asked the court to delay his plea to April 11th.

Johnson old suspects are still waiting for approval from a judge to be charged as adults. So far, they both are facing murder charges and the presumptive shooter is facing charges with enhancements for use of a firearm.

Johnson and the two 17-year-olds suspects were following Demarcus Doss and his friend “Jo,” both 24 years old, while driving in traffic on I-80 east- bound, between the Macdonald and San Pablo Avenue exits in Richmond.

The vehicle registered in Johnson’s name drove up next to the car occupied by Doss and “Jo” and began shooting at the vehicle.

Doss covered “Jo” from the shots.

Two bullets struck Doss in the upper body and the one fatal shot struck him in the front of the head.

hospital in Walnut Creek about 24 hours after the shooting. “Jo” was taken to Alta Bates hos- pital in Berkeley where she was treated for a gunshot wound to her hand.

The three suspects fled the scene and were arrested 30 minutes after the shooting in the iron triangle neighborhood in Richmond.

The California Highway Patrol gave credit to the Richmond Police Department and wit- nesses at the scene who gave vital information,

like descriptions of the shooter’s vehicle and its license plate number, for the quick arrests of the suspects