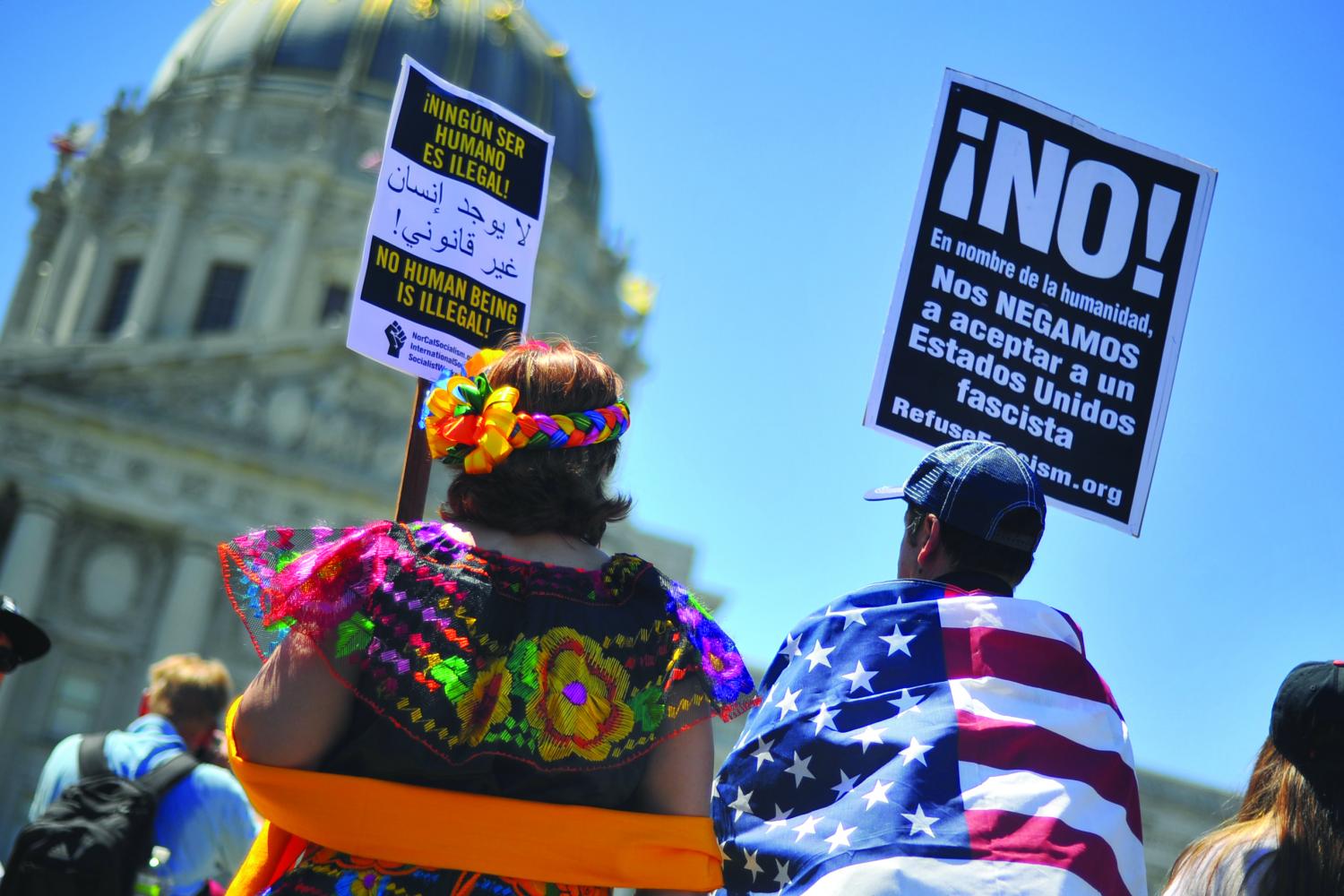 Protests erupted around the country to highlight the enormous contributions immigrant workers have on the U.S. economy.

One of the organizers of the event, Olga Miranda, said the San Francisco rally’s purpose was to gather support for immigrant workers who now live with the fear of being deported by ICE officials.

Chavarria said he was propelled to attend the rally to help give voice to the undocumented immigrant workers whose families are in danger of being captured by ICE and removed from the country.

“I’m here to support all immigrants, like me,” Chavarria said. “As a legal immigrant, I’m the voice of the people who are afraid of losing their livelihood for being here.”

Chiu promised the crowd that he would combat Trump’s hateful policies through the power of California’s legislation. The crowd applauded as Chiu led scores of protesters with the chant, “Are we ready to resist!?” Chiu left the stage with a strong message for President Donald Trump.

“If you want to come for our workers or our immigrant families, you’ll have to come through us first,” he said.

In hopes of starting a march down Market Street, Paulson demanded the crowd show him “what democracy looks like.”

As protesters marched down one of San Francisco’s busiest streets, blocking vehicle traffic, they chanted, “Whose city? Our city.”

Alvin Mackay, vice president of the International Longshoremen Warehouse Union Local 6, said he came out because he is disappointed about how the Trump administration is attacking America’s immigrant workers.

“This nation was built by immigrants and it’s shameful how they’re treated here,” Mackay said. “Immigrants are a part of the party that’s moving our country forward.”

Mackay has spent 26 years in the longshoreman union and said it’s pivotal to ensure workers have the rights and protections necessary to be safe and not discriminated against at the workplace.

“Immigrants work hard on the jobs that American citizens don’t want to do,” Mackay said.

“I want to see those, who say immigrants just come here to take jobs away from American citizens, do the work that immigrant workers settle for in America. I bet they can’t do it.”

May Day is an important internationally observed day accompanied by a rich history of laborers protesting for better working conditions.

May 1 was selected to commemorate International Workers Day after the bloody Chicago Haymarket riots of 1886 that spurred employers around the globe to embrace the eight-hour work day.