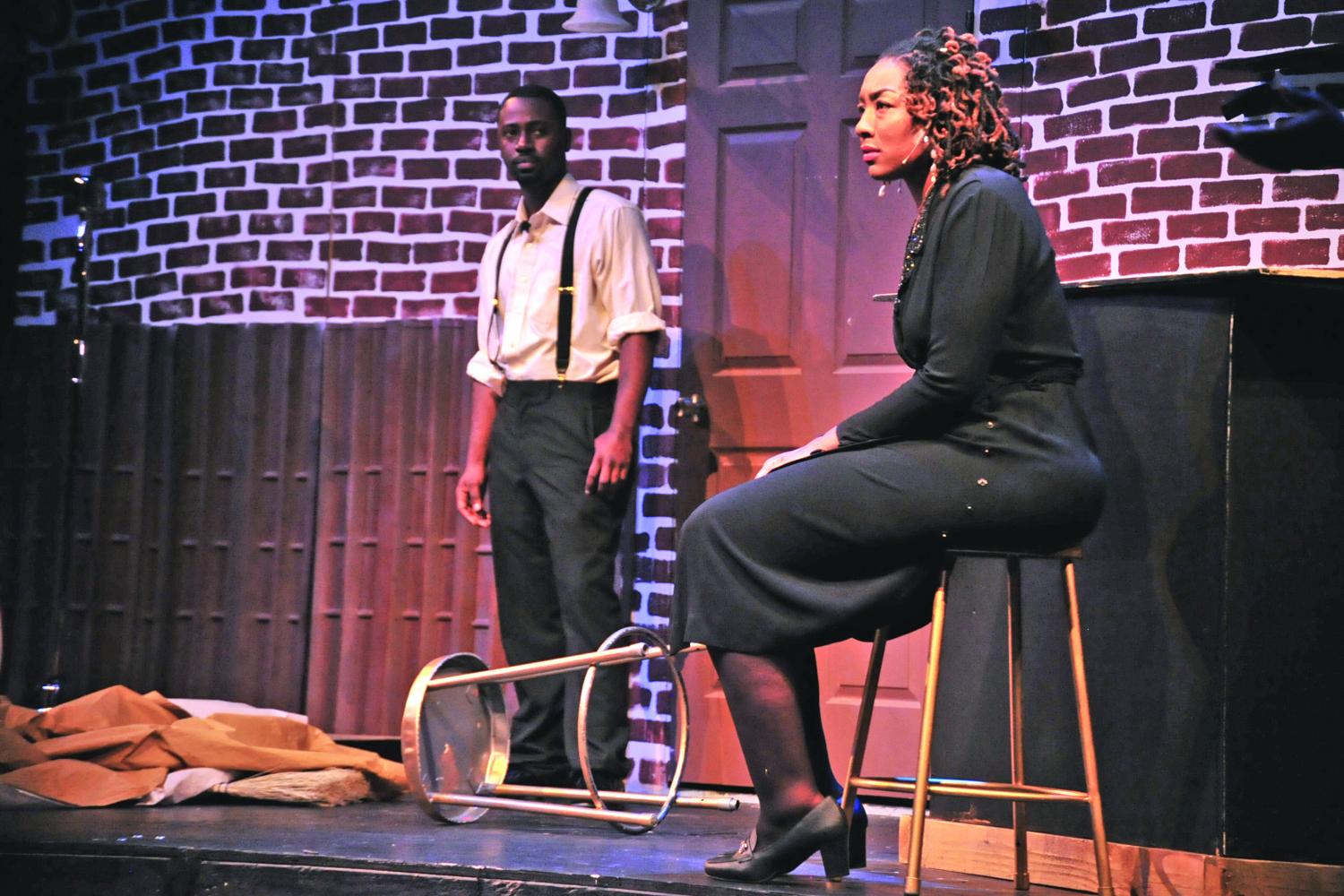 Nya-bingha Zianni (right), portraying Anabelle, looks straight ahead as she sits down after walking into her juke joint, Anabelle’s, during a scene from the 1940s North Richmond- inspired play “Richmond Renaiss- ance,” performed in the El Cerrito High School Performing Arts Theater on May 6.

The youth of the RYSE Center were met with a standing ovation from a sold out crowd on the second night of their annual production “Richmond Renaissance” Sunday evening at the El Cerrito High School Performing Arts Theater.

The two-hour play touched on topics of overcoming obstacles within family, community and self. From live singing to traditional swing dancing, the show never missed a beat. The audience was attentive for every moment.

“Richmond Renaissance” is set during the late 1940s in North Richmond, California where large groups of African-American families decide to reside after the war and start their own communities. With black America on the rise, Richmond changes from a naval town to a utopia of wealth and culture.

Twenty-four-year-old screenwriter DeAndre Evans shines a light on an almost forgotten time. With neighborhoods becoming more gentrified every day, it’s easy for the culture of “Pride and Purpose” to be lost. “So many people are hurting. They’re confused and feel like they are nothing,” Evans said during his closing remarks.

The play was produced to counter the stigma of Richmond being a city consumed by violence by returning to a time of black wealth and cultural excellence.

The story follows a juke joint owner named Annabelle and her colorful employees as they each battle with the past, tackle the present and dream for a better future in a society that isn’t ready to accept them. Each character has a different story that explains what led them to Richmond in search of a better life. Characters come full circle with dilemmas of losing loved ones and situations of abuse and violence that are parallel to what is experienced today.

Nyabingha Zianni’s portrayal of Annabelle is strong from start to finish. Zianni gave so much of her personality and energy to the rest of the cast. The cast fed off her performance and even in slow transitions, she held it together.

Other standout characters included Solider, a war veteran played by Kelvion Pruitt, and Lucinda, the newest waitress/singer at Annabelle’s, played by Kobi Calhoun. Lucinda and Soldier’s relationship is explored throughout the story.

Soldier is complex. His identity as a character introduces the elements of an aware black man in America.

Lucinda is a dreamer. A young woman who spends the majority of her life being coddled decides to conquer her fears and sing at Annabelle’s.

Their dynamic was reminiscent of a “Beauty and the Beast” type affair, mixing his clouded past with her sheltered lifestyle.

DeAndre Evans shows his talent to not only write, but also act as two different characters. He plays Lucinda’s overprotective big brother Leroy and the main antagonist, Bubba.

This production was a collaboration between Richmond’s The RYSE Center and its on-going partnership with the New York-based program The Door. The Door is an organization that provides dancers for in-scene performance and transitional numbers.

“Richmond Renaissance” can play a vital role in the current redevelopment of Richmond. The city’s rich past played a pivotal role in the turning point of a nation.

The RYSE Center gave attendees a sense of hope to rewrite the identity of Richmond as the African-American soldiers and other residents in the 1940s did after the war.