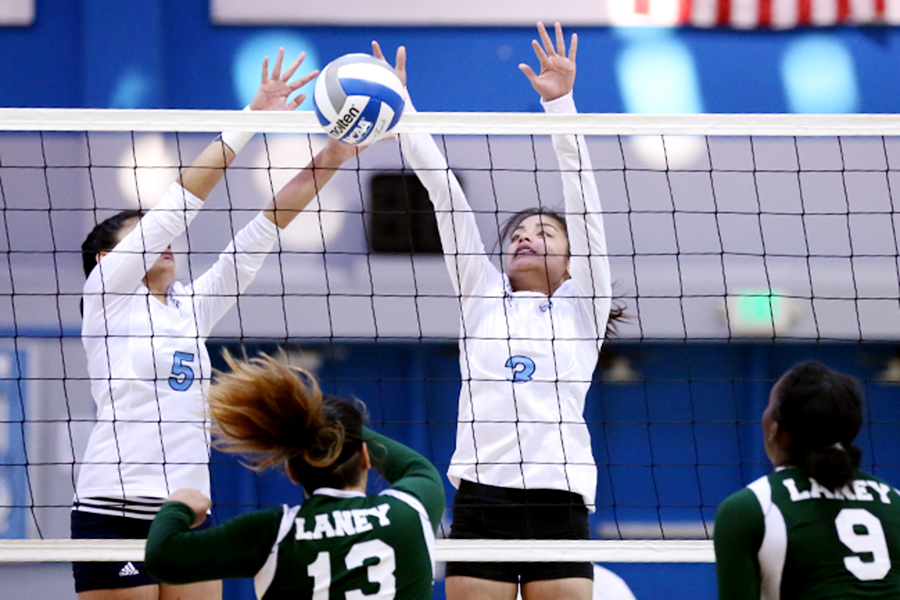 Although the volleyball team finished with a 2-18 overall record in 2016, it showed improvement over its zero-win total in the 2015 season.

The team’s 1-11 Bay Valley Conference record was just enough to keep it from finishing in the bottom slot in the final conference standings.

Despite its lackluster win total, the team was in position to win many of its games, including a heartbreaking five-set loss to Laney College on Oct. 21 in Oakland.

“We had a good year and had fun. We actually won games this year and we could have won more,” coach Christy Tianero said. “Those games against Laney were close. We made a lot of progress this season.”

The Comets showed improvement this season after finding closure following the spring 2016 death of former team coach and mentor to Tianero, Zach Shrieve. The team is still in the midst of rebuilding, but avoiding back-to-back winless seasons was a good start.

In that game, CCC and the Eagles exchanged winning sets with the Comets winning the first and third and Laney owning the second and fourth.

CCC missed an opportunity to close out the best of three match in the fourth set after losing continuity, which allowed Laney to roar back from behind and steal the set 25-21.

The mishap extended the game to a fifth and deciding set.

In the fifth set, the match remained evenly fought. The set was defined by its back and forth lead changes with the Eagles finally outlasting CCC 17-15.

One of the goals this season for the Comets was to work better as a unit by communicating better and picking each other up when all seemed lost.

Sophomore Amy Palomares, who played on two winless squads in her freshman year at CCC, the volleyball and softball teams, knows the importance of sticking together when the odds seem insurmountable.

“The season went better than last year because we had good chemistry,” she said. “We just didn’t start training together early enough to build on it and reach our full potential.”

As with many of the women’s sports in the BVC, participation rates dictate a large percentage of what will carry a team from average to successful.

In 2016, more women joined the Comet team at the beginning of the season. But injuries and attrition dwindled the Comet roster down to just seven players by the time the season ended.

“We had strong ties with one another, we lifted each other up and protected one another,” Joshleen Ayson said.

She said in order for the team to continue to improve, they most enhance their conditioning regimen and know who and what to prioritize.