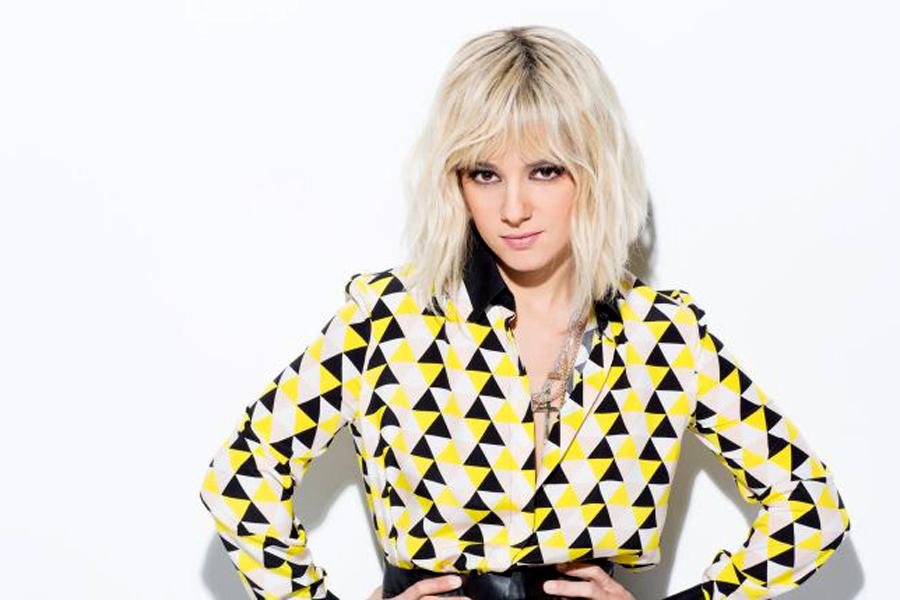 There is something oddly soothing about listening to music in a foreign language, and the romance languages in particular bring a beauty into their music that is hard to match.

“Blonde” is Alizée’s romp with more electric, upbeat sounds fans of K-pop are more familiar with, and the driving, repetitive beats of most club hits. Alizée makes the sound her own by bringing the odd blend of her influences, such as David Bowie and Madonna, to bear the ’80s and ’90s inspired guitar riffs.

“Blonde” is the quintessential pop album, which is what makes it great. It isn’t loaded with pretention and is easy to listen to. “Blonde” fits as naturally on a long car ride as it does on a dance floor or as the background music when reading a book. It won’t be redefining any genres, but it does not need to. “Blonde” is perfectly self-descriptive as it is as light and carefree as the hair color.

“Blonde” continues Alizée’s trend of completely changing her style between albums, with her last album “5” featuring a blend of Spanish style guitar work and jazz-inspired beats.

The title track opens with the anthem “Le monde est aux des blondes” (“It’s a blonde’s world”), the definition of a guilty pleasure. The song is nothing more than the singer celebrating her change of hair color and, to put it bluntly, the song is trash.

Yet the uplifting, driving beat of the track will get the listener’s heart racing and it is oddly hard to turn off. Playing it in a room with those who cannot understand the language has the same effect. It is hard to call a pop song that is so infectiously catchy and listenable as anything other than a success.

“Blonde” is an odd mix of heartfelt love songs and personal messages from the singer. In the sixth track, ‘Bi,’ Alizée sings about how natural love is, regardless of how it is oriented. She sings “Tonjour de l’amour, baby / Qu’on soit XY ou bi / On est qui on veut aujour’hui” which is roughly “It’s always love, baby, whether XY or bi, we’re who we want to be.”
“Bi” is just one more track on “Blonde” that ends in tapping feet.

There is something distinctly French about Alizée’s “Blonde,” and it loses much in translation.

Despite this, American audiences should find “Blonde” an easy listen. Alizée’s addictive rhythms accentuate sentiments Americans have been listening to forever, such as the power and violence of love. “Blonde” is an easy bridge for American audiences to cross into French culture — one that is largely shared.

Alizée’s referencing of American celebrities and heroes throughout her work, such as Marilyn Monroe and Muhammad Ali, as well as her American and British musical influences, only adds to the ease of listening to the Corsican singer.

Lyrically, “Blonde” is a step back for Alizée, but musically, the album is far more catchy and memorable than any of her earlier work.

It is a solid pop album that is as easy to drive aimlessly to as it is to dance to. Alizée’s blend of eastern and western pop is a pointlessly fun and uplifting success.