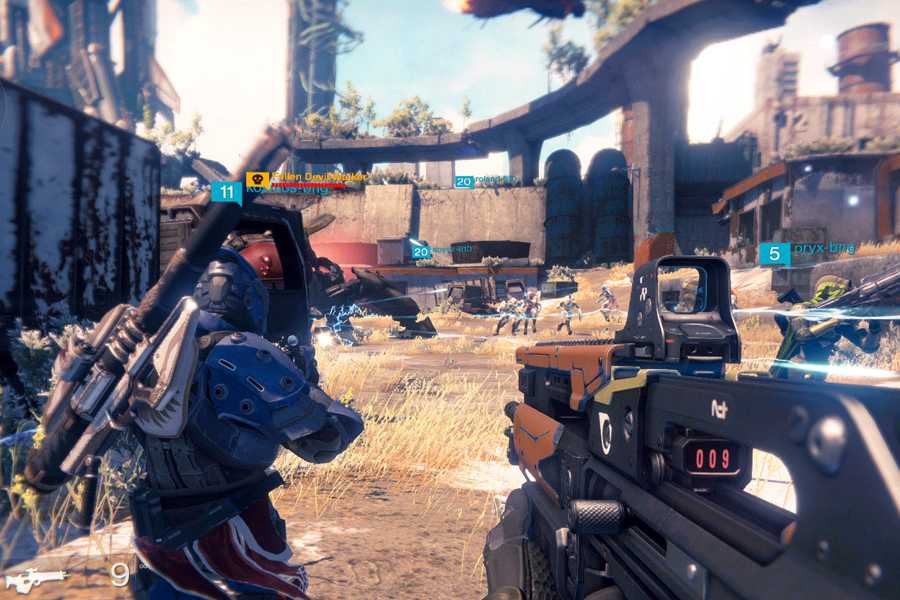 Space travel has always been a thing of fascination in the video gaming world. As early as the classic arcade game “Space Invaders,” which was released in 1978, have video-game developers tried to virtually place gamers into the final frontier. And now, it is time to chalk up one more epic space tale.

After four years of development Bungie Studios, a video-game developer based in Washington, has released a space-traveling massive-multiplayer console game by the name of “Destiny.”
Since its release on Sept. 9, “Destiny” has sold more than $500 million in units worldwide.

“Destiny” is an online-only role-playing game that connects thousands of players in an open world through the first-person perspective.

The game allows for up to three friends to play online through missions and battles of epic proportions.

Action is the name of the game in “Destiny” with some firefights being able to last up to two hours.
The game runs smoothly, but due to the sheer vastness of the game players can and sometimes will be left confused as to what is going on while the background story is being explained.

There is something about space, bullets, explosions and a large amount of adrenaline that distracts players from paying attention to what the characters on screen say.

The story takes gamers to a place in time where the human race is on the verge of extinction.
While exploring Mars, a human exploration team locates a massive sphere called “The Traveler”. The sphere speaks to the humans and shares its knowledge of upgraded technology, which in turn creates an age of prosperity for the human race.

Many of the planets in the solar system become colonized by humans, but humanity eventually expands too far.

On the edge of space sits “The Traveler’s” most notorious enemy, called “The Darkness.”
After years of war, “The Darkness” destroys the majority of civilization on Earth.

With its last breath “The Traveler” sacrifices itself to save the last city on Earth and calls upon the Guardians to save the galaxy.

Gamers choose between three classes of Guardians, the Titan, Warlock and Hunter. Each has a set of unique abilities to battle “The Darkness.”

The enemies attack in large groups making the game a challenging experience.

This is not a problem though, as each Guardian can carry up to three weapons, thereby packing a substantial amount of firepower.

Gamers gain experience from doing missions and defeating enemies which in turn levels up their character.

If there is one thing Bungie is capable of doing, it is creating a good competitive multi-player experience.

And while “Destiny” is primarily a cooperative game, they did not forget to include a way for you and your friends to battle to the death over the Internet.

The Crucible allows for teams of six to kill each other over and over again while trying to complete objectives like capture the flag.