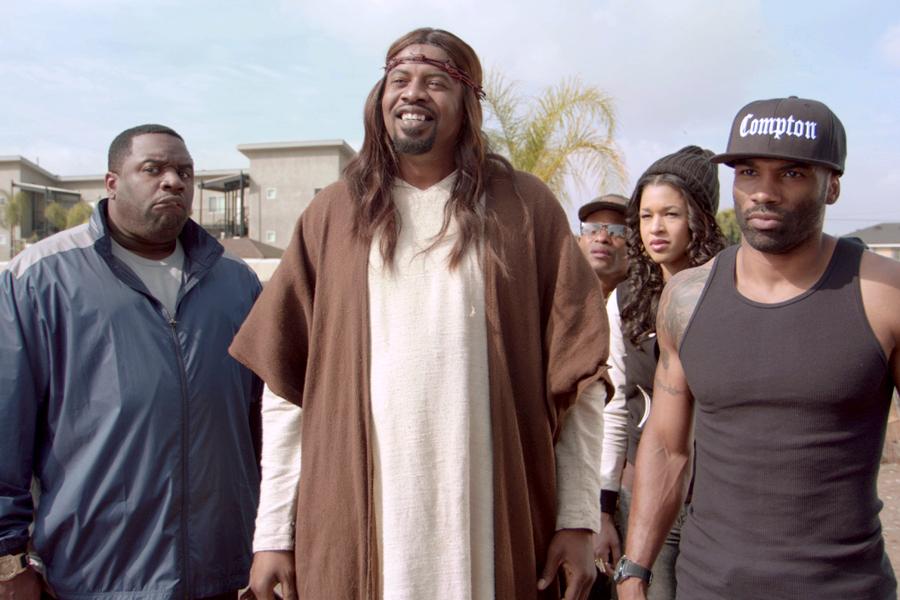 Six episodes into the season, “Black Jesus” has proven that some people’s minds are not ready and their hearts are not open for this show.
“Black Jesus” might be derogatory for the closed-minded Christians, but the shows gives an imitation of what would happen if our savior was alive on Earth today.
Nobody knows what ethnicity Jesus Christ was, unless you were there at his birth.
With the show “The Boondocks,” viewers experience live action “nigga moments.” According to Aaron McGruder, the creator of “The Boondocks,”  a nigga moment is when somebody lets ignorance take over his or her mind, which can lead to violent outcomes.
In this live-action show, Christ and his followers get into these shenanigans all over Southern California.
While Christ tries to spread his love and compassion, his followers sometimes lose faith in him when something goes wrong in their lives.
The televised show is different from its YouTube counterpart. For instance, Christ has loyal followers by his side, while on the Web show everyone around him doesn’t think much of him.
On these misadventures the “Son of God” curses, drinks, kicks it with drug dealers and smokes blunts while on the mission to grow marijuana and vegetables in his community garden.
Black Jesus’ circle of three men and a woman all have different personalities that get them into these sticky situations.
Most can call them his present day apostles.
Some call the show blasphemy, but the show is no worse than the other reality shows that are being watched every day.
The show impressively portrays Christ’s personality as he is in the Bible.
So scratch Christ as a stoner and his slacker friends — his personality shows how loving and compassionate he is for all mankind.  Christ knows everyone he comes across by name and sometimes uses that to his advantage.
The way most of the misadventures end, the outcome always makes Christ look like the moocher because it’s never his resources that get stolen or wasted.
The white and brown robe in a 2014 Compton makes him look like a bum, and the sandals with his dusty feet do not help his case either. But it also does not help that he gives away the money and heals the enemy. Just like in the Bible, whenever Black Jesus is in a violent situation, he turns the other cheek.
Charlie Murphy, who plays Vic, is the landlord of the apartment complex where Christ and his followers live. Vic is the skeptical hater on the TV show and tries to convince the modern day apostles that he is not who he says he is.
He is an angry black man who does what he can to spy on what Christ is doing and tries to sabotage his plans.
Before the show aired on Adult Swim, a lot of Christians have called this a mockery to our savior, and that it should be removed from the air.
People calling this show blasphemy are the closed-minded people who never watch the show.
However, some people have to watch the show twice to realize that the show is not bashing Christ, but is just a perception of how anyone can be influenced by their surroundings.