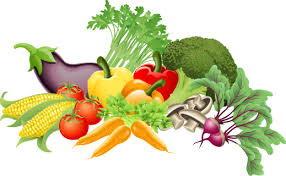 The mobile Food Bank will be on campus the first and third Monday of every month near the bus terminal from 2-3 p.m.

The Food Pantry on campus provides eligible students with primarily canned food because they make purchases in bulk and are not set up to handle fresh produce, Associated Student Union President Joel Nickelson-Shanks said.

The Mobile Food Bank will provide both students and community members a variety of fresh fruits and vegetables free of charge for those at Contra Costa College.

Although the Mobile Food Bank is a separate program from CCC’s food pantry, which stocks and distributes primarily canned food on the second floor of the Student and Administration Building, it is anticipated that the Mobile Food Bank will provide people with potatoes, tomatoes, zucchini, cauliflower, corn, celery, oranges, pears, plums and cantaloupe.

Nickelson-Shanks said the program had been searching for additional food distribution sites.

The program will not only be free to students but local community members as well.

“People will be able to walk away with free produce,” Contra Costa and Solano Executive Director of Food Banks Larry Sly said.

Sly has received funding for the program through raffles, sponsorships and generous donations from the community.

He said his main concern was improving the distribution system to get more produce out to those who need it.

Program Director Caitlin Sly said in the past five years the Food Bank program has worked to improve food security for community members and now they are a focusing on students who may need additional support.

Sly said the program has continued to expand and that it distributes pounds of produce per month, and said most produce gets distributed and only small amount are left to perish.

“The program started off collecting food donations from the community and leftover bread from grocery stores.

Since then, the program has continued to grow and is now partnered with over 180 agencies,” she said.

The Food Bank trucks distribute the otherwise quick to parish produce to 60 different sites around both Contra Costa and Solano Counties, Sly said.

Pharmaceutical sciences major Lovell Hale, in his first year working with the food pantry, said he is in charge of welcoming students and referring inquiries.

“The Bookstore also does not have fresh produce, but rather junk snacks. I would like to find fresh produce there too,” he said.