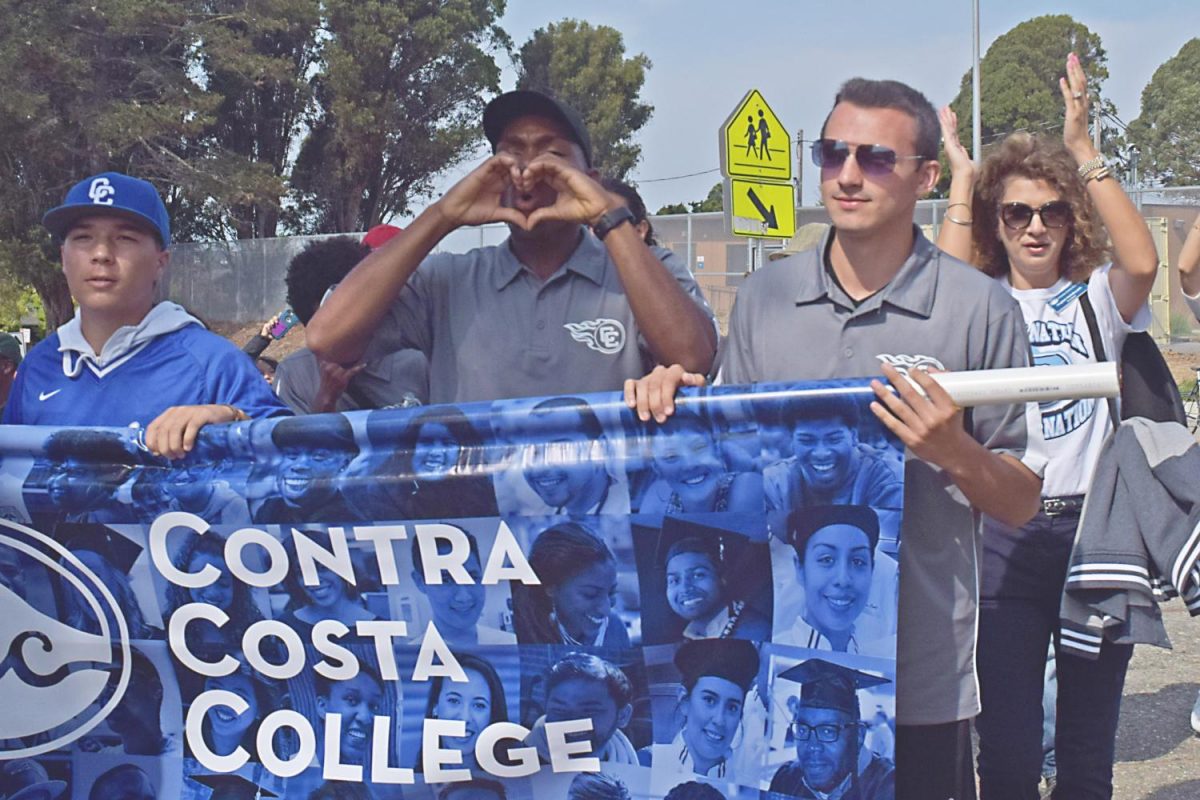 A Contra Costa College student chants while marching during the El Cerrito Centennial parade in El Cerrito on Sept. 16.

The city of El Cerrito celebrated its 100th year of being a city by hosting a centennial parade on Sept. 16 that meandered through the city’s streets.

CCC President Mojdeh Mehdizadeh said, “We are proud to represent Contra Costa College here in the city of El Cerrito that we serve as really their choice college.”

Mehdizadeh said, “The mayor actually notified us about four months ago. She serves on our college Foundation Board and she asked if we would be willing to be part of this incredible event. Of course we jumped on it. Who wouldn’t?”

“I mean it comes around every, well, one hundred years,” she said.

Michelle Fadelli, a volunteer with the city’s Centennial Committee said she helped organize the volunteers in order to prepare and organize for the day.

The parade extended 1.7-miles and began at the Safeway in El Cerrito on San Pablo Avenue where all of those participating gathered in order to walk their way down Hill Street, Elm Street, Richmond Street, Moeser Lane and finish at Cerrito Vista Park.

Many residents of El Cerrito stood outside their houses in order to watch the parade.

Some residents even got comfortable enough to set up their own entertainment, like neighborhood member Vincent Olivero who set up his own corn hole game.

Neighborhood member Pamela Yachdv took advantage of the parade in order to advertise her own organic soap business.

At Cerrito Vista Park there was music and entertainment for everyone. There were also booths set up for all of those who walked and participated in the parade in order for the public to receive information on them, such as the college and the youth sports leagues.

The event offered everyone free sandwiches with vegetarian and non-vegetarian options along with free water and protein bars.

The event went on until 3 p.m.

Founded by refugees of the 1906 San Francisco earthquake, El Cerrito was incorporated in 1917 as a village with 1,500 residents.