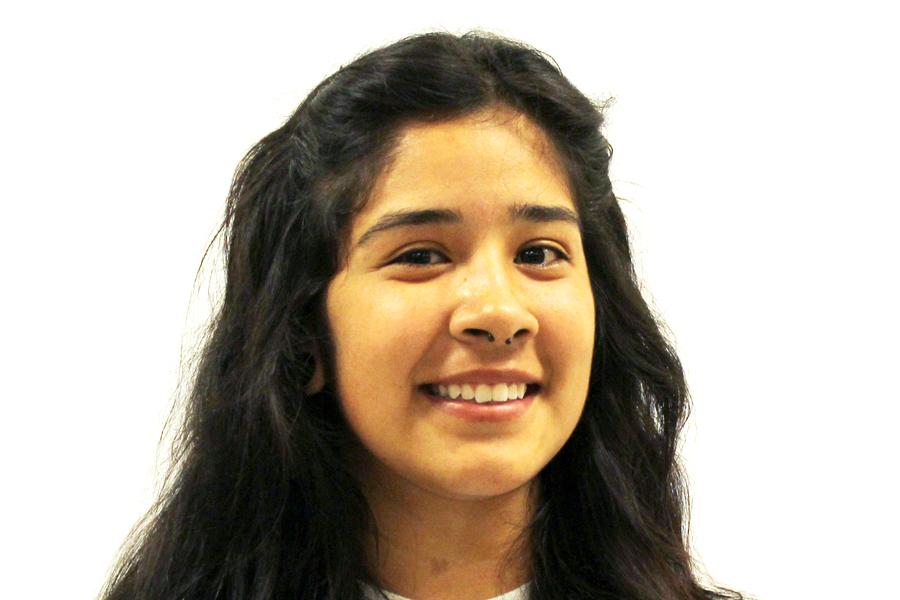 Students that have migrated to the United States and have been granted temporary residency status feel victimized by the use of terms used to identify them, like the term “illegal alien.”

For many DACA(Deferred Action for Childhood Arrivals) students the term is offensive enough to make them feel unwanted.

It hurts even more when hateful terms are used by political leaders.

However,  the idea of a green, highly advanced, large-headed creature from out-of-this-world might not be as bad as you think, at least not the way I see it.

This certainly is not meant to dismiss the need to stop the term from being used. Instead, it should be used in a positive way.

Although the use of the term “illegal alien” damages the reputations of almost 800,000 rightfully documented students and their families, there is still light to be found in unclear areas surrounding this issue.

One example would be the idea of an extraterrestrial, considered to be a highly advanced creature capable of traveling from distant galaxies.

Without proper documentation, these beings journey across the vastness of space and are feared when they bring their way of life to the foreign lands of America.

With science continuing to seek beyond the reality we live in on earth, there is no wonder why alienated creatures are feared.

If the idea of an invasion by aliens that vessel through space in intricate spaceships isn’t enough to make aliens seem cool, then the possible removal of the word from our common vernacular is the only possible solution.

As absurd as the idea of green creatures taking over Earth, so is “Alien” not the best word to use when describing migrants from Mexico, Asia, and Central and South America because it refers to people, not imaginary beings. People, with real families, do not come from outer space or the unknown, but from countries next door, in some cases, fleeing from violence or political distress.

Impactful political leaders, like President Trump has on multiple occasions, used terms akin to illegal aliens in his political speeches prior to and after becoming President.

In comparison to the common perception of an extraterrestrial alien,  students of undocumented families have been slandered with an uncalled for alienating term used politically to describe a people of a certain nationality.

Generally, in American news coverage, it is the immigrant families from Mexico who get labeled with the title of illegal immigrant.

When families come from Africa or China, they are merely immigrants looking for a better life.

Voyaging into new spaces has been an instinctual human desire, especially when families feel the need to find safety.

America has been called the land of the free and the home of the brave.

According to the AP style online which offers proper grammar and styling for writers, the term illegal should be used when referring to an act not a person.

I’ve thought for some time that an ideal president would hold the interest of uniting people of all nations.

I suspect likability is important and is a necessity for people with differences to come together in an inclusive, constructive society. Then we need more likability in the world.

America is not perfect, but unifying under one goal is necessary to become a nation for people of all ethnicities.

However, we still have a long journey ahead of us, hopefully, paved with positive language rather than the negative words that people use to define each other.

Without abolition or embracing these negative terms, words used to describe people we deem undesirable will  always carry their sting.

If we are aliens, then we are intelligent, traveling beings here to make ordinary lives better.

However, when we arrive, we will not be asking for anyone to take us to your leader — he’s a bad Hombre.