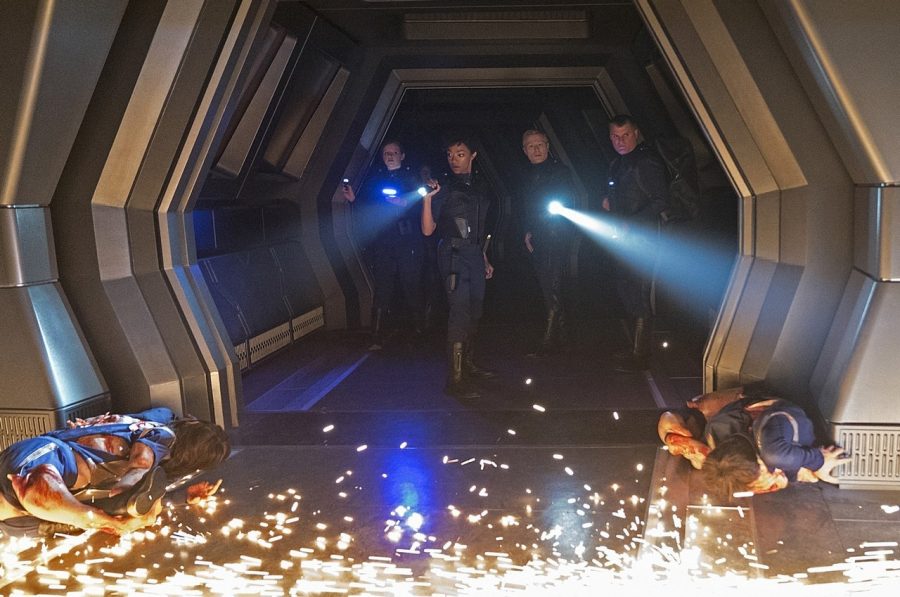 The “Star Trek” series for a new generation successfully crafts an interesting world full of potential but leaves doubts with inconsistent storytelling.

“Star Trek: Discovery” is the first Star Trek television series in 12 years. The weekly series is four episodes into its 15-episode first season.

Set 10 years before the start of  the original “Star Trek,” the story explores the start of the Klingon-Federation War. The show seems to take a different approach to typical “Star Trek” storytelling in several aspects while remaining familiar to what the series historically has been.

She is the first protagonist in any of the series to be a lower rank than captain. It creates a different dynamic with how she interacts with those around her.

Burnham is a human raised by Vulcans and follows their culture and traditions. She has a unique character arc that hasn’t been explored in the “Star Trek” universe.

Unlike other iterations of “Star Trek,” the central focus of the series is Burnham rather than extending to the crew. There most likely won’t be a single episode that doesn’t feature Burnham, while there were episodes in previous seasons that wouldn’t feature the captains.

There is a definite “Star Trek” feeling to the show that gives an optimistic outlook. The key themes in “Star Trek” have been hope and exploration, present in “Star Trek Discovery.”

The USS Discovery is a science vessel with all of its resources being shifted toward the war effort. There are many crew members that are focused on scientific explorations and are each grappling with being rapidly thrust into a unified battlefront.

Dialogue, another “Star Trek” staple, shares in the forefront. The rapid ping pong dialogue on the bridge is quintessential “Star Trek.”

The dialogue rarely ventures into cheesy territory, which can become an issue on shows produced for network television.

The optimism gained from watching episodes one and two is dampened by lackluster storytelling in episodes three and four. Many of the characters’ motivations for certain actions become unclear. The storytelling isn’t unclear for the sake of foreshadowing.

During the first two episodes there is a clear progression as to why characters act the way they do. However, during the next two episodes the clear motivations give way to snap decisions without much, or sometimes poorly explained, rationale.

The bellicose Klingon race serve as a quality “big bad” and their story arc serves as an allegory for the modern day rise of fringe nationalist parties in the United States and Europe.

Behind the battle cry of “Remain Klingon!” the Klingon Empire’s 24 houses unite against the United Federation of Planets.

The focus on the Klingons opens opportunities to explore the most fascinating race in the “Star Trek” universe with modern effects and sets. The Klingons are highly ritualistic, culturally rich people.

Early in the series several rituals are depicted with the gravitas the Klingon deserve.

The Klingon scenes suffer from the same issues in episodes three and four as the rest of the show. There isn’t much progression. Every Klingon scene is done in their native tongue (with subtitles) which is an interesting decision. It makes sense. It’s a smart, lore consistent decision but takes away some of the interesting qualities of the Klingon.

The Klingon lose some of the classic Shakespearean delivery in English in favor of a more natural delivery in their native language.

“Star Trek Discovery” is simply a good show. “Good” is all “Star Trek” fans can ask  for after 12 years of having to sit through terrible movies without a true television series to enjoy.