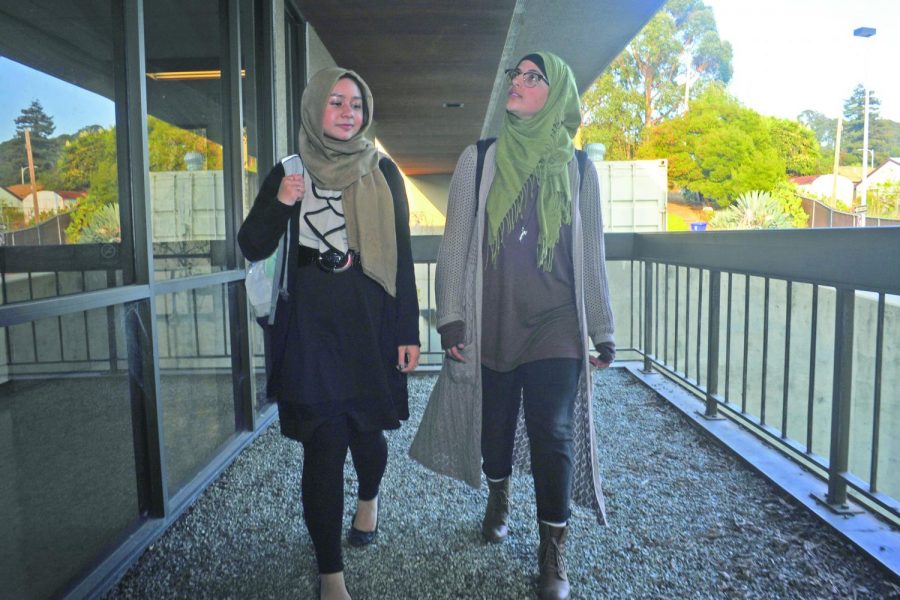 The Muslim Student Alliance (MSA) now has a location for its interfaith mediation room on the balcony of the second floor of the Applied Arts Building.

Open to any religious and spiritual belief, the converted space will provide chances throughout the day for students to practice their faith in peace and quiet.

Dean of Student Services Vicki Ferguson said MSA President Rayah Alammari told her that students from any faith or belief did not have a dedicated space to pray, meditate or reflect throughout the day and in between classes on campus.

“I put the proposal for an interfaith room on the Operations Council agenda last semester,” Ferguson said. “I shared the proposal and the committee was open to the idea. The next steps were to find a location.”

Ferguson, along with Building and Grounds Manager Bruce King and Director of Business Services Mariles Magalong surveyed the campus for available space.

During the Operations Council’s first meeting of this semester they were shown two possible locations and at the following meeting the committee voted for the balcony on the second floor of the AA Building.

Alammari said, “I know they had a struggle finding a room because of all of the construction going on, but Dean Ferguson contacted me this semester and said she wanted to show me a room and it is beautiful. It’s great.”

The balcony is currently an open space with large glass windows and a pebbled floor.

“We’ve never had a specified prayer room in the past,” King said.

There are ideas of putting in artificial turf or outdoor carpeting in order to cover up the rocks as well as adding curtains or blinds for privacy.

“We are discussing some kind of tarp for the weather during the winter,” he said. “We can get 10 people in there with no problem, but if we get 50 people up there then there is a problem.”

The interfaith meditation room was proposed by Alammari to Ferguson in March as a sanctuary not only for Muslim students but for students of all faiths and beliefs.

Alammari said she has been at Contra Costa College for two years so her time for prayer falls multiple times throughout the day.

“I would go to the Library behind the bookshelves to pray and see that I was not the only one in need for prayer,” she said. “Multiple students were in need of a place to pray.”

However, the only place quiet and devoid of crowds was behind the stacks of books in the Library.

Seeing that she was not the only one in need of a quiet place for prayer, Alammari brought it to the attention of Ferguson.

“I thought my request was something not out of the ordinary because CCC is so diverse,” Alammari said. “I put together a presentation with all of the MSA’s support and showed examples of other places that have an interfaith rooms, such as hospitals, and showed it to Ferguson, who was very supportive.”