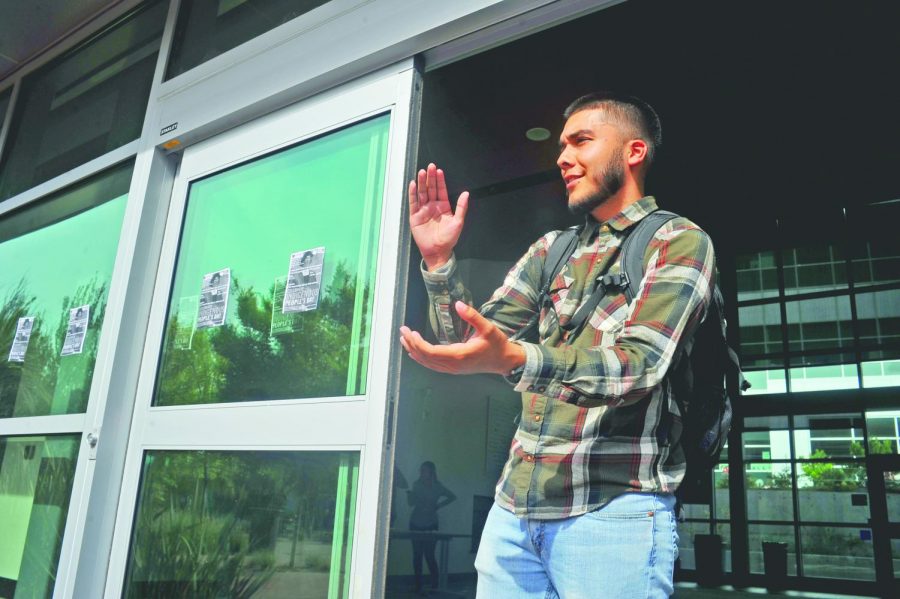 Before the La Raza Student Union celebrated its Indigenous Peoples’ Day event in Fireside Hall, there was a demand for the event to be stopped because someone considered the day to be “racist,” economics major Oscar Martinez said.

“We commemorate the natives — the real Americans. Two-thirds of them were murdered and forced to assimilate alienating their own way of life to compensate for the American way,” Martinez said to the group of Contra Costa College students who attended the event on Oct. 10.

Indigenous People’s Day was first adopted in Berkeley in 1992 on the 500th anniversary of the arrival of Christopher Columbus to the Americas.

Martinez said Indigenous Peoples’ Day not only celebrates indigenous people, but some may see it as condemning America’s founding fathers.

In order for cities to celebrate Indigenous Peoples’ Day instead of Columbus Day, the people of the cities that do celebrate indigenous people must share the story in their communities and come together to celebrate, he said.

“Cities in the Bay Area are the most diversified and if you go to other cities (in California), they aren’t as diverse,” he said.

For those who commemorate Christopher Columbus, Martinez said, “They need to get their history straight. Maybe take a class, or watch a video, to get informed about what really happened.”

For the celebration, the LRSU opened its doors at 2:30 p.m. complete with music, poetry and strawberry agua fresca.

The actual event started at hour later than expected because of low attendance. This prompted members of the group to prowl the campus and invite students into the Fireside Hall to enjoy talks and interact.

An open mic allowed students to express their poetry or music, to commemorate the tribe members of Native Americans who were killed and those who continue to remain resilient.

“Ni de aqui, ni de alla. Not from here nor from there. Where am I from? No soy de aquí, ni soy de alla. I am a walking contradiction and I am proud of it,” he said.

Support for the group of students who organized the event inspired members of the audience to come to the podium and share words or play music.

LRSU Secretary Minerva Arabalo said it is important for people to know the real history of the United States rather than what was taught in elementary school.

Psychology major Marlene Rodriguez said, “Schools have been teaching kids the wrong history, so I think changing that starts with parents — the proper information is necessary.