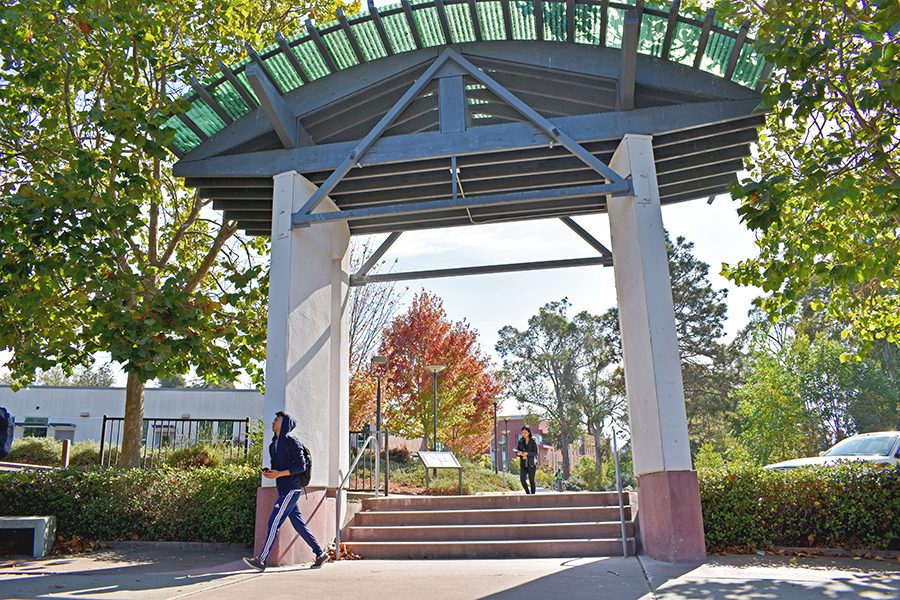 The proposed archway signage is set to go back to the drawing board in an attempt to rethink the two proposed locations, as well as to consider two additional options.

The first location being brainstormed is the foot bridge over Rheem Creek on Comet Way near the drop off area near the Student Services Center.

The second location proposed is the roundabout island located at the main entrance of the campus on Mission Bell Drive.

Vice President of Student Affairs Ken Sherwood will give additional locations that are being brainstormed by the committee to the engineer, so that they may also be taken into consideration.

The engineer will provide a report on the work required to install the archway in each of the proposed locations. This would also be shared with the committee.

Sherwood said, “The archway design had been discussed at an Operations Council Committee meeting and that it posed some unique issues.”

The different locations all come with their share of financial burden and minor inconveniences, such as the relocation of other signs, the cutting of trees and some landscaping issues.

“The location to be used also determines the difference in the size of the sign,” Buildings and Grounds Manager Bruce King said. “The sign was the brainchild of former Contra Costa College president McKinley Williams.”

Williams served as president from 2006 until his retirement in 2012 and even though it has been nearly six years since his retirement, his dream, vision and legacy is being realized.

There has also been talk of a sign at the archway of the CCC’s Bus Transfer Center, but according to Middle College High School student Kobi Cannoni, “There is already a sign when you drive up. There is no need for a new one.”

Nineteen-year AC Transit employee Darrell Brown said, “The bus has an automated system that orally announces the location of the bus.”

Both the MCHS student and the AC Transit employee suggest that the sign may be a waste of money.

But CCC student Chime Nwamuo said, “A sign is better because it will help people to know where they are.”