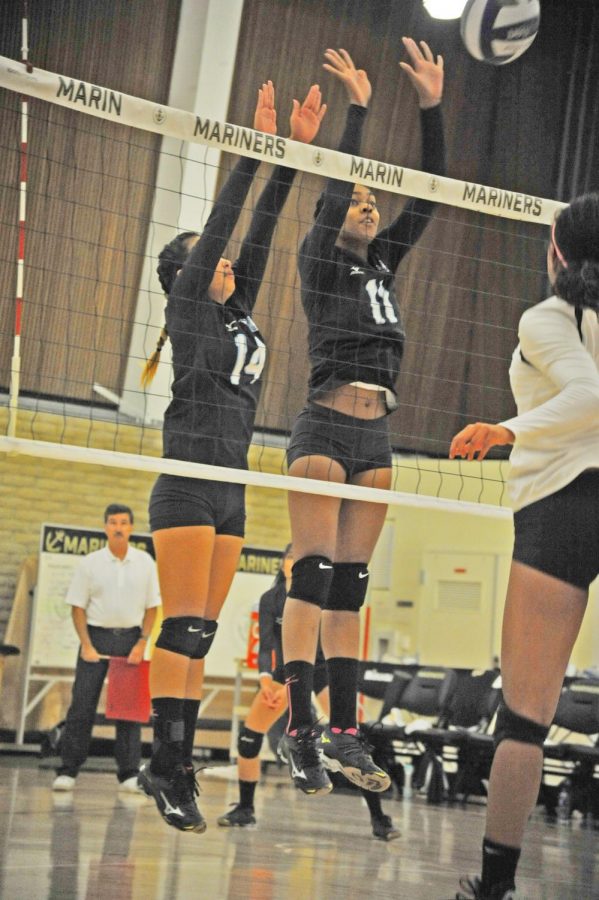 Due to the massive rescheduling caused by the effects of the North Bay fires, the Comets scheduled home game against Mendocino College had to be rescheduled. On Oct. 18 the contest was set to happen as the tail-end of a doubleheader following their game against the College of Alameda in the Los Medanos College gymnasium.

Coach Christy Tianero said she fought for the team not to play a doubleheader and lose a shot at a home game, but after debate she settled for playing in the Los Medanos gym.

LMC was already scheduled for a home game against Mendocino College.

The Comets ended their three-game losing streak in the first game of their Oct. 18 doubleheader against the College of Alameda.

However, as one losing streak ended another began.

In the latter portion of the doubleheader, against Mendocino, a fatigued Comet team struggled to maintain an effective offense or defense leading to the team dropping two straight sets (25-17, 25-20).

Tianero said she knew the team would get tired during the doubleheader.

“When we play in the classics (tournaments) they have to play two games. The first game is ‘energy’ and the second game is like ‘whoa, what the heck’,” she said

Right setter Angel Munar said she thought the team would be ready for a doubleheader.

“Once we actually played we were damn near dead in the second game — against Mendocino,” she said.

Down two sets to the Eagles and the team wilting, a spark ignited in the Comets and they entered set three with a renewed energy. Setter Joshleen Ayson said the team unified together to pump each other up.

“I told them if you look back at this game you don’t want to regret it. No matter how exhausted you are you need to push yourself,” Ayson said.

The Comets stormed on to win set three against the Eagles 25-20.

As quickly as CCC propelled themselves to a set victory, their fire burned out.

Mendocino ran through the Comets in set four in a 25-9 drubbing to end the game. Tianero said set four against Mendocino was one of the worst sets they have played all year.

“I told the girls we have nothing to lose here against Marin and I thought they played really well,” Tianero said. “Everyone was playing hard, moving and we had a couple of really long rallies.”

“We could have beaten them, but we didn’t have the energy. (Today) they will be the only game we have,” she said.