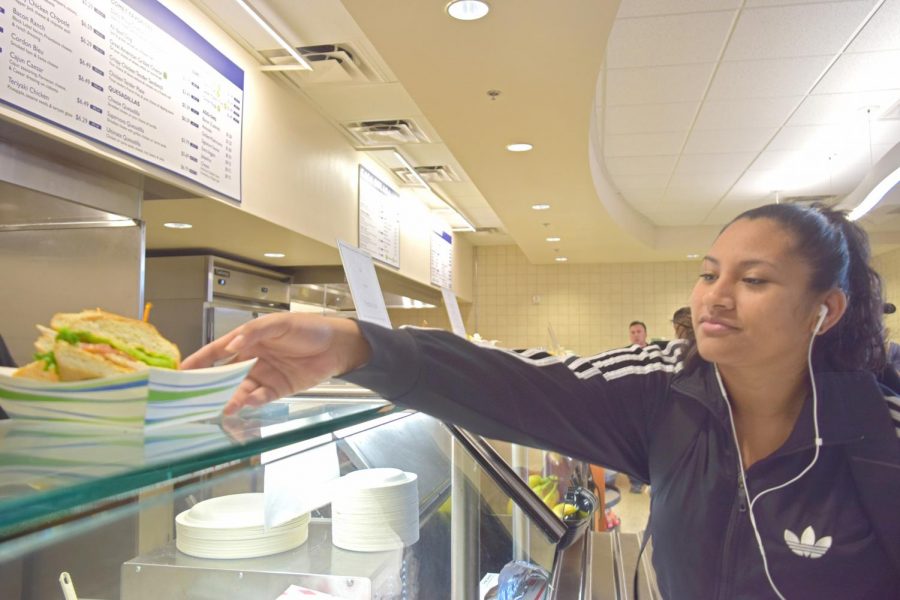 For some people, the little green logo next to the chicken on the Brix menu is merely a symbol. But for others it’s a sign of respect and inclusion.

The Halal chicken option is a protein permissible for consumption for students or faculty who practice Islam.

“(It’s good), even if it’s one Halal chicken sandwich to signify, ‘We know you are here, we respect your religion and you are not being shamed for your beliefs’,” Muslim Student Association President Rayah Alammari said.

The method of slaughtering the animal is a requirement in order for it to be qualified as Halal.

When slaughtering animals or poultry, a precise cut to the jugular vein, carotid artery and windpipe must be performed and the animal must be healthy, under no stress and the blood must be drained from the carcass, according to Islamic Law.

Contra Costa College is home to a diverse population of students and staff from varied backgrounds.

Brix Chef Jason Rogers said the Halal chicken option has been on the menu since the birth of Brix on campus on January 2016.

Having the Halal logo on the menu did not suffice, so Rogers said he put out a sign to let students know they had that option.

Brix worker Gloria Quintanilla said when people see what the food looks like, it helps them decide what they want to order — especially when it is something people may have questions about.

When students order the Halal chicken option on the menu, Rogers said he describes it as an “animal that has been sacrificed in a proper manner.”

Muslim and non-Muslim students can request for their chicken sandwiches to be made with Halal chicken and it can be put on anything from a chicken salad to a Comet Classic Burger.

Alammari said it’s difficult to find places to eat that offer Halal selections and remembers when she discovered the Halal option on the Brix menu.

He answered, “How do you know it’s really Halal?”

When Alammari told MSA members about Halal chicken being on the Brix menu, she said they were equally as excited because they were now able to eat on campus without feeling guilty.

When cooking with Halal products, ensuring the cooking area is free of other non-Halal meats is an essential step.

“I’ve asked them to wash the spatula or change their gloves,” Alammari said.

Sous Chef Andreana Walker said they cook the Halal chicken at the beginning of the day so it cooks on the grill before any other meats.

Alammari said some people in the Muslim community are very particular about what they eat and prefer not to order from anywhere else other than Muslim places.

“Even at a Muslim restaurant you wouldn’t expect the person to know. The worker just cooks it.

“There is also an aspect of being skeptical. That is where my dad came in.”