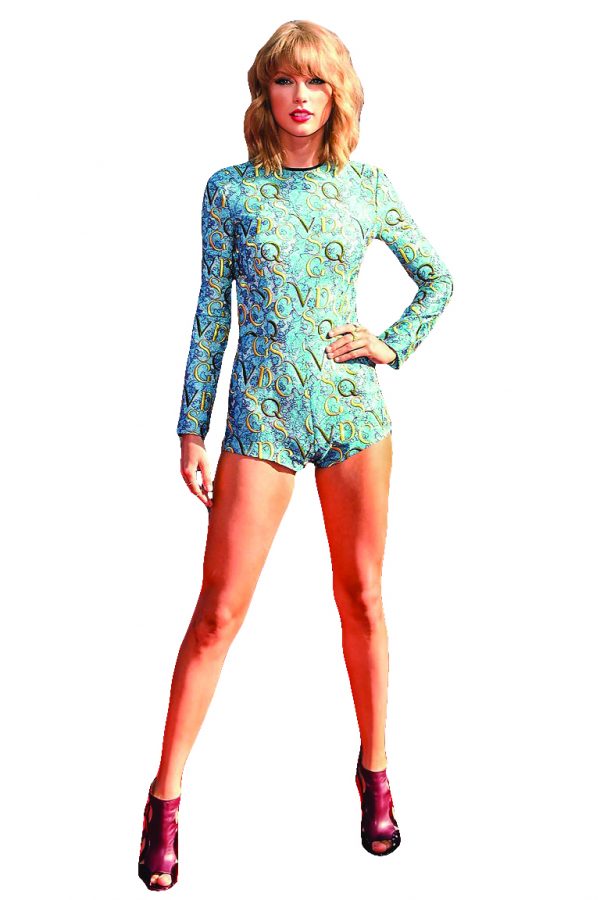 Admittedly, I missed the meteoric rise to fame of the Pennsylvania native and pop star mogul Taylor Swift over the past 15 years.

Like many with my musical sensibilities, I was abruptly introduced to America’s latest sweetheart and the idol of fair-haired girls globally in 2009 at the MTV Video Music Awards.

Swift attended the show to accept the Best Female Video award for “You Belong With Me.”

As she stood on the stage, innocently, slim and blonde, delivering her acceptance speech, an irate Kanye West bougarded his way on the stage and uttered a handful of words that live on in infamy.

That’s how I was introduced to Swift.

With her country/pop musical roots, her artistry has soared completely under my radar. Aside from commercial use, or background noise at sporting events, I can honestly say I have never heard a complete song from the icon.

Now, with the release of her chart-topping sixth studio album “Reputation,” I felt it was time to give Swift a chance — or maybe I’m under some kind of spell.

The marketing plan for “Reputation” intrigued me. Already attaining platinum status, the project, released Nov. 10, remains atop the Billboard top 200, for its third week in a row, despite being unavailable on streaming services until this past Friday.

Billboard.com reports Swift is the first female artist since Adele accomplished the feat, to spend at least three straight weeks on top of the Billboard top 200 chart.

I first heard of “Reputation” by way of the alt-right with its adoption of Swift’s first music video and single from the project, “Look What You Made Me Do,” as its call to action.

Unquestionably tainted by the racist rhetoric of the alt-right, I watched the video and saw all of the hidden nazi-esque symbology that they felt was meant for them.

I had to give the 15-song auricular manifesto that is “Reputation” a thorough listen — objectively of course.

“Reputation” introduces itself to listeners with “Ready For It,” a futuristic faux hip-hop meets summer blockbuster movie soundtrack that is just urban enough to bounce to, but harmless enough to play at grandma’s birthday party. Make no mistake, there is rhyming over beats in “Ready For It” but it’s not a rap song. There is something hollow about it, yet, it’s somehow inviting.

It’s the musical equivalent to popcorn.

Track two, “End Game,” my favorite track from the project, features Ed Sheeran and Atlanta-based rapper Future. The track features something absent from far too many pop tune — a baseline the listener can roll down the windows or drop the top and ride with.

Tracks three, four and five — “I Did Something Bad,” “Don’t Blame Me” and “Delicate” — are exactly why I’m not a fan of pop music.

I felt duped, drawn in by a Future track, only to be led into the headphones of a teen blowing their allowance on skinny distressed jeans from Abercrombie on a Saturday afternoon. I found the music is well produced, it just didn’t speak to me.

I’m obviously too contaminated to judge track six, “Look What You Made Me Do.” Sadly to me, it’s already become the alt-right anthem.

In what I consider video game loading music, tracks seven and eight could win Grammy Awards for songs best suited to stare at a loading icon while waiting for stimulating entertainment to begin.

Affectionately titled “So It Goes…” and “Gorgeous” capture all of the emotion of a quiet evening alone on Xbox live, however, part of the chorus to “So It Goes…” was stuck in my head for hours.

I never really saw her that way.

I do know that a lot of the impetus behind many of the songs Swift pens are the lovers the singer has captured and failed to hold on to.

When artists and producers make music geared toward a pop audience, I know I’m not the person they are targeting.

Tracks nine through 13, my least favorite stretch of music on “Reputation,” are exactly what I imagined Swift’s music to be.

“Getaway Car,” “King of My Heart,” “Dancing with Our Hands Tied,” “Dress” and “Why We Can’t Have Nice Things” collectively sound like the soundtrack to the latest PG rated teen coming of age movie.

Track 15, “New Year’s Day,” belongs with the above songs as well.

The songs harken back to fun-filled summer days of high school when problems were small and the next party was just around the corner. Precisely the opposite of what the political and social climate is in America today.

Lyrically, track 14 sits the best with me. “All my flowers grew back as thorns, windows boarded up after the storm, he built a fire just to keep me warm. All the drama queens taking swings, all the jokers dressing up as kings.”

It is a good illustration of the Taylor Swift that I thought I knew and a glimpse into who she really is.