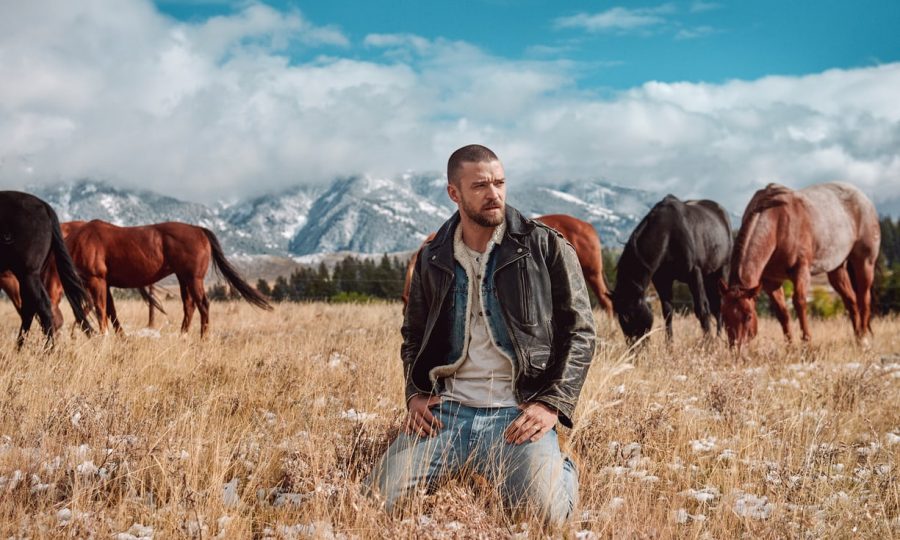 Justin Timberlake is set to release his fifth studio album, and first in five years, “Man of the Woods” on Friday. The album release is two days before Timberlake is scheduled to perform during the Super Bowl Halftime Show on Sunday.

After several years of relative quiet in the music scene, Justin Timberlake is back with a whimper.

Timberlake is gearing up to unleash his upcoming album “Man of the Woods,” with three unremarkable singles released over the past month.

With “Man of the Woods,” Timberlake seems to be attempting to force a change. Now, Timberlake is trying to portray himself as a conscious man of the people, trying to eschew creature comforts for a flannel button up. He’s channeling pure Americana.

The three singles Timberlake has released, “Supplies,” “Say Something” and “Filthy” aren’t all in line with his apparent newfound image.

One would imagine a pop star going back to their roots would lead to some acoustic tracks or maybe a bold shift in sound. For Timberlake, however, this image change seems to only lead to safe music that’s not even fun or danceable like Timberlake’s music usually is.

Timberlake has always had an issue with his music having an inauthentic feeling to it. Latching on to soul music and R&B tropes, Timberlake wasn’t necessarily on the cutting edge, but instead he packaged his decent pop music with a general aesthetic that elevated it beyond itself.

None of that charm and aesthetic can be found in Timberlake’s new singles.

“Filthy” was the worst track in the trio. Not only are the dubstep sounds an outdated attempt to sound cutting-edge, but those sounds are some of the most generic and safe sounds he could have used.

The problem with “Filthy” is that the song is lacking in any personality to make it feel like a Timberlake song. It’s not a particularly sexy song, nor is it catchy. Timberlake doesn’t give listeners a strong melody to latch onto to carry them through the song.

It seems like Timberlake was trying to recapture the sound from his 2006 album “Future Sex/Love Sounds.”

The vocals blend into the song to become indistinguishable and droning as the instrumentation follows a basic loop that isn’t groovy enough to be worth the repetition. It’s a five-minute track that has no right to be that long.

“Supplies” is a fine song, but doesn’t really stand out. The safe, unadventurous feeling found in the dubstep bass on “Filthy” is the same here on “Supplies.”

The beat doesn’t command anyone’s attention. Timberlake does just enough to craft a song with a verse and hook while throwing curveballs. Instead of a safe dubstep, it’s safe hip-hop inspired R&B.

There, clad in his high fashion, he takes to the streets with the people trying to fight the good fight.

However,  Timberlake sticks out like a sore thumb. He is as tone-deaf and inauthentic as that Kylie Jenner Pepsi commercial from about a year back.

Him failing to come off as a man of the people makes it hard to believe that Timberlake’s shift in sound will be anything but lackadaisical and surface level when “Man of the Woods” hits stores and streaming services across the world.

“Say Something” is the best track out of the three pre-release singles because of the guest artist Chris Stapleton. Stapleton’s vocal range and powerful voice elevate the song in the chorus and his verse. The acoustic guitar is a nice change of pace as well.

“Say Something” is a pop-country that sounds like it fits the “Man of the Woods” theme Timberlake seems to be going for.

The three singles don’t give a clear vision for what this Friday’s album will contain. On one hand there are songs like “Supplies” and “Filthy” which are average Timberlake songs that don’t really change his formula.

On the other hand we have the stripped down rootsy image Timberlake is going for with the marketing and the country infused “Say Something” which gives hope for “Man of the Woods” to truly be a new artistic direction for the pop star.