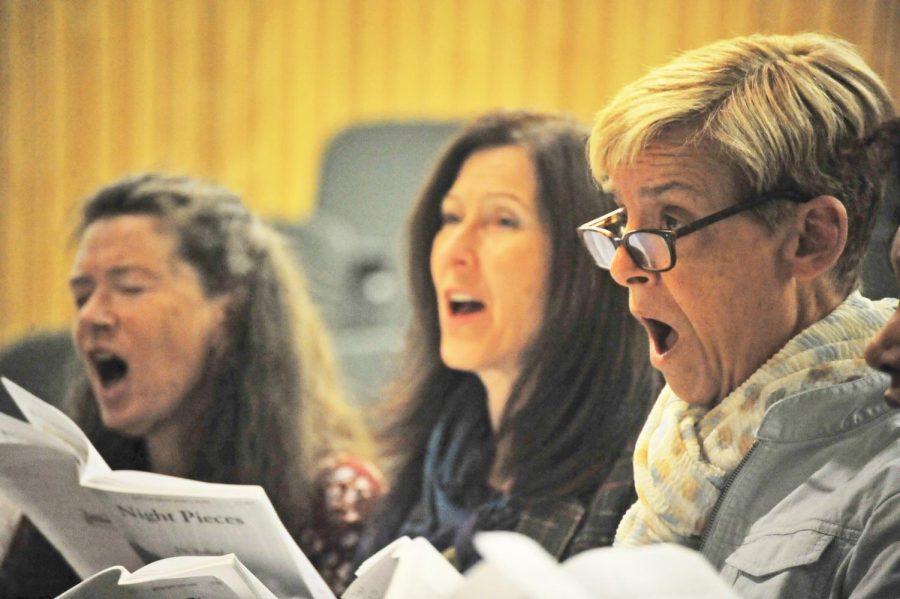 The Contra Costa Singers is one of three collegiate ensembles from across the country chosen to perform at Carnegie Hall in New York City on April 1.

The Contra Costa Singers, who come out of the CCC Vocal Chamber Music classes, are the only performers chosen from a community college to perform at Gotham Sings!, an annual performance series that showcases outstanding choirs, orchestras, bands and music programs.

The event will have three separate divisions — Collegiate Showcase, High School Showcase and Band & Orchestra Showcase — each only with a small number of groups chosen to perform.

The ensembles will have from 30 to 40 minutes of performance time and will be performing one piece with three movements, as well as three other pieces, for about 34 minutes.

For them to meet this time and give their best performances, the group has been rehearsing rigorously and practicing where and when to stress words, when to come together and also in sections as they have sopranos, altos, tenors and basses who must all come together to make a masterpiece of sound.

Ci Ci Taylor is a music major at CCC who has been in the music department since 2010, when she began by taking guitar classes. She is now a soprano for the Contra Costa Singers and alto in Jazzanova, another prominent vocal group in the department.

“Rehearsals have been more intense as we are getting closer to the Carnegie (performance),” Taylor said.

She said she enjoys working with her fellow singers and that they haven’t had problems within the choir. They take care of each other and know when and how to be professional.

She also said she appreciates the teachers, including music department Chairperson Wayne Organ who also sings in the group. She said he is always making sure they’re learning something new.

Music performance director Stephanie Austin will conduct the Contra Costa Singers in their Carnegie performance. She is also responsible for the creation of the group and the other more advanced department ensembles, Jazzanova and Jazzology.

“Everything is timed precisely for Carnegie Hall,” Dr. Austin said when referring to the performance that they will give and their attention to detail during rehearsals.

In order to be chosen for the event, the Contra Costa Singers had to audition over a year in advance by submitting previous live performances that showcased their musical repertoire, from classical to contemporary.

There will be 25 singers in total going on the trip, including 12 alumni singers from previous semesters who Austin rehearses with in the evening.

Contra Costa Singer Carol Kessinger is in her eighth semester with chamber. She said she loves singing with the full ensemble and she always learns from the other singers. The group has previously performed at choir festivals and high schools like De Anza, John Swett and Berkeley.

During the trip, some members of the chamber singers who are in Jazzology, the most advanced vocal group in the CCC music department, have booked a gig of their own at Club Bonafide in Brooklyn.

Ninoangelo Lastimosa is in both the Contra Costa Singers and Jazzology groups. He will be performing at Carnegie Hall and Club Bonafide.

“It’s humbling to know you’re performing in one of the most celebrated venues and sharing that moment with many others. I feel as though the bar has definitely been set high,” Lastimosa said.