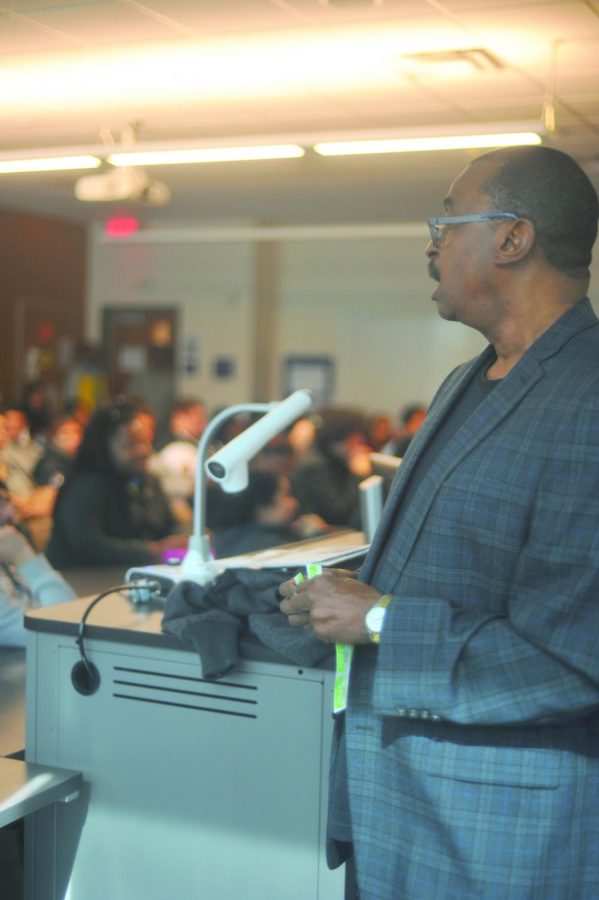 A film seminar led by sociology professor J. Vern Cromartie on Saturday informed students on the importance of the Gullah and Geechee people, their traditions and lineage.

Cromartie himself has Gullah and Geechee lineage that goes back six generations, about which he has written a book titled “The Morgan-Frazier Family Clan.”

He discussed his lineage and traced marriages in his family six generations back from himself. He outlined family traditions, like a burial ceremony Gullah and Geechee descendants perform during their annual family reunion.

It is a process Cromartie said they have been following since 1923.

Cromartie also spoke of Gullah and Geechee traditions and influences that are imprinted on today’s culture and the food that comes from the culture.

The Gullah are the descendants of enslaved Africans who held onto their African traditions as well as having their own Gullah language, which is a mix of African dialects, Creole and English.

They retained their culture through passing down traditions such as storytelling, folklore, music, food, basket weaving, baseball like games and many other traditions.

Geechee refers to people that escaped enslavement to join the Seminole Nation where they were free and fought alongside the American Indians in their three wars against the United States.

The seminar featured two films about the Gullah and Geechee people and their culture, traditions and daily life today. The first of the people discussed were the “Black Warriors of the Seminole” and the second was the film from “Florida to Coahuila.”

The Seminole Nation was a political confederation of American Indians in the 1800s, that included the Creeks, Muskogees, Miccosukkee, and Ogeechee.

During the Seminole Wars, Geechees fought alongside the American Indians when the United States was trying to remove them from their own land.

From Florida to Coahuila tells the story of the African people known as the Moscogos, also called Black Seminoles, and their tragic journey from Florida to the Coahuila and the culture on both sides of the border.

Maxwell Craig, a Contra Costa College student who attended the film seminar, said it was interesting to learn about the history of the Gullah and Geechee and their traditions.

“I didn’t know that a lot the food that I eat, like Okra, came from the Gullah and Geechee people.”

Craig said he had never known that there were black Latinos.

Cromartie credits his research of his family to his mother’s encouragement and her speaking to him about his family ancestry and “Roots,” by Alex Haley.

He has presented his work on the Gullah and Geechee at many conferences across the country, including in Tallahassee, Florida, and Indianapolis, Indiana. He also speaks on the West Coast in cities like San Diego and in Honolulu.

During the seminar, Cromartie also shared some important sociology terms related to the Gullah and Geechee people.

Cromartie continually placed importance on the fact that all Geechees are Gullahs but not all Gullahs are Geechee.

Many of the Gullah and Geechee people are located in North and South Carolina, Georgia and on coastal lands.