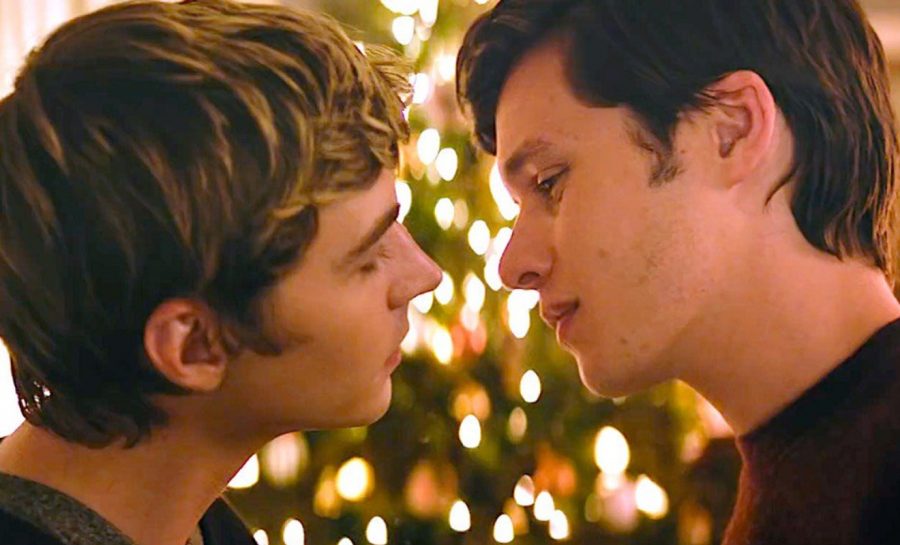 Before “Love, Simon” came out in theaters I was already a bit hesitant about seeing it.

As a mixed gay male, the trailer depicted a storyline of a white boy from a well-to-do family coming out to love and acceptance.

But for me and many others around the world, this scenario isn’t always the norm in society.

However, the coming of age romantic comedy, directed by Greg Berlanti, caught me off guard as I laughed, ugly cried and mentally reminisced on moments in my coming out journey that Simon, played by Nick Robinson, experiences throughout the highs and lows of the film.

Although LGBTQ-themed movies have become more prevalent over the years, “Love Simon” is groundbreaking in the sense that a big motion picture company, 20th Century Fox, is normalizing the coming out process, which hasn’t really been done before.

Opening everywhere Friday, “Love Simon” has instantly invaded the hearts of movie-goers for creating an atmosphere around the stigmas of “coming out of the closet” while using it to highlight the effects on friends and family through many of the film’s plot twists.

Straying away from the stereotypical Hollywood portrayal of gay characters, the film strips away the feminine and masculine dualities associated with the LGBTQ community and serves viewers characters on a path of self discovery.

Based on the book “Simon vs. the Homo Sapien Agenda,” by Becky Albertalli, Berlanti does a masterful job bringing each distinctive character to life while preserving the authenticity of the cliché hero romantic comedy.

From the opening scene, Simon pulls the audience into his life as he introduces his family, his friends and his “one huge-ass secret” — nobody knows he’s gay.

This is the anchor for the film, as Simon, who is a 16-year-old high school student, navigates one of the most difficult stages of life while carrying the weight of a secret that not even his best friends Leah (Katherine Langford), Nick (Jorge Lendeborg Jr.) and Abby (Alexandra Shipp) know.

It is in the relationships that unfold and the tension that builds around the secret where the magic of “Love, Simon” captivates.

Part of this magic is the issues the movie touches on that introduce a lifestyle to those who aren’t familiar with the LGBTQ+ community.

For instance, Simon recounts moments growing up when he knew he was different, such as his re-occurring dream of actor Daniel Radcliffe and the first time he kissed a girl.

A sense of understanding is felt not only for Simon’s character but what’s at stake if his schoolmates find out he’s gay.

For many, it is in high school where we are predisposed to the cruel world of judgment and teasing that transcends being gay, but can include being black, Mexican, fat, poor, skinny or whether or not you are wearing the best shoes.

We get a little taste of this bullying throughout the film when the typical jocks treat the overtly gay and feminine Ethan (Clark Moore) with disdain.

These scenes, which could have been cringe-worthy, are handled perfectly with humor, as Ethan’s sassy comebacks have you rooting for him to win.

Although the movie delivers laughs, they are strategically placed in between scenes of realization that things may not work out for the best.

And very much like the analogy of the Ferris wheel: one minute you are on top, the next you are at rock bottom.

This analogy is really put into perspective when Leah Facetimes Simon to tell him about the “closeted gay kid” who posted an in-depth, but anonymous, confession on “creeksecrets,” the school’s Tumblr page.

After reading the post signed with the pseudonym Blue, Simon responds with giddy trepidation, as they begin to develop a secret relationship through emails that leaves Simon wondering who, among his friends, is Blue.

However, things take a turn for the worst when Simon leaves his email account open in the school library and class clown Martin (Logan Miller) screenshoots the conversations and uses them to blackmail him.

Everything suddenly seems like it’s falling apart as the film turns to intense encounters, a web of lies and heartbreak as Simon struggles with the constant fear of being exposed.

“Love, Simon” is a winner, if not for the acting and chemistry, for the message.

The storyline evokes feelings not just for the LGBTQ+ community, but for anyone who has ever been in love, been judged or felt different.