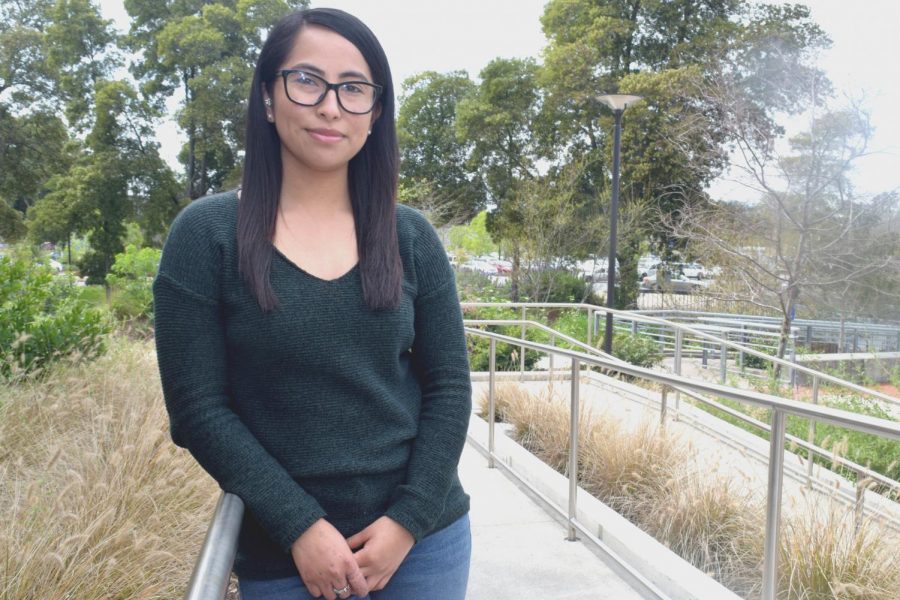 Student Success comes with peaks and valleys. People will either have to overcome or sink and drown in their hardships and failures.

Many people have goals in life while others just go with the flow and wait for tomorrow.

This concept of how to succeed plays a pivotal role in the life of clinical science and psychology major Mayra Martinez. Graduating from Middle College High School in 2014, she always made her education a priority.

Martinez took some classes for a year and half and then took a break from school for a while to focus on her personal life.

“I started to get down on myself because I had a time limit on when I wanted to be done with school. Then I started to realize not everything goes as planned,” she said.

Martinez was born in San Francisco but grew up in Richmond. She sees herself as the quintessential Bay Area girl. One of the reasons why she chose to come to Contra Costa College is because it was an East Bay school that was close to home.

Martinez said her experiences while being on the San Pablo campus have been a mix of many different things. She knew she wanted to go to college after high school, but wasn’t sure that she made the right decision to come here until she re-enrolled after her break.

“I love people and being able to help them. I like the atmosphere here at CCC and love the people that go here. It’s a very caring community that we have here on campus,” Martinez said.

Aside from hanging out with friends, Martinez likes to hike around the Bay Area with her husky and take in the beautiful scenery.

Student Services and Instructional Support Coordinator Joel Nickelson-Shanks described Martinez as an outgoing woman who gets along with pretty much everyone she comes in contact with.

“I’ve known Mayra since she was in high school and I have seen tremendous growth in her. Now she is close to transferring and I am very proud of her and the woman she has become,” Nickelson-Shanks said. “She is personable and a great leader in what she does.”

“Mayra is my right-hand person. She was the first person I hired when I became a part of Student Life. She made this office what it is today,” he said.

ASU President Alex Walker-Griffin said, “She is a valuable asset for Student Life because she always protrudes positive energy.”

It’s easy to visualize the stages of Martinez’s life as if they were acts in a movie. The beginning would be her trying to figure out her direction and in which way she wants to steer her life. Through trial and error, she sifted through certain paths that weren’t the right ones, then figured out how to overcome potential pitfalls.

Act two would find Martinez lost in life struggling to find her direction, while intensely working toward blazing her own trail.

Looking back, Martinez said she was OK with her time off of school because even in the moment, she knew it will just make her a stronger woman in the end.

The crescendo would be her whole life coming together. All the failures and hardships would eventually be worth it because they forged her success.

Succeeding through hardship molded Martinez into a woman who serves as an inspiration to others.

“The atmosphere in this area is cool. Everyone is understanding and that’s what I like about going to a college here in the Bay Area,” Martinez said.

Walker-Griffin has known Martinez since last fall. They have become close friends and she helps to motivate and guide him through certain aspects of school that she has already experienced.

“She (Martinez) is an understanding, charismatic and personable person. That’s why we have such a close friendship and it’s what makes her such a good friend and person,” Walker-Griffin said.

There is a quote by author Maya Angelou that Martinez has incorporated into her life which helped her through certain hardships and motivates her to keep pushing through life.

Martinez has learned through life, and through that Angelou saying, that words don’t mean anything to a lot of people and they will forget things you have said to them that could help them.

However, most people will never forget how you made them feel, because feelings never go away, good or bad.

“My main career goal is to get my master’s degree in political science and psychology. Then I plan to get my Ph.D. in psychology,” Martinez said.