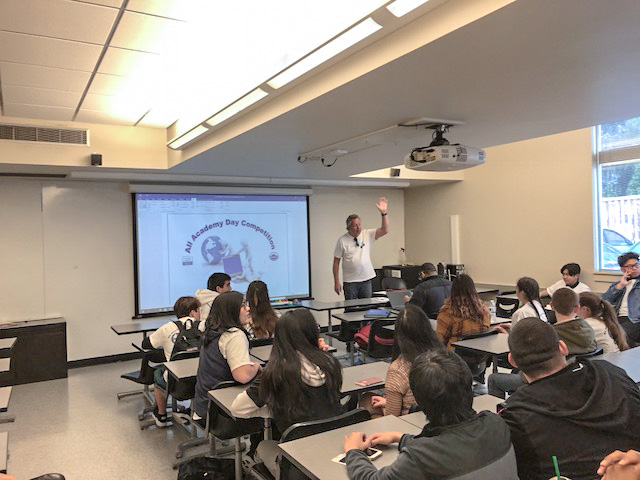 A tech competition at the end of last month let students use the knowledge they learned in class to compete on teams.

The All Academy Day Competition, held March 31 at Contra Costa College, gave students from the area a chance to compete against each other in various events including building a computer, securing a computer running Windows and troubleshooting.

The competition’s theme was “Fixing and Protecting the Internet” with events created to simulate security and hardware issues.

The main event involved teams building computers from the parts provided with points tallied based on proper use of tools and safety procedures, knowledge of the computer components and their ability to problem solve when an obstacle arises.

The same teams were then tasked with making a presentation outlining their experience with the building process, what problems they encountered and how they found solutions.

The other two events gave students the challenge of securing a smart home with the use of IoT (Internet of Things) and securing a version of windows through various security measures.

In the three different categories, students were scored with rubric style sheets based on various different criteria depending on the event.

Not only did participants learn valuable career skills but each member of the top three teams took home a quadcopter drone as a competition prize.

This competition is part of the bigger picture to help train students in real world applications.

“Four-year universities are not as focused on training students to work in the field because they don’t have the same flexibility as a two-year college like Contra Costa College,” said Reyes.

Reyes was hired last semester and has been working to help CCC move toward programs that help students get jobs right out of college.

He was prompted to do this because he noticed that when he was working in the field, the IT techs he was working with didn’t have sufficient knowledge coming from college programs.

By targeting a younger audience, consisting of primarily high school students, the hope is that there will be a surge of younger people in a field that really needs it.

All Academy Day Competition will be held at Diablo Valley College next year.